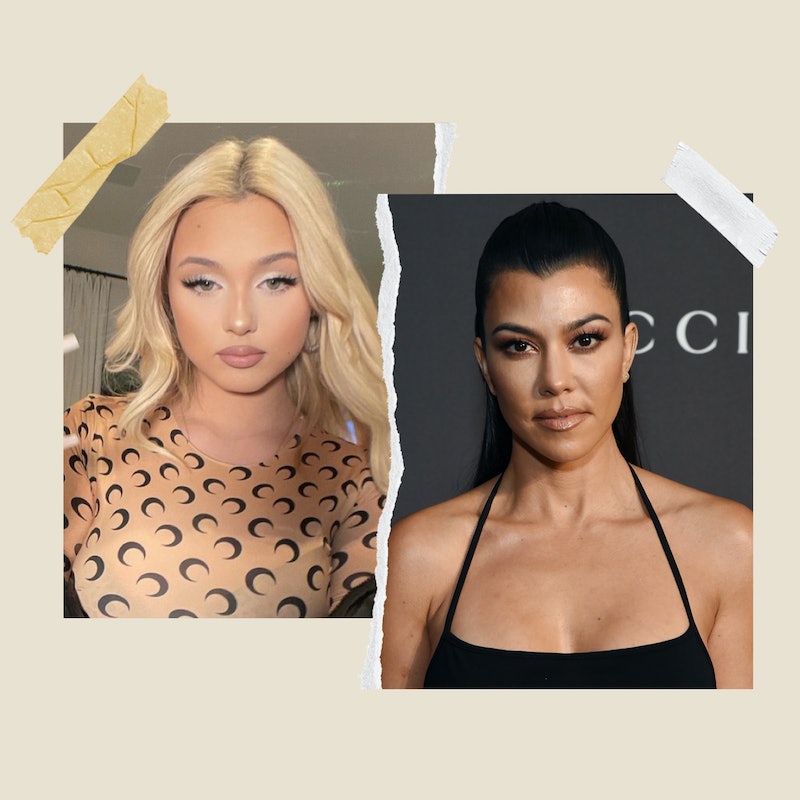 Roughly two weeks after Kourtney Kardashian and Travis Barker sparked marriage rumors, the Blink-182 drummer’s daughter made it clear that she considers the reality star a member of her family. According to People, it all started when Alabama Barker was asked if she’s ever met a Kardashian during a game of “Never Have I Ever” on a recent Instagram Live session. “That’s my stepmom,” the 15-year-old influencer responded, raising eyebrows everywhere.

Earlier this month, Kardashian and Barker went to Las Vegas, where they were featured making out on the kiss cam at the UFC fight. But it wasn’t long before rumors started swirling that the couple did a whole lot more than locking lips during their Sin City getaway. According to Buzzfeed News, speculation that the couple tied the knot was first prompted by a cryptic Instagram post shared by the Poosh founder’s hairstylist, Glen Oropeza.

On July 11, Oropeza posted a series of romantic photos of the couple on Instagram. “...NOWWW I understand why people tie the knot in Vegas. There’s nothing like love AND a good time,” he wrote alongside a series of suggestive emojis, including one of a chapel. He also reportedly went back and removed an engagement ring emoji, which he then replaced with a black heart.

Oropeza may have started the rumor, but several people close to the couple continued to fuel it. Alabama, for example, took to her Instagram Stories that same weekend to congratulate the couple without revealing what she was congratulating them for. “So happy for you guys,” she wrote. The speculation continued when Kourtney shared a photo of white roses she got from Khloé Kardashian. “Thank you Queen for being practically perfect in every way,” the Good American founder wrote on the card, making no mention of a wedding. “I love you long time.”

At the time, the flowers appeared to be an innocent gesture, but now that Alabama called Kourtney her “stepmom,” it’s possible that Khloé was just trying to keep the news under wraps. After all, the couple has reportedly been talking about marriage for a while now. In May, after the couple’s PDA-filled desert vacation, a source told ET that they “have talked about their future and the possibility of getting engaged and married.” “Kourtney hasn’t felt this strongly about anyone in a while and can see a forever with Travis,” the insider said.

ET’s source added that even though the reality star and the musician haven’t been together for a long time, they’ve “known each other for years and have a strong connection.” People magazine first reported that their friendship turned into a full-blown relationship in January. “They’ve been dating for about a month or two,” an insider told the magazine at the time. Another source told ET that their relationship was is “super easy” and that they “get one another.”

Kourtney confirmed the relationship herself on On Feb. 17 with a photo of the pair holding hands on Instagram. Barker reposted the photo to his Instagram Stories and dropped a heart emoji in the comments. Since then, the couple has written love notes to each other, enjoyed many romantic getaways, shared NSFW photos on social media, made out on a kiss cam, and possibly even exchanged their vows. Somehow, it’s harder to keep up with this Kardashian than ever before.