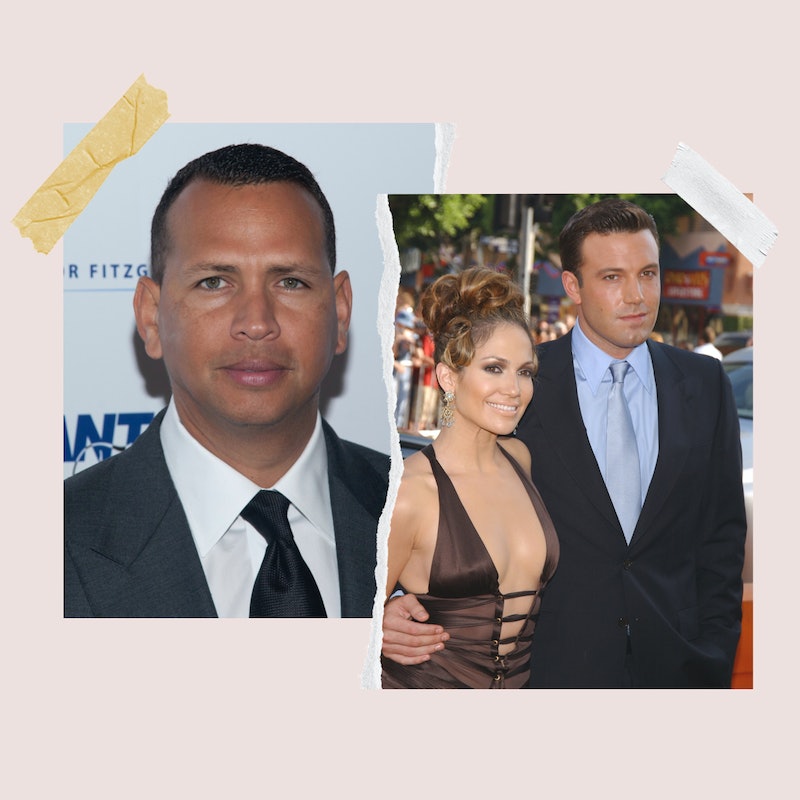 It seems that Alex Rodriguez is finally ready to move on from his relationship with Jennifer Lopez. The retired baseball player took to his Instagram Stories over the weekend to share a message about new beginnings, which comes amid reports that J.Lo and Ben Affleck have rekindled their romance after 17 years since their failed engagement. “I am about to step into a new beginning in my life,” A-Rod said. “Anything that doesn’t serve me is clearing out of my life. New energy is emerging. New levels are unlocking for me mentally, physically, and spiritually. I am remaining patient and know that this new phase of my life is coming.”

A few hours after A-Rod shared his statement on Instagram, photos surfaced online of Bennifer spending quality time together in Miami. According to Daily Mail, Affleck flew to South Florida to be with the “On The Floor” singer shortly after their week-long vacation in Montana. At the time, E! News reported that the duo was spending time “just the two of them” at the Yellowstone Club and that their reunion didn’t come out of nowhere. “They have always stayed in touch and had a strong connection,” the outlet’s source said. “She finally has had the opportunity to spend time with him and see where this could lead. They are very comfortable together and it’s easy. She wants to keep seeing him and is very happy.”

Per E! News, Rodriguez is not nearly as happy about the Bennifer reunion as J.Lo is, and he’s reportedly “shocked” that the Hustlers star moved on with someone else roughly one month after announcing their split. “He truly thought they would be able to make it work and reconnect,” a source revealed. “He has been reaching out to J. Lo trying to meet with her and she has been very short with him.” The insider added that the former New York Yankees shortstop was “saddened” to hear about Lopez’s reunion with the Justice League actor, and he reportedly called her to let her know how “upset” he was over the news.

However, Lopez seemed unfazed by Rodriguez’s reaction. “She’s not interested in rekindling anything with A-Rod and is done,” the outlet’s insider continued, adding that the “Love Don’t Cost A Thing” singer “always wondered what could have been” with Affleck. “The timing was never right and they were in different places until now,” the source added. Not to mention, the two go way back. Bennifer started dating in July 2002 after meeting on the set of Gigli. In November of that same year, the pair got engaged. Unfortunately, things went downhill and the couple called off their engagement in September 2003, the day before they were set to walk down the aisle. The following January, they broke up for good.

Prior to jetting off to Montana together, J. Lo and Affleck were spotted hanging out on a few different occasions. On April 30, Page Six reported that the Oscar winner was spotted at the singer’s home multiple times, and he was even photographed getting out of her white Escalade SUV. “They have been in touch here and there throughout the years,” a source told E! News when the reports first surfaced. “Ben reached out to her to see how she was doing and they had dinner together a few times within this last month. It’s natural between them and the chemistry is unreal. They picked up where they last left off and are enjoying each other’s company right now.”

The Bennifer reported surfaced just two weeks after J.Lo and A-Rod officially announced their split. “We have realized we are better as friends and look forward to remaining so,” they exes wrote in a joint statement to Today, released on April 15. “We will continue to work together and support each other on our shared businesses and projects. We wish the best for each other and one another’s children. Out of respect for them, the only other comment we have to say is thank you to everyone who has sent kind words and support.”

More like this
Jennifer Lopez Calls Moving In With Ben Affleck's Family An “Emotional Transition”
By Alyssa Lapid
Jennifer Coolidge Recites “Jenny From The Block” Beside J.Lo In Her First TikTok
By Jake Viswanath
Everything You Need To Know About Kanye's Post-Kardashian Dating Life
By Bustle Editors
Jennifer Coolidge Hunted For Jewels & Lashes In J.Lo’s Hotel Room
By Jake Viswanath
Get Even More From Bustle — Sign Up For The Newsletter
From hair trends to relationship advice, our daily newsletter has everything you need to sound like a person who’s on TikTok, even if you aren’t.