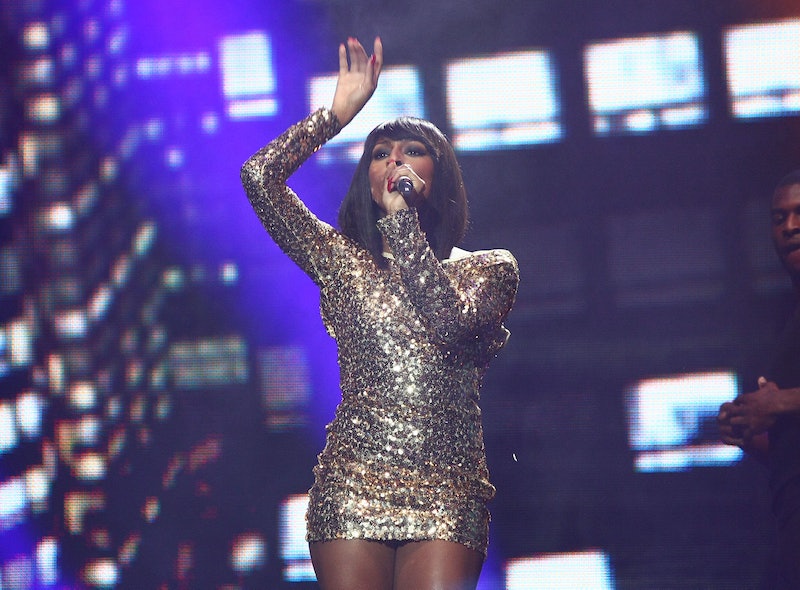 Last month, ITV’s long-running talent show X Factor announced it would be ending after 17 years. Meanwhile, one of the show’s most successful winners, Alexandra Burke, has opened up about the racism she faced in the music industry more than a decade after her momentous win in 2008, from distressing microaggressions to being told to bleach her skin.

Even though the entertainer says she had a “wonderful experience” on the X-Factor – singing live with Beyoncé in the process – Burke admits that it certainly hasn’t all been smooth-sailing these last twelve years. “We’re talking about it openly now because we feel safer to speak out. Otherwise, I’d be too scared,” the singer told The Guardian in a recent interview.

Burke, who was just 19 years old when she won the X Factor, says she first acknowledged the harsh realities of being a Black woman in the music industry after being told to bleach her skin by someone who was working directly with her.

“It only really hit me when I got asked to bleach my skin after X Factor,” she says, also explaining that her late mother, Soul II Soul songstress Melissa Bell, warned her that “people would inevitably bring up colour.”

In the eye-opening interview, the West End performer and pop star also shared an upsetting experience during her 2017 stint on Strictly Come Dancing.

“It was a beautiful show in honour of Sir Bruce Forsyth and I had my hair in a bun, with a couple of baby hairs. It was classic, classy; I had a black dress on. Half an hour before I was due on stage, my hair stylist came up to me and said: ‘I’ve just been told you look quite aggressive with this hairstyle. We need to change it.’ I said: ‘What?’ He said: ‘Your record label’s just told me you look aggressive, so we have to change it.’ I said: ‘What part of me looks aggressive?’ He said it was the baby hairs stuck to my head.”

It’s not the first time Burke has detailed racist experiences in the music industry. Burke was first inspired to speak out during the Black Lives Matter protests in 2020 and later spoke openly about her experiences on Leigh-Anne Pinnock’s groundbreaking BBC documentary, Race, Pop & Power.

In an Instagram video, shared in July 2020 the Hallelujah singer explained the profound impact the racism she’s experienced at the hands of the music industry and press has had on her career and mental health. “To be told all the time that because you’re a Black girl you won’t really make it that far in the industry, if you were white you’d be bigger than what you are right now, you’d be a Brit Award winner, but because you’re Black that hasn’t been for me.”