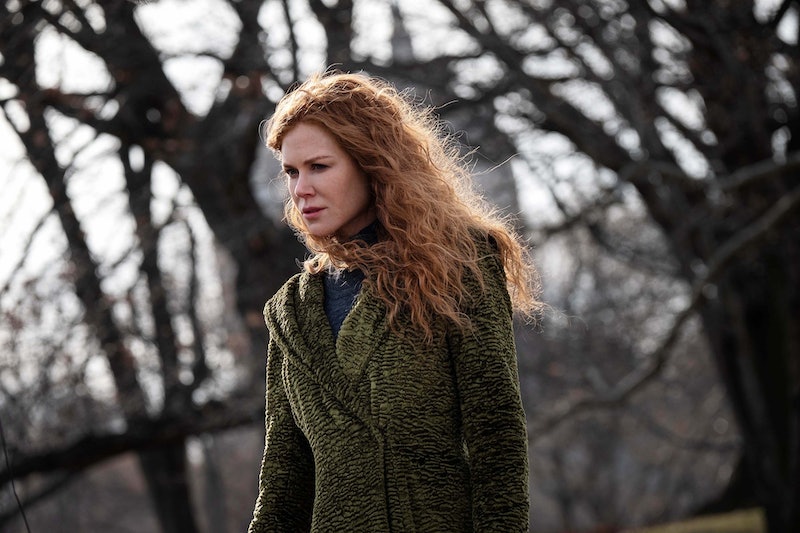 2020 has been a long and stressful year, but at least we can all take comfort in the fact that spooky season has finally arrived, and HBO Max has an extensive list of TV shows and movies to help everyone celebrate to the fullest extent, from the safety of their own homes. In addition to offering the chance to catch up on some of the biggest blockbusters of the past year — including everything from Cats to Emma. — the streaming service will also provide a full selection of classic horror films, including The Haunting, The Hills Have Eyes and of course, It: Chapter Two.

If you’re looking for some original programming to become your new fall obsession, HBO Max has plenty of that as well. Missing all of the tension and twists from Big Little Lies? Nicole Kidman and Hugh Grant star in the new limited series The Undoing, as a married couple reeling from a tragic death and hiding a horrible secret. Meanwhile, if you need an energy boost going into the November election, Good Trouble chronicles the life and work of the late Rep. John Lewis. And if you’re looking to just completely calm down and zone out, HBO Max even has a series for that — it’s called World of Calm and it features narration from Idris Elba, Oscar Isaac and Zoe Kravitz.

Keep reading to discover the shows and movies worth watching in September, and then check out the complete list of everything coming to HBO Max this month below.

Because everyone could use a little bit of help feeling more relaxed these days, HBO Max is offering up a 10-part documentary series "that combines mesmeric imagery" with "tranquil narration" from A-list celebrities in order to offer up a touch of zen. Finally, you can live out your dream of falling asleep with Idris Elba.

In her newest standup special, Handler will share stories about her family, her friendships, and her experiences with therapy, where, as the streaming service put it, the comedian was "able to unearth why everyone on this planet annoyed her so much."

Just in time for election day, this powerful documentary uses “contemporary interviews, cinéma verité and rare archival footage” to tell the story of Rep. John Lewis’ life, career and impact on American civil rights laws. In the wake of Lewis’ death in July at the age of 80, the film is guaranteed to hit even harder, and inspire even more people to get into “good trouble.”

Take the red pill in order to relive the intensity of one of the biggest sci-fi franchises of the past twenty years. All three films — 1999’s The Matrix and 2003’s Matrix Reloaded and Matrix Revolutions — will be available to stream starting Oct. 1, so that you can relive the journey of Neo (Keanu Reeves) and Trinity (Carrie-Anne Moss) before the fourth installment finally hits theaters in 2022.

The Bartlet Administration is returning to the White House one more time, for a special staged reading of one of the series’ most powerful episodes, "Hartsfield's Landing." The event — which will benefit Michelle Obama’s nonprofit, When We All Vote — will also feature a guest appearance from the former First Lady herself, along with almost all of the beloved drama’s original cast members.

Nicole Kidman and Hugh Grant star as a rich couple with incredibly dark secrets, after a parent from their child’s private school is found dead and they appear to be involved. It’s Big Little Lies meets Law & Order meets Succession, and it’s basically all anyone will be talking about this fall.

If you loved McMillions and are looking for another crime documentary to suck you in, Wild Card is for you. The film follows the rise and fall of Craig Carton, the former WFAN radio personality who was arrested by the FBI and charged with conspiracy, wire fraud, and securities fraud in 2017.