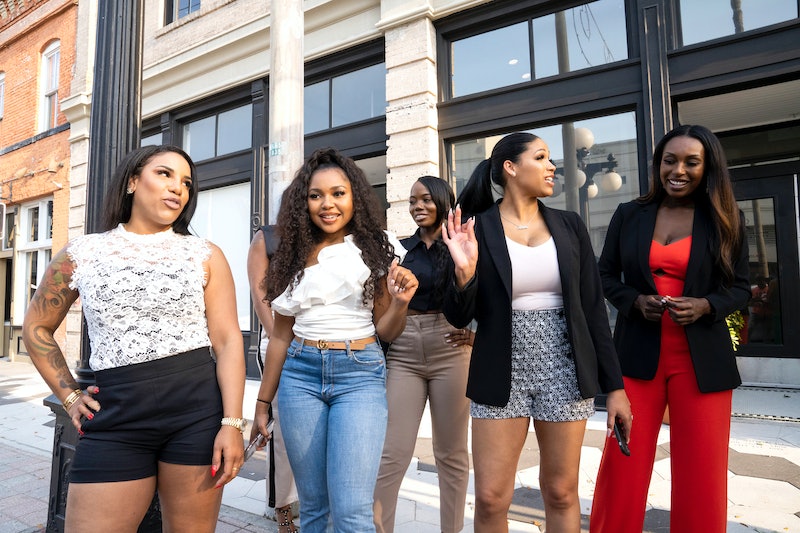 Following the success of Selling Sunset, Netflix is taking viewers inside the real estate world of Tampa, Florida with Selling Tampa. Unlike the show’s other spinoff, the Orange County-based Selling the OC, the reality series is completely separate from the Oppenheim brothers’ ventures. Instead, it centers around Allure Realty, a luxury real estate firm owned by military vet Sharelle Rosado.

According to her LinkedIn, Rosado served in the U.S. Army for over 10 years, working in both executive administration and human resources. She became a licensed realtor in 2017, then opened her business two years later. She currently staffs 26 agents and has sold 129 homes, totaling over $110 million in sales.

As Rosado explained to The New York Times, a good portion of Allure Realty’s business is “pocket listings” — aka when brokers sell homes through private networks rather than on the open market, a controversial but increasingly common sales tactic for rich or celebrity clientele. “I let all my agents know that as long as you’re not advertising the property to the public, you’re good to go,” Rosado said. At Allure Realty, she curates a network of high-income buyers and sellers to build a pipeline of off-market sales. “A lot of people are not for pocket listings, but it helps our clients, and it’s beneficial to both sides.”

Notably, Rosado’s firm is predominantly staffed by Black women. Seven of them — Alexis Williams, Anne-Sophie Petit-Frere, Colony Reeves, Juawana Willaims, Karla Giorgio, Rena Frazier, and Tennille Moore — star on Selling Tampa. “I didn't expect it to be this big, but here we are today," Rosado told ABC News in August. “Minority women can get into luxury and we can kill it as well.”

There are a lot of big personalities on the show, but as Rosado noted to People, her army training helps her to run a tight ship. "Being in the military, it's always taught me to have bearings. I incorporate my military bearings into Allure. They know I'm the boss and I don't tolerate anything," she said. "If it gets out of hand, I don't even have to raise my voice. I give them a look and that stern voice comes on. They know it's a time and a place for everything."

Rosado, who’s married to former NFL player Chad Johnson (née Ochocinco) and found out that she was pregnant with her fourth child while filming, added that she’s ready to show herself and Allure Realty to the world. “I think I was born for this. I have a story to tell,” she told People. “I feel like it's going to help somebody out there, some teenager that went through what I went through. Some female veteran that went through what I went through. I'm telling the story and it's going to help benefit a lot of people. This is only the beginning."