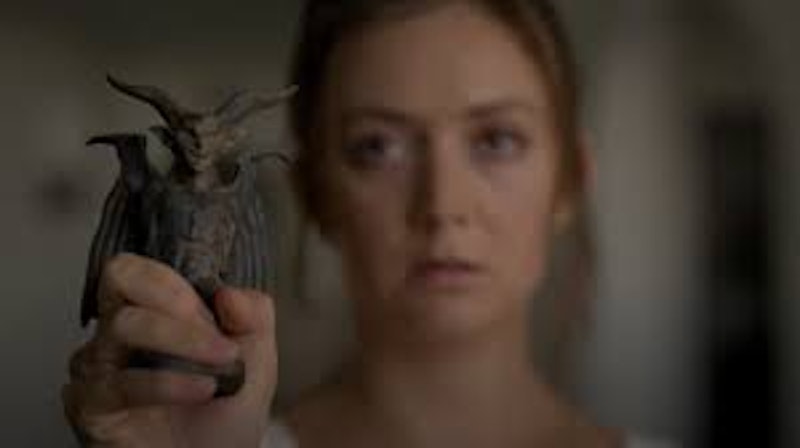 Following a decade-long run with FX’s American Horror Story, Ryan Murphy added a new title to the franchise: American Horror Stories, an anthology series centering around a different nightmarish tale in each episode. The seven-episode first season featured stories ranging from two parents on a deadly mission to find their missing son to a group of influencers terrorized by a killer Santa Claus (yes, really).

Though the show has drawn in mixed reviews, according to Deadline, its premiere marked the most successful launch of any FX on Hulu series to date. And on Aug. 13, the network renewed American Horror Stories for Season 2.

Season 2 is set to premiere sometime in 2022. An exact date has not yet been announced, but American Horror Story has reliably released a new season in the fall since its 2011 debut (aside from 2020 due to COVID). It’s likely that Horror Stories will run on a similar cycle, airing each summer as a lead-in to the new season of AHS. For that reason, you can expect Horror Stories to return in July 2022, one year after its initial debut.

No specific casting announcements have been made, but expect to see a mix of fresh and familiar faces. Though Season 1 of American Horror Stories included a number of actors new to the AHS franchise, it also featured several AHS alums like Billie Lourd, Matt Bomer, and Naomi Grossman. Some of the tales on Horror Stories also had direct ties to episodes of Horror Story and are obviously set within its shared universe, so it’s not a stretch to imagine Sarah Paulson or Evan Peters might appear in future seasons — or even stars from Murphy’s other projects like Hollywood, Ratched, and The Politician, considering he has a reputation for reusing his favorite actors.

A trailer has not been released, but Murphy often posts news and teasers to Twitter and Instagram, so keep your eyes peeled there.

Further details about Season 2 of American Horror Stories are few and far between, but this post will be updated as more information becomes available. In the meantime, fans can rest assured that there’s plenty of AHS content coming down the pipeline. AHS’ 10th season, Double Feature, premieres on Aug. 25, and along with Horror Stories’ renewal, FX announced two additional AHS spinoffs: American Sports Story and American Love Story. American Sports Story will chronicle the life of late NFL superstar Aaron Hernandez, who was convicted for the murder of Odin Lloyd in 2015 and charged but later acquitted for the double homicide of Daniel de Abreu and Safiro Furtado; he died by suicide in 2017. Meanwhile, American Love Story, will depict John F. Kennedy Jr. and Carolyn Bessette’s relationship.

More like this
'Ramy' Will “Probably” End With Season 4, According To Ramy Youssef
By Brad Witter
'Reservation Dogs' Season 3 May Finally Mend Bear & Willie Jack’s Relationship
By Gretchen Smail
Khloé Kardashian Debuts Baby Boy On 'The Kardashians' Season 2 Premiere
By Jake Viswanath
UK Viewers Will Have To Wait To Watch The Handmaid’s Tale S5
By Maxine Harrison
Get Even More From Bustle — Sign Up For The Newsletter