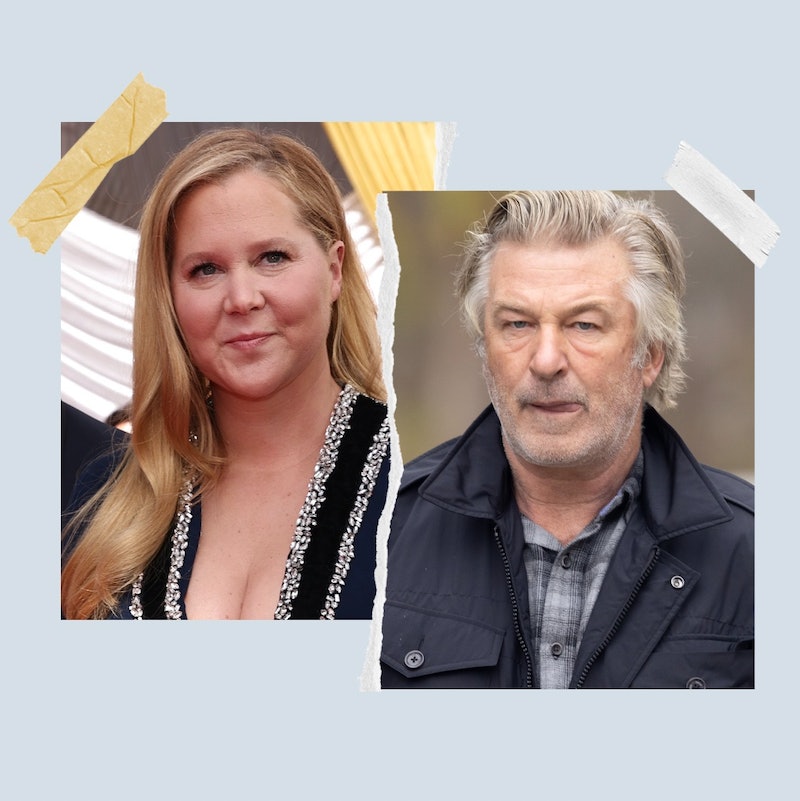 While performing a standup show in Las Vegas just seven days after the 2022 Oscars, Amy Schumer revealed an Alec Baldwin joke that she wasn’t allowed to make onstage during the Academy Awards telecast. During her April 3 set, the comedian opened up about her experience hosting the Oscars alongside Wanda Sykes and Regina Hall, including the now-infamous slap between Will Smith and Chris Rock. “I was kind of feeling myself ... and then all of a sudden, [Muhammad] Ali was making his way up,” she said, jokingly referencing Smith’s role as the famous boxer in the 2001 film Ali. “It was just a f*cking bummer.”

To make herself feel better, she decided to try out some of the jokes that she couldn’t say at the Oscars, which included a questionable jab at Baldwin’s accidental shooting on the film set of Rust in October 2021. “Don’t Look Up is the name of a movie, more like don’t look down the barrel of Alec Baldwin’s shotgun,” she said, according to The Hollywood Reporter. Schumer also cut jokes about Joe Rogan and James Franco from her Oscars script. “I wasn’t allowed to say any of that, but you can just come up and [slap] someone,” she said. However, she was quick to clarify that “my lawyer said not to say these,” not the Academy or Oscars producers.

“Don’t Look Up is the name of a movie, more like don’t look down the barrel of Alec Baldwin’s shotgun.”

During rehearsals for Rust, a prop gun Baldwin was using discharged a live round of ammunition that killed the film’s cinematographer Halyna Hutchins and wounded director Joel Souza. The actor had been told that the gun was unloaded. Production on the film was immediately canceled, and in an interview that December, Baldwin insisted he didn’t pull the trigger. Still, Hutchins’ family filed a wrongful death lawsuit against Baldwin and crew members in February, which Baldwin’s attorney responding to by saying “any claim that Alec was reckless is entirely false.”

Days after the March 27 Oscars incident involving Smith and Rock, Schumer stated that she was “still triggered and traumatized” by Smith’s slap in a since-deleted Instagram post. “I love my friend @chrisrock and believe he handled it like a pro,” she wrote, adding that she saw “so much pain” in Smith. “I’m still in shock and stunned and sad. I’m proud of myself and my co-hosts. But yeah. Waiting for this sickening feeling to go away from what we all witnessed.”

More like this
Twitter’s Reaction To HBO’s ‘Game Of Thrones’ Jon Snow Spinoff Idea Is Chaotic
By Stephanie Topacio Long
Julie Andrews Revealed A Surprising Behind-The-Scenes 'Bridgerton' Detail
By Grace Wehniainen
James Marsden Kept Teddy’s Westworld Season 4 Return A Secret “For Years”
By Brad Witter
Why Simone Ashley Had To Study Snails For Intimacy Training, Pre-‘Bridgerton’
By Grace Wehniainen
Get Even More From Bustle — Sign Up For The Newsletter