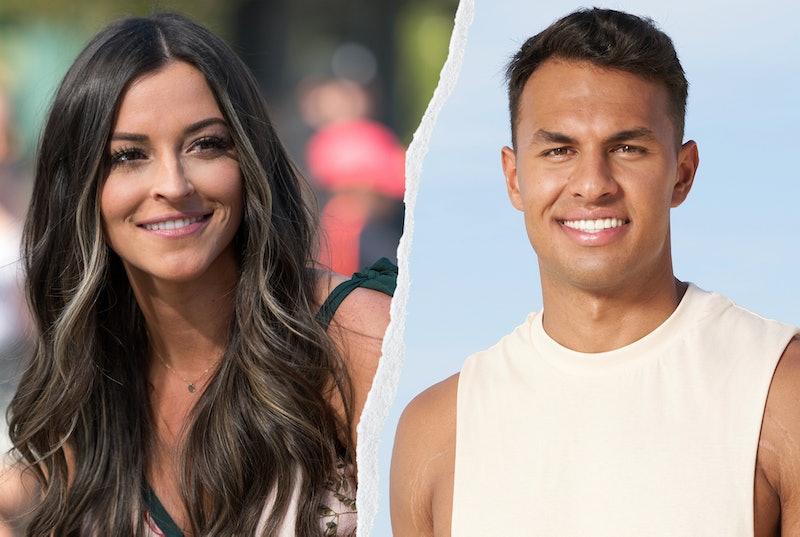 One of the strangest developments in Paradise’s penultimate episode, which aired Sept. 28, was Aaron Clancy confessing his feelings for Tia Booth. His declaration of interest came during an ’80s themed prom that was thrown for the cast. Aaron attended the party with Chelsea Vaughn, while Tia attended alone. However, by the end of the night, Aaron had ditched Chelsea in favor of Tia, giving up on one relationship to start another one. During the season finale, which aired Oct. 5, Aaron and Tia unceremoniously parted ways but did insinuate they’d reconnect after filming. However, that seems increasingly unlikely.

It’s unclear how much of a chance this relationship had in the first place. It’s hard to even categorize what Tia and Aaron had as a relationship at all, given that it only materialized in the waning moments of Episode 10. It came as a shock when Aaron left Chelsea for Tia at the Paradise prom, especially since he’d caused such a ruckus about wanting to pursue a relationship with Chelsea.

As for Aaron and Tia’s prospects outside of the show, there are some clues on Instagram as to Tia’s current situation. One could insinuate that Tia is currently dating someone outside of the Bachelor universe. Conversely, Aaron has gone on the Talking It Out with Bachelor Nation podcast hosted by Mike Johnson and Brian Abasolo to talk about his experience on the show. He doesn’t really reference Tia during the interview, instead opting to break down his feelings following his unfortunate split with Tammy Ly.

Aaron has made some jokes on Instagram that may point to a relationship, but given what we know about Tia’s prospective status, it’s likely the jokes aren’t about her. A recent photo shows Aaron in a pool, captioned, “Yo bro who got you smiling like that?” Whoever it may be, it’s almost certainly not Tia.

Despite Aaron and Tia’s kiss being made to seem like a big deal, their connection dissipated with almost no importance or conversation. In fact, it was presented as kind of a joke. When fellow cast members James Bonsall and Anna Redman opted to not pursue a relationship, James returned to his male castmates and asked Aaron if he wanted to go back to San Diego with him — James and Aaron were one of the stronger friendships this season. Aaron jumped at the opportunity, quickly seeking out Tia to inform her that he was leaving with James. Tia didn’t seem all that upset, having only spoken about her relationship with Aaron as being as fun and flirtatious in one-on-one interviews.

Ultimately, the pair’s split didn’t seem all that surprising. Though they did briefly muse on the idea of connecting with one another after the show, it’s increasingly unlikely given what we know about their relationship statuses. Here’s hoping their next stint in Paradise is a little more successful, should they find themselves back on the beach.