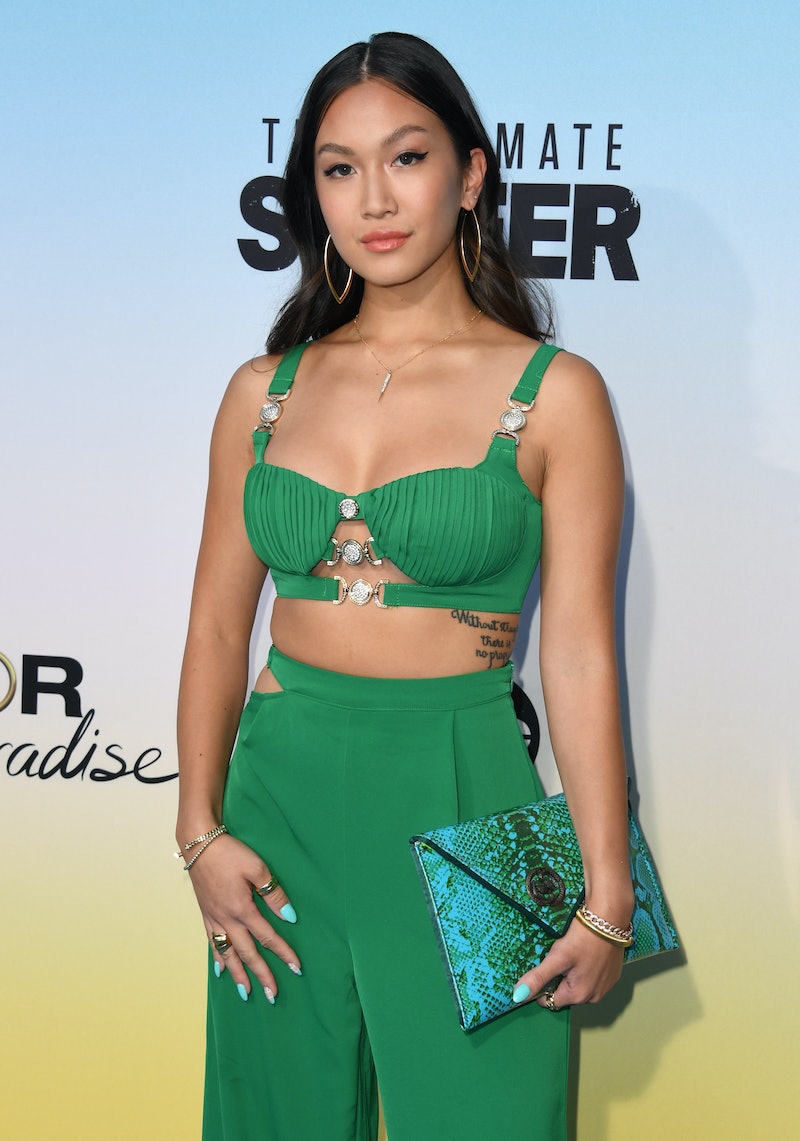 Season 7 of Bachelor in Paradise is just a few weeks from coming to a close, which means viewers will see which contestants’ relationships made it through to the end — and which ones lasted beyond the competition. At the beginning of the season, it seemed like the romantic bond between contestants Tammy Ly and Aaron Clancy could last through the final rose ceremony. The pair survived fellow competitor Serena Chew’s attempt to kiss Aaron and snatch him away from Tammy in Episode 1, but then their seemingly impermeable relationship grew rocky. There are still more episodes of Season 7 to come, but considering that production has long been completed, we’re curious: is Tammy dating anyone after Bachelor in Paradise? Here’s everything we know.

Tammy and Aaron stayed together into Episode 2, but then she connected with contestant Thomas Jacobs and even kissed him on the beach ahead of the second rose ceremony. Aaron wasn’t happy about their newfound bond, so he confronted Thomas about it and shared his feelings with Tammy. “You’ve talked to him for one day, and you completely sacrificed everything we had built,” he said to her. “You will regret it like no other, I promise you. He’s not a good person. He’s not.” Following the confrontation, Tammy gave her rose to Thomas — and later revealed on Twitter that the decision was in direct response to Aaron scolding her.

Going into Episode 7, which aired on Sept. 7, Tammy and Thomas were still together. But former Bachelorette Becca Kufrin had also arrived on the beach and attended a VIP party with Thomas — that Tammy wasn’t invited to — and started up a connection. Becca respectfully told Tammy that she was interested in pursuing a relationship with Thomas, which left Tammy in tears at the end of the night. According to Reality Steve, Becca and Thomas are set to break up before the season finale, but the longtime insider dished on Aug. 31 that they got back together post-show and are currently in a relationship.

As for Tammy’s fate with Aaron, she hinted in a recent interview with Extra that something could happen between them in the finale. “Maybe we will reconcile. Get back together,” she said in response to a question about the current state of their relationship. “Maybe we broke up. Maybe I’m a now a mortal enemy. I don’t know.” Tammy and Aaron recently attended the premiere of ABC’s The Ultimate Surfer post-filming Bachelor in Paradise, but they were never photographed directly next to each other. This could be due to NDAs or attempts to avoid spoilers, but as far as we know, it seems their relationship is merely platonic.

While Tammy has been active on Instagram post-Bachelor In Paradise, there are no clues or evidence of a new relationship. But whether or not she ends up with someone at the end of the season, she’s pleased with her journey on the show. “I have zero regrets with my entire experience,” she recently told Access. “I followed my heart, and we’ll see if it works out for me in the end. But as of now, I’m very happy with the situation that I’m in.”