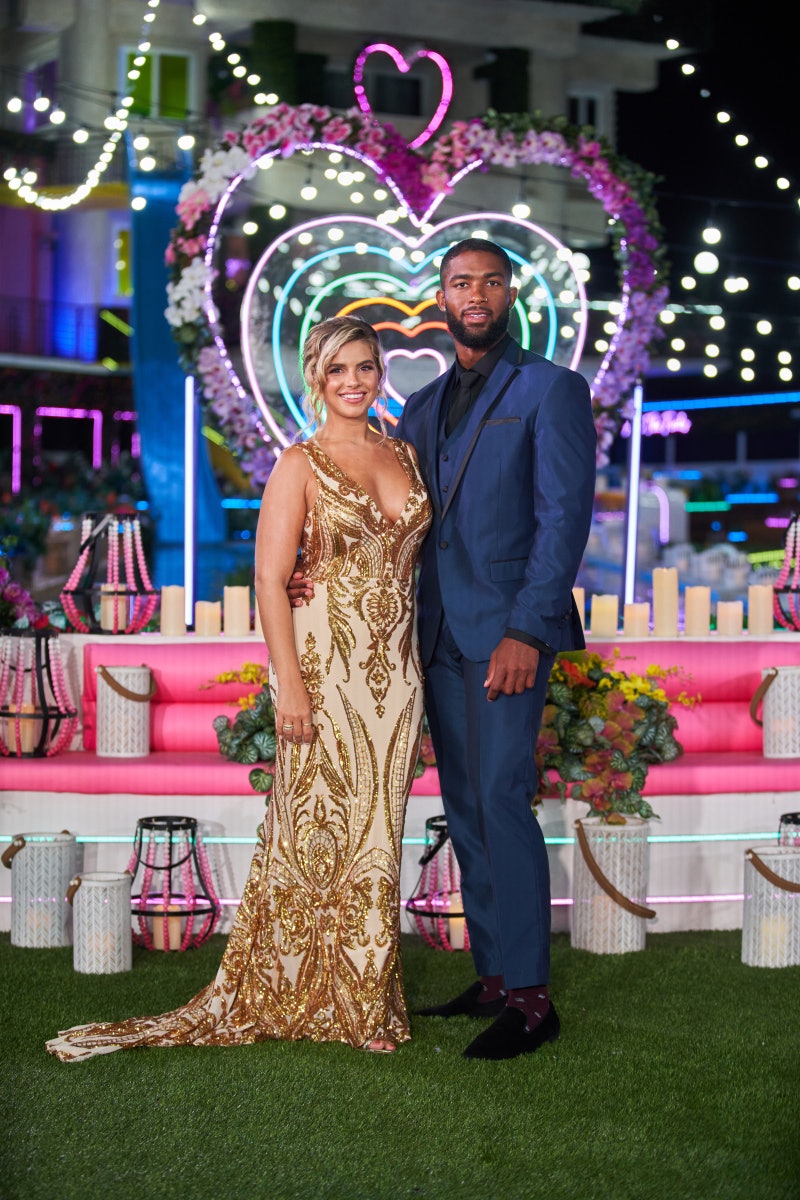 You don’t need to win Love Island US to leave the show with a relationship. After the dust settled from that love triangle with Cashay Proudfoot and Melvin “Cinco” Holland, it seemed Charlie Lynch and Alana Paolucci were willing to give each other a real shot. The pair did ultimately finish the show together, but having both joined the villa pretty late in the game, they’re not quite ready to call their budding connection a full-fledged romance just yet.

Put simply by Alana in an interview with the After the Island podcast released on Aug. 17, “We’re not in a relationship, no. We still have a lot to work on as far as communication’s concerned. That is our biggest struggle. But you know, we’ll play it by ear, I guess, and see if we can make it work.”

Charlie said that “dates are definitely in the cards” for the pair — at least, the way he sees it. “My mind hasn’t changed,” he continued, though he acknowledged that they might need to work on a few more issues before they can move forward.

The first dinner date is apparently in the works. As part of an Instagram Q&A in the early hours of Aug. 19, Alana answered a fan who asked whether Charlie had booked their Italian dinner yet. “How’s that lookin,” she wrote to Charlie to find out.

“It’s looking like if you woulda answered when I called earlier today it would’ve been booked,” he wrote in response. Finally, Alana revealed that they’ve actually been communicating pretty regularly: “Not you pretending we didn’t talk on and off all day!” So maybe their two weeks on Love Island US wasn’t quite enough to catalyze a full-on relationship (makes sense!), but if their playful banter is any indication, things might work out OK for the Islanders in the long run.

Yahoo also reported that earlier Instagram Stories saw the pair spending time together at the airport and Charlie discussing plans to visit Alana soon. The moments that hint at a tentative connection, though, come amid some drama. In interviews with both After the Island and PopCulture, Charlie expressed ambivalence about breaking up with Cash for Alana. “I would be remiss if I said that I didn’t still think about my decision,” he told PopCulture. “Part of me does think about the decision that I made and just how different things would’ve been.”

Alana addressed the awkward moment in her recent Q&A. “This is something that he and I are both going to address together,” she said. “At the time, I wasn’t too happy, as you can see. But we’ve talked about it, and it all makes a little more sense.” Fortunately, fans will be able to get more insight on the situation soon — Alana promised the pair would do an Instagram Live together at some point, but right now, they’re both “overwhelmed with reacclimating into society again.”