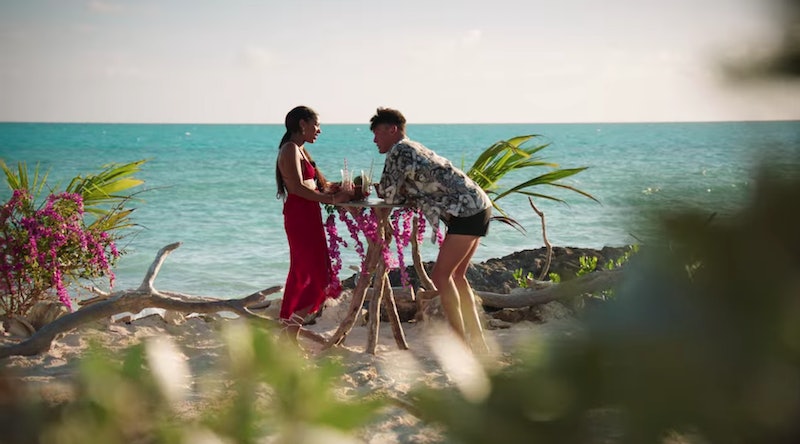 There’s one pair, however, who we never really get closure on: Izzy and Jackson. The two connected late in the season, after Jackson arrived in Episode 7. They immediately had eyes for each other, and it didn’t take long — less than an episode, in fact — for their beach date to turn into a makeout session... or two... or four? They continued to struggle to keep their lips off of each other, costing the entire Too Hot to Handle cast a pretty penny (though not as much as Holly and Nathan did). But by the time the season ended, it wasn’t really clear if they planned to continue to pursue their connection. (Izzy chose the term “independence” as the word to describe how she felt leaving the experience, implying their brief fling was limited to their time on the island).

Although both Izzy and Jackson live in England — Izzy in Manchester and Jackson in London — their homes are over four hours apart, which means any relationship they had would have to be long distance. They also haven’t posted pictures from anywhere near the same location: Jackson has been traveling in places like Antigua, Spain, and Ireland, while Izzy visited Australasia and Spain but has primarily been at home in Manchester. Even more damning: the two don’t even follow each other on Instagram. (However, it’s worth noting that Jackson is not very active on the site and doesn’t appear to follow any of his other Too Hot To Handle castmates either.) Hopefully they at least learned something on the show that they can carry into their respective dating lives.

More like this
Love Is Blind’s Natalie Claims Shayne Signed Up For 'Perfect Match' While They Were “Still Together”
By Brad Witter
Are Richard & Vika From 'Bling Empire: New York' Still Together?
By Karen Fratti
Mack & Domynique Reportedly Had An "Epic" Breakup On 'Married At First Sight'
By Brad Witter
All The Clues Clint & Gina Aren’t Still Together After 'MAFS' Season 16
By Brad Witter
Get Even More From Bustle — Sign Up For The Newsletter
From hair trends to relationship advice, our daily newsletter has everything you need to sound like a person who’s on TikTok, even if you aren’t.