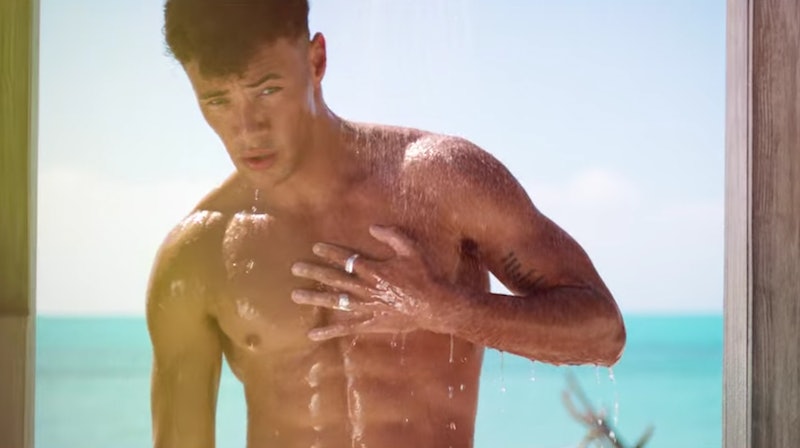 The third season of Netflix’s Too Hot To Handle is here, and with it arrives a fresh batch of hopefuls in search of love – and money. The twist, however, is that contestants must resist temptation for a chance to bag the show’s hefty cash prize, which is reduced every time they fail to do so. Netflix recently shared details of the Season 3 lineup, which includes the London-based Jackson Mawhinney. If you want to learn more about the Too Hot To Handle star, you can find out everything you need to know about Jackson below.

What Is Jackson’s Job?

Outside of reality TV, Jackson works as a chef in London and lives in Mayfair, Westminster. In the early months of the lockdown, Jackson put his culinary skills to good work on behalf of the Family Meal initiative — a charity that aims to provide meals for people affected by the health crisis, including the homeless and NHS staff.

Instagram followers of the keen foodie and fitness enthusiast can expect to find holiday snaps, workout selfies, as well as photographs of himself posing with royalty — and, randomly, the former U.S. President Bill Clinton. Ahead of his Too Hot to Handle stint, Jackson’s Instagram account has just over 5,000 followers. However, his follower count is likely to surge upon the show’s debut.

What Else Is There To Know About Jackson

29 year-old Matthew is the son of the former Attorney General and current Secretary-General of the Commonwealth of Nations Baroness Scotland. Per BBC, Matthew was arrested in February 2021 alongside two fellow Too Hot to Handle stars — Harry Johnson and Beaux Greenslade — while on his way home from filming the Netflix reality series on the Turks and Caicos Islands.

The trio were arrested after arriving at Heathrow airport following allegations of abusive and disruptive behaviour onboard their British Airways flight, that included refusing to wear a face covering as requested. Matthew was later fined £3,000 following a court appearance.

As mentioned, Matthew will join a string of fellow singletons in the third series of Netflix’s Too Hot to Handle. Throughout the streaming hit, the show’s resident virtual assistant Lana will again oversee this season’s hopefuls to make sure they stick to the strict set of rules and abstain from any form of sexual contact, including self-gratification, to keep the prize money as high as possible.

Too Hot to Handle Season 3 arrives on Netflix on January 19.

More like this
'Love Island's Jess Wynter Is Keen To Avoid Making This Mistake Again
By Sophie McEvoy
'Love Island's Aaron Waters Is Determined To Do This One Thing In The Villa
By Sophie McEvoy
Every Season Of 'Love Island' Ranked Best To Worst
By Alice Broster, Frances Stewart and Sophie McEvoy
Spencer Matthews’ Impressive Net Worth Expands Far Beyond Chelsea
By Sam Ramsden
Get The Very Best Of Bustle/UK
Sign up for Bustle UK's twice-weekly newsletter, featuring the latest must-watch TV, moving personal stories, and expert advice on the hottest viral buys.