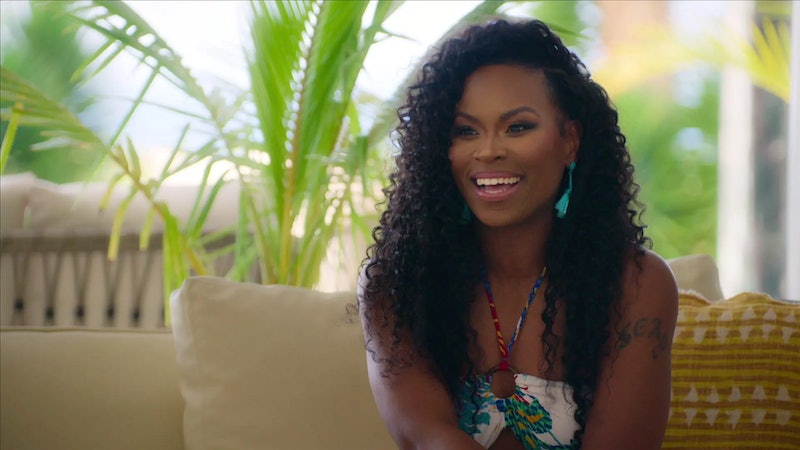 It’s been a few weeks since Bachelor in Paradise Season 8 came to an end, but fortunately, fans of beachy reality romance didn’t need to wait too long for their next obsession. Hulu’s Back in the Groove follows three women in their 40s as they flirt and forge connections with younger men at a beach resort, The Groove Hotel, in the Dominican Republic. The goal, per Hulu, “is to rediscover their youth, live joyously, and hopefully find love with men HALF. THEIR. AGE.”

So, do they? Sparkle Hyche is one of the three women who arrive at The Groove Hotel looking for a change. After operating a salon business for more than 17 years, the Atlanta-based entrepreneur said she was ready to focus on herself — and, sure, any attractive suitors she might meet on the beach, too. Though she strikes up potential connections with several men, including Akio and Lee, her strongest relationship seems to be with 22-year-old Steven, who happens to be the son of Sparkle’s fellow Groove guest, Steph Michaels. That family reveal could have made things awkward, but it didn’t turn out to be a major obstacle for the budding couple.

“When Steven and I are together, I don’t even feel our 20-year age difference,” Sparkle says during Episode 6.

So, are Sparkle and Steven together today after Back in the Groove? As is the case with many a reality romance, it’s hard to know for sure until the couple announces their relationship status. They both follow each other on Instagram, but that doesn’t say too much because Sparkle also follows other men from the beach, like Lee and Akio.

Sparkle recently shared a clip of Steph and Steven to her Instagram story, writing that “I love these two!” And in another story post, Sparkle shared a video of her getting ready for a wedding — mysteriously captioned, “Headed to a wedding. I might be ready to be in the wedding next.” Oh?!

Steven’s Instagram, for his part, is pretty sparse — as he puts it in one post, he likes to “move in silence.”

Of course, whether or not Sparkle and Steven are still together, that’s not completely the point of Back in the Groove as it might be for The Bachelor/ette or Bachelor in Paradise.

Showrunner Elan Gale, who actually worked as a producer on those very shows, told Deadline that “self-actualization” is the main goal this time around. “Most of the leads on shows that I’ve worked on are younger, and [these women] simply have lived a little more life,” he said. “They have more stories, they’ve been through more, so we really do explore those in great depth in a way that you can’t on other shows.”