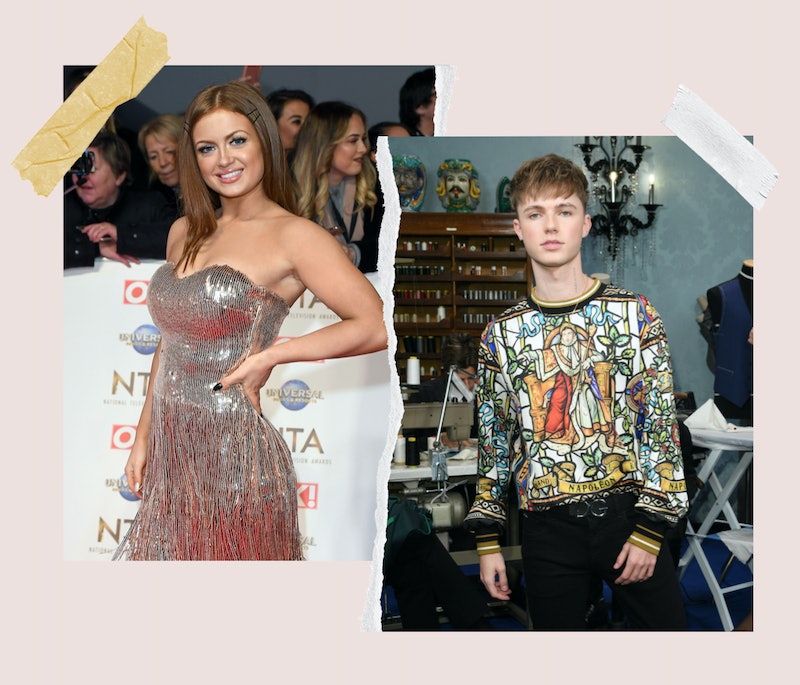 It seems not even 2020 could stop the Strictly Come Dancing romance rumours. Throughout this year's competition, Eastenders actor Maisie Smith and Youtube star HRVY (real name Harvey Cantwell) have reportedly been "flirty", and signs suggest there could be a blossoming relationship between the Strictly contestants. So, now that they've hung up their dancing shoes, are Maisie and HRVY dating?

According to The Sun, the two stars have been texting each other non-stop, and are planning on meeting in the new year if Covid-19 restrictions allow. “Maisie and HRVY has been brewing for weeks," revealed the tabloid's source. “The pair are so flirty together, and genuinely have a real laugh whenever they see one another. But they were always really disciplined about not crossing any lines whilst the show was filming."

"While technically, they may not have been practising social distancing, they are both young, and this was before tier four restrictions came into play. But even now, in tier four, Maisie can have HRVY as her support bubble," said The Sun's source.

Early in the competition, both Maisie and HRVY admitted to fancying each other, but were prioritising learning their difficult dance routines each week, dedication which saw both of them make the final.

21-year-old HRVY, who was partnered with professional dancer Janette Manrara, said it was "dancing first", and "love and fun afterwards" when asked about HRVY's friendship with Maisie.

“Maisie’s an amazing girl, very beautiful, but for now I’m just going to concentrate on the dancing because I fancy getting to the final," he beamed in an interview.

Previously, Maisie, 19, admitted to The Sun that she found HRVY "beautiful looking", but was still "getting to know him." The actor, who stars as Tiffany Butcher on EastEnders, added: "I don’t know what would happen in the future, but for now, we are getting along really well as friends."

While 2020 has put a spanner in the works for many people's dating plans, it seems that for Maisie and HRVY, it might be a romantic end to the year.