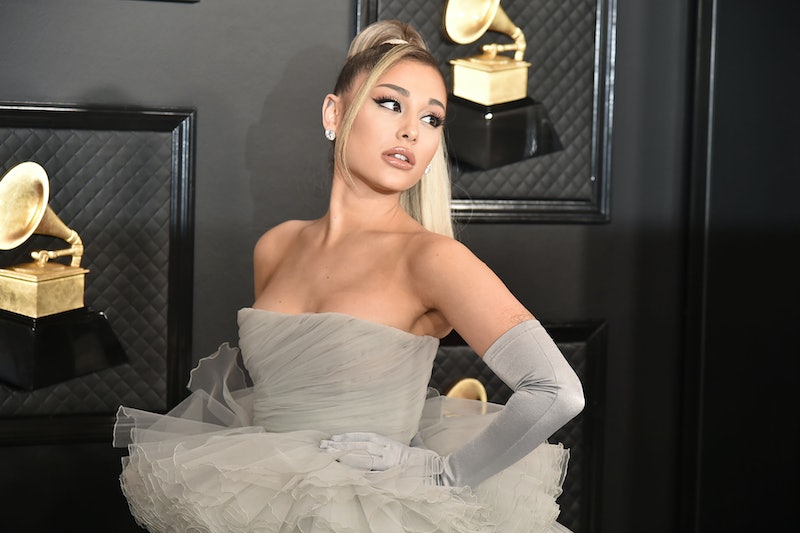 She may be making headlines for her recent nuptials, but Ariana Grande is still making space to remember and honor some of the darker moments of her life, showing us that grief and celebration can take place at the same time.

On Saturday, May 22, the four-year anniversary of the attack on Manchester Arena following one of her concerts, the 27-year-old pop star took to Instagram to share a heartfelt tribute in honor of the victims of the tragic bombing and their families.

“Although grief is ever-present and our relationship to it is constantly evolving and expressing itself in different ways every day year round I know that this anniversary will never be an easy one. Please know that I am thinking of you today,” Grande wrote on her Instagram stories. “Manchester, my heart is with you today and always.”

The post, which pictured white lettering over a black backdrop and bees — an important historical symbol for Manchester — mingling together in the shape of heart, also listed the names of the 22 fans who lost their lives in the bombing.

Grande also shared videos and photos from One Love Manchester, the star-studded benefit concert and television special she organized to raise funds for victims and survivors.

The event, which took place after Grande’s short touring hiatus and just a month after the bombing, featured an all-star roster, with performances by Miley Cyrus, Chris Martin, Justin Bieber, Katy Perry, and more, and raised more than $13 million.

Grande has always been candid when discussing the impact the attack had on her mental health, sharing with British Vogue in 2018 that she’s dealt with symptoms of post-traumatic stress disorder in the wake of the bombing.

“It’s hard to talk about because so many people have suffered such severe, tremendous loss. But, yeah, it’s a real thing,” she told the magazine. “I know those families and my fans, and everyone there experienced a tremendous amount of it as well. Time is the biggest thing. I feel like I shouldn’t even be talking about my own experience — like I shouldn’t even say anything. I don’t think I’ll ever know how to talk about it and not cry.”

This isn’t the first time Grande has taken to social media to pay tribute and show her permanent connection with fans who experienced the Manchester Arena tragedy. On the one-year anniversary of the attack, she shared a tweet showing a picture of a tiny bee tattoo behind her ear.

That year, like this one, she shared her sentiments and solidarity with fans posting, “Thinking of you all today and every day. I love you with all of me and am sending you all of the light and warmth I have to offer on this challenging day.”

More like this
Ariana Grande & Kristin Chenoweth Sing A Wizard Of Oz Classic On TikTok
By Alyssa Lapid
Twitter Is In Awe Of Taylor Swift’s “Lavender Haze” Music Video
By Jake Viswanath
Harry Styles Just Split His Pants In Jennifer Aniston’s Face
By Sam Ramsden
5 Wild Theories About Miley Cyrus’ “Flowers” Music Video
By Jake Viswanath
Get Even More From Bustle — Sign Up For The Newsletter
From hair trends to relationship advice, our daily newsletter has everything you need to sound like a person who’s on TikTok, even if you aren’t.