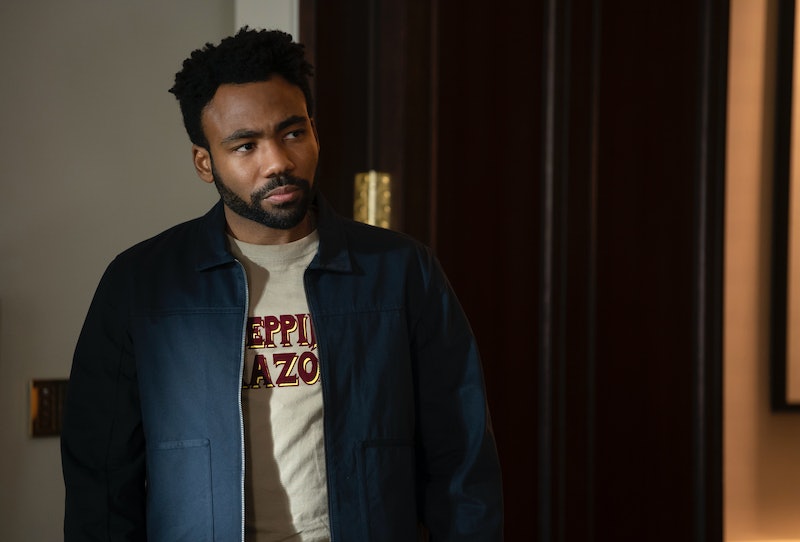 After four long years off-air, Atlanta will finally return for its highly anticipated third season on March 24. But it marks the beginning of the end for the Emmy Award-winning series. In February 2022, FX renewed Atlanta for a fourth and final season. “After a four year absence, we’re graced with the return of Atlanta. Donald Glover and his team have shot the final two seasons of the series,” FX Chairman John Landgraf said in a statement, per Deadline.

This shouldn’t come as a total surprise to viewers who’ve been keeping up with creator and star Donald Glover. He previously said that he wanted the show to end with Season 2, and that they’d discussed leaving the story there. However, he’s happy with how things shook out. “Death is natural,” he said during FX’s portion of the Television Critics Association 2022 winter press tour. “I feel like when the conditions are right for something, they happen, and when the conditions aren’t right, they don’t happen ... The story was always supposed to be what it was. And the story, it really was us. Everybody in that writers’ room, everybody on set. It really was what we were going through and what we talked about … I think it ends perfectly.”

The multi-hyphenate performer also clarified that the end of Atlanta has nothing to do with the multi-year deal he signed with Amazon in 2021, adding that he would be open to continuing the series in the future. “If there’s a reason to do it, of course. Like a Christmas special,” he said. “It always depends. I like keeping my options open.”

Given that Season 3 has yet to premiere, details about Atlanta Season 4 are sparse. But here’s what we know so far.

An official premiere date has not yet been announced, but Landgraf said that Season 4 is slated to debut in fall 2022.

FX has not confirmed the Season 4 cast, but expect all the mainstays to be back, including Brian Tyree Henry as Alfred "Paper Boi" Miles, LaKeith Stanfield as Darius Epps, Zazie Beetz as Vanessa "Van" Keefer, and Glover as Earnest "Earn" Marks.

What Season 4 covers will largely depend on where Season 3 leaves off, but executive producer Stefani Robinson spoke a bit about the show’s evolution during TCA. “The seasons mirror where we are in life and you can track that to a tee, very closely,” she said. “At the first season, I feel like we didn’t really know what we were doing. In Season 2 where we were dealing with a surprising amount of success at the same time as the characters were. Even going into Season 3, there is much more of a maturity and the approach of how the characters are dealing with what’s happening.”

Glover added that for Season 4, the team brought things full circle. “[The idea was to] have more fun. Once you go through that cycle, you realize, oh, we did Season 4 like Season 1, which was, act like you’re going to get canceled!”

There are, however, high stakes: Glover proclaimed on Twitter in 2020 that the final two seasons of Atlanta will be “some of the best television ever made.”

A trailer for Season 4 has not yet been released. This post will be updated as more information becomes available.

More like this
We Finally Know When 'Grey’s Anatomy' Is Coming Back
By Brad Witter
'Stranger Things' Fans Are Begging For Steve To Live For The Funniest Reasons
By Grace Wehniainen
'Stranger Things' Season 4 Volume 2 Trailer Teases New Episodes Coming July 1
By Grace Wehniainen and Gabrielle Bondi
The 'Ms. Marvel' Review Bombing Controversy, Explained
By Radhika Menon
Get Even More From Bustle — Sign Up For The Newsletter