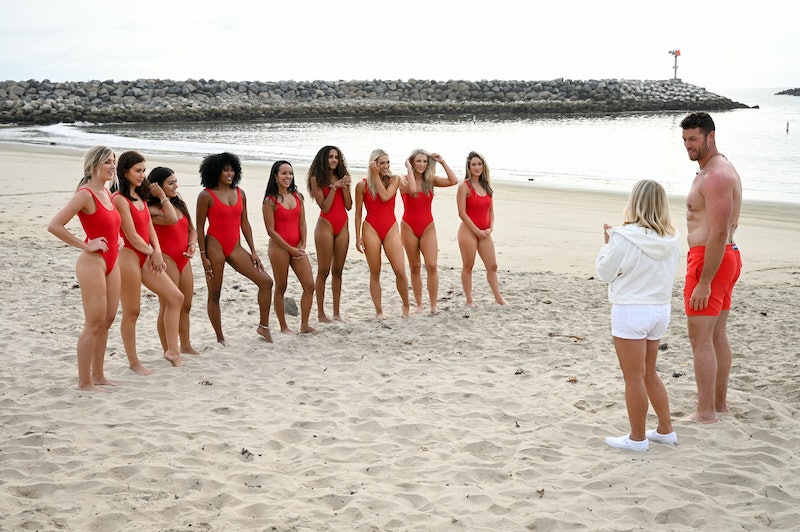 Bachelor fans are very confused after an emotional group date in which several contestants (and the Bachelor himself) opened up about their body image issues. The reality series, which continues to lack body diversity after 26 seasons, recruited former Bachelorette Kaitlyn Bristowe to host the date and facilitate an honest and vulnerable discussion. The women were read various statements out loud and were told the stand up if they could relate. Rather quickly, the group date transformed into an intense therapy session.

After Clayton confessed to putting “a lot of walls up” in his last relationship and Genevieve admitted to “self-sabotaging,” Hunter spoke candidly about an ex-boyfriend who was unsatisfied with her appearance. The 29-year-old human resources specialist told the group that she would dye her hair and wear color contacts to make him happy. She also said that her ex, who ultimately cheated on her anyway, pushed her to go to the gym to “get this body that was nearly impossible to achieve.”

Hunter’s heartbreaking story was just one of many shared on the group date. Serene, who has a naturally petite frame, revealed that people used to call her “anorexic.” The negative comments about her body took such a toll on the 26-year-old elementary school teacher that she developed anxiety about whether or not she was eating enough in front of other people. “It took me a long time to be comfortable with myself,” she said. Clayton could relate.

“When I was younger, I hated who I was just by waking up every day and seeing somebody I wished I didn’t see,” the Bachelor revealed. The 28-year-old athlete went on to explain that when he was in seventh grade, he lost 15 pounds despite the fact that he was supposed to be growing. “I hated the way my stomach looked,” he said. “I’d look in the mirror and I’d just pinch my stomach.” Susie, a frontrunner on this season, was moved by Clayton’s vulnerability. “I don’t think I’ve ever heard a man talk about that kind of feeling toward themselves,” she said.

While many would agree that these types of discussions should air on TV more often, Bachelor fans felt it a wasn’t genuine effort at being body positive given the show’s history of only casting contestants of a certain size. “The Bachelor talking about body positivity while never having a women past a size 6 on the show,” Twitter user @maggiebachstuff wrote. @DFortch echoed that sentiment: “So this show is exploiting these girls’ body issues while simultaneously never casting anyone bigger than a size 4. Ok.”

To make matters even worse, Clayton went on a one-on-one with Sarah immediately after the group date, and the two stripped down to the their underwear for an extreme scavenger hunt. “Classic Bachelor transition from talking about body issues to forcing a girl to run around downtown in her underwear,” @courtcamps tweeted. Several other fans of the show noticed the hypocrisy as well:

Finally, Twitter user @aynsley_Broom said what we are all thinking right now: “While #TheBachelor is on the topic of body image, when are they going to bring people of ALL shapes and sizes on the show?” Your move, ABC.

More like this
'Selling Sunset's Christine Has Finally Addressed Her Oppenheim Group Exit
By Brad Witter
G Flip Shared How They Got Romantic With Chrishell Stause & Discussed Babies
By Brad Witter
Twitter Is Upset About The 'American Idol' Top 3 Results: "Who TF Is Voting?"
By Jake Viswanath
How 2 'American Idol' Singers Performed With COVID-19 & Made It Into The Top 5
By Jake Viswanath
Get Even More From Bustle — Sign Up For The Newsletter