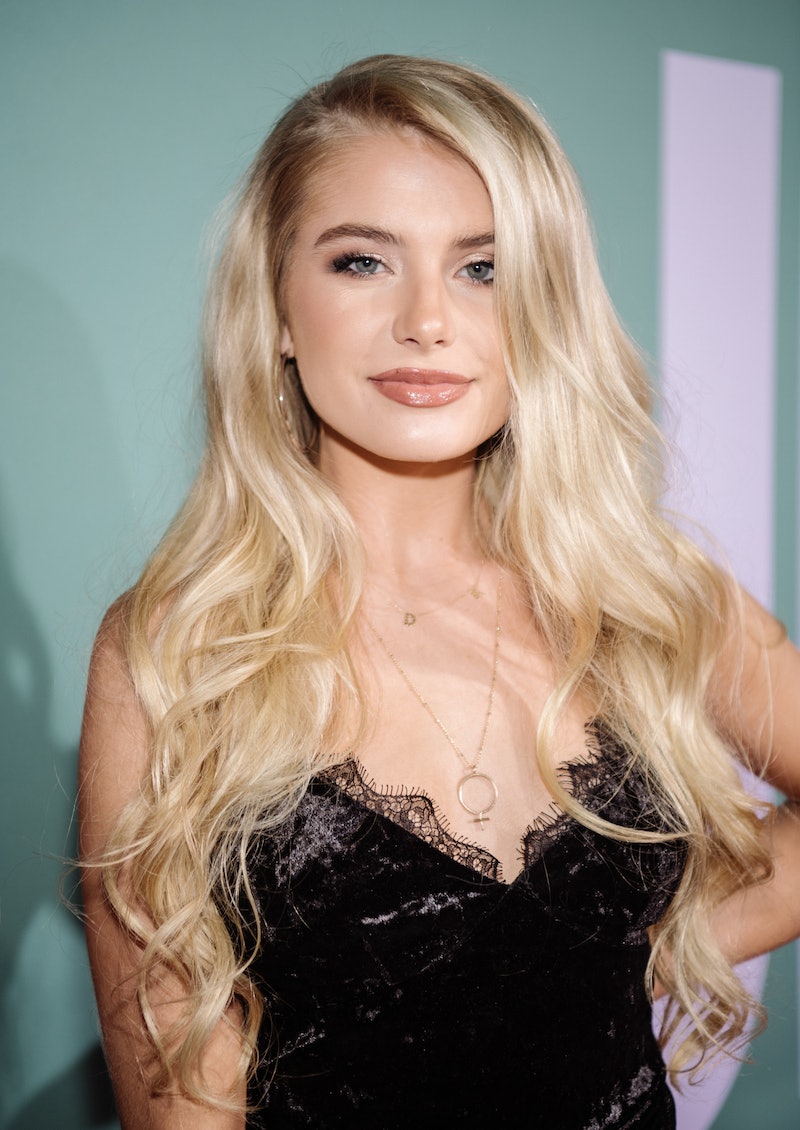 Former Bachelor contender Heather Martin didn’t receive the warmest welcome from Matt James' contestants when she crashed the resort during the Feb. 15 episode. After the incident, which left Pieper James feeling "really invisible," Martin's fellow Season 23 contestant Demi Burnett took to Twitter to defend her. Of course, this is Bachelor Nation, so things quickly turned messy.

“Heather Martin is someone I look up to,” Burnett wrote in a tweet during the episode. “I wanna be more like her. She doesn’t talk bad about anyone. She is always happy and friendly and willing to be there for anyone. They should’ve used her as an ally since she has been through this before. Fk every one of them.” Burnett also went on to say that “Bach girls always love meeting me (bc my clout n ability to entertain)." Assuming that would be the case for this season's contestants, she added, "WELL, I don’t want to know a single one of the people who said mean sh*t to heather. Heather wouldn’t condone this but I will say: Kiss my ass!!!”

In her harsh defense of the contentious new arrival on Twitter, Burnett herself was called out. Taylor Nolan, a former contestant and host of the Let's Talk About It podcast, described Burnett's tweets as "the foolishness of centering white women & white female victimhood." Another Twitter user wrote, "You know what I’m disappointed by? The fact that you’ve been through this experience and yet find the time to make radical claims about women you don’t know."

Later, users circulated a photo of Burnett wearing a jacket with a Confederate flag on it and asked, "This you?" Becoming the latest Bachelor contestant who was asked to answer for promoting offensive beliefs, Burnett then filmed an apology.

"That’s ignorance. That’s ignorant of me not to pay attention to the confederate flag," she said in the video. "Even more ignorant of me to not even know how harmful that is to people. So like, yeah, I royally f*cked up wearing that. And I am so f*cking sorry. Like, I’m disgusted with myself. I’m embarrassed, like, it doesn’t even matter how I feel. I’m just so f*cking sorry because that is not what I stand for, that is not what I’m about. And I’m really mad that I ever wore it."

In a second video, Burnett said she has since learned more about the painful history associated with the flag since wearing the jacket. "I know better now – did not know better then," she said. "So, really, what I can say now, is… be better than me. Don’t look up to me. Look up to being better than me, cause I f*cking suck. And I really f*cking hate myself like, for being ignorant. Cause this is the time to change the world, make it better, and I made it worse. So I’m really, really sorry.”

Burnett also apologized for those earlier tweets criticizing the Bachelor women. "I don’t have a PR person to filter my tweets I just say what’s on my mind and sometimes I say the wrong things and I’m sorry for that," she wrote. "I suck sometimes and I’m sorry. I mean well but I get it wrong." And directly addressing Nolan, she tweeted, "I am really sorry I did not mean to do that and I understand what you are saying. I’m a piece of sh*t."

Still, Burnett may have a long way to go when it comes to regaining the trust of fans who were incredibly disappointed and hurt by her actions and her apology. One viewer tweeted, "Self-flagellation on the timeline doesn’t make an apology ... it shifts the focus from you owning your actions to the person/s who was harmed having to console you." Another agreed that her apology was "manipulative behavior" and added, "You can be an apologetic person while holding yourself accountable without being verbally abusive to yourself."

Burnett hasn't responded to the critiques of her apology tweets and videos.

More like this
Hannah Ann Got Engaged 3 Years After 'The Bachelor' & The Proposal Was Dreamy
By Grace Wehniainen
Zach Reveals The Chaotic 30 Minutes That Were Cut From ‘The Bachelor’ Premiere
By Grace Wehniainen
Andy Cohen Apologized To Larsa Pippen After A 'RHOM' Season 5 Reunion Dust-Up
By Brad Witter
'Bachelorette' Vet Clare Crawley Unveiled 2 Special Wedding Day Accessories
By Stephanie Topacio Long
Get Even More From Bustle — Sign Up For The Newsletter
From hair trends to relationship advice, our daily newsletter has everything you need to sound like a person who’s on TikTok, even if you aren’t.