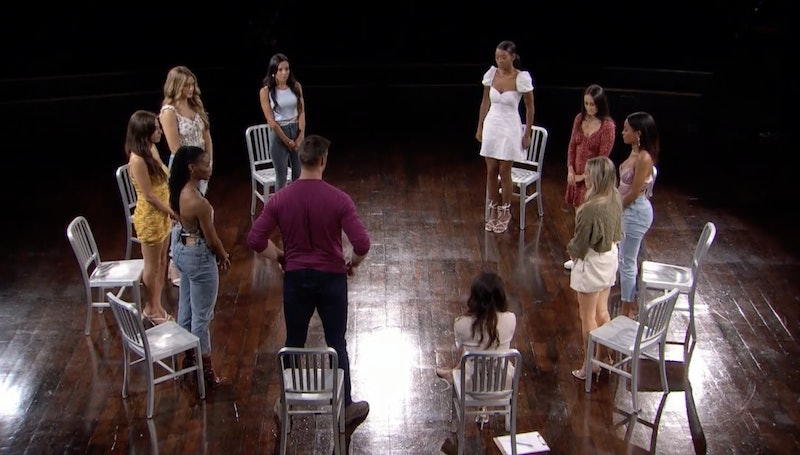 What could be worse than competing with a group of 30 other gorgeous women for the affection and attention of one man? Having to attend a group therapy session with all of them. Yet once again, that’s what happened in the Jan. 24 episode of The Bachelor.

Similar to the date hosted by Nick Viall during Katie Thurston’s season of The Bachelorette, Bachelor Clayton Echard kicked off Episode 3 by ushering several of his excited contestants into a room for a group date. The mood quickly turned somber as they took in the sight before them: a very serious-looking Kaitlyn Bristowe standing amid a circle of chairs. Asking everyone to be open, Kaitlyn made everyone — including Clayton — stand up if they’ve ever disliked something about themselves. They all stood up and proceeded to share their deepest insecurities, including one contestant’s harrowing story about how her ex would constantly put her down and even made her dye her hair and wear colored contacts to more closely resemble his ideal physical type (*shudders*).

Twitter users were quick to point out that The Bachelor franchise has repeatedly mined personal trauma for dates and drama — always in the absence of a licensed professional who knows how to guide them through it. “Why do we keep forcing reality show contestants to go through traumatic therapy sessions on national television?” one user asked.

Others pointed out that not only is it intrusive and unregulated, it’s also probably no one’s idea of fun.

At some point later in the day, Clayton said, “This is the best date that I have been on since I’ve been here.” User @enrigenesis posted, “This?... was the best date you’ve been on so far?? It was a forced therapy session...”

Surely there must be something more romantic than trauma dumping on your date before knowing anything else about them.