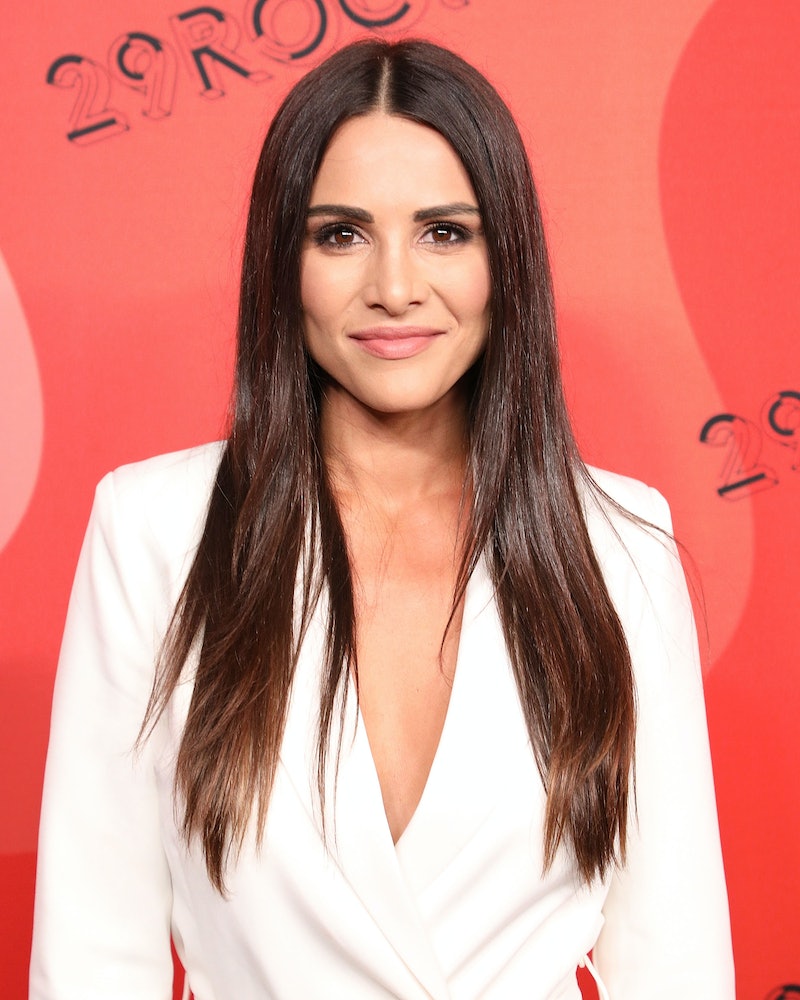 Good news, Bachelor Nation — former Bachelorette Andi Dorfman “finally found love.” On Wednesday, March 30, the Season 10 lead told People that she got engaged to her boyfriend Blaine Hart, who she reportedly rekindled her romance with last summer. “I don’t even remember what he said, I just remember hugging him and crying,” Dorfman, 34, said of the moment her now-fiancé popped the question. “I didn’t even remember seeing the ring at first.”

The former reality star also told the magazine that she didn’t suspect a thing. “Blaine told me he made dinner reservations and asked if I wanted to do sunset cocktails on the beach, which is something we do all the time here in L.A.,” she explained. After pouring wine and walking down to the shore, Blaine got down on one knee. And although Dorfman was expecting a nice dinner after, Hart had something else in store.

“The best part was, he told me instead of dinner we were going to stay the night at Hotel Bel-Air. So we drove home to pack a bag and when I opened the door to our home, both of our families and my closest friends were there to surprise me,” Dorfman recalled. “That’s when I really started bawling. My nephew and niece were there and came running up to us. It was adorable.” She added that she had “absolutely no clue” that Hart planned an engagement party.

Elsewhere in the interview, Dorfman gushed over her ring and, more importantly, her new fiancé. “I love, too, that Blaine visited my parents in Atlanta to ask both of them for their blessing and even called my sister to ask for hers as well,” Dorfman continued. “That just epitomizes the kind of man Blaine is.” Unfortunately, the former Bachelorette wasn’t as lucky when she attempted to find love on TV.

Fans of The Bachelor were first introduced to Dorfman on Juan Pablo Galavis’ season of the hit reality show. However, the former contestant eliminated herself from the competition after a disastrous overnight date. She was later cast as the Bachelorette and got engaged to contestant Josh Murray at the end of her season. However, the pair announced their split in early 2015, and Dorfman later revealed in her book that Murray was controlling and had anger issues.

After kissing a bunch of frogs, it finally seems that Dorfman’s found the love she’s been looking for. She told People that their relationship “is completely different” from the others, which is why she’s kept it so private. “I wanted to protect Blaine a bit from the world of the public eye and I didn’t want that to play a role in our relationship,” she explained. “But it’s fun for me to share it now, and it makes me feel really good to see that people are truly happy that I finally found love.”

“Not only do we love each other tremendously, but we like being with each other,” Dorfman continued. “We both just want to make the other happy and in turn our relationship is a lot of fun. That’s the word I’d use to describe our relationship: fun.” She also said that she knew Hart was “different” from the jump. She said, “I remember just hoping that the shoe wouldn’t drop and this was the real deal and it turned out it was!”

More like this
Hannah Ann Got Engaged 3 Years After 'The Bachelor' & The Proposal Was Dreamy
By Grace Wehniainen
'Bachelorette' Vet Clare Crawley Revealed Her Stunning Wedding Photos
By Stephanie Topacio Long
'Bachelorette' Vet Clare Crawley Unveiled 2 Special Wedding Day Accessories
By Stephanie Topacio Long
Zach Reveals The Chaotic 30 Minutes That Were Cut From ‘The Bachelor’ Premiere
By Grace Wehniainen
Get Even More From Bustle — Sign Up For The Newsletter
From hair trends to relationship advice, our daily newsletter has everything you need to sound like a person who’s on TikTok, even if you aren’t.