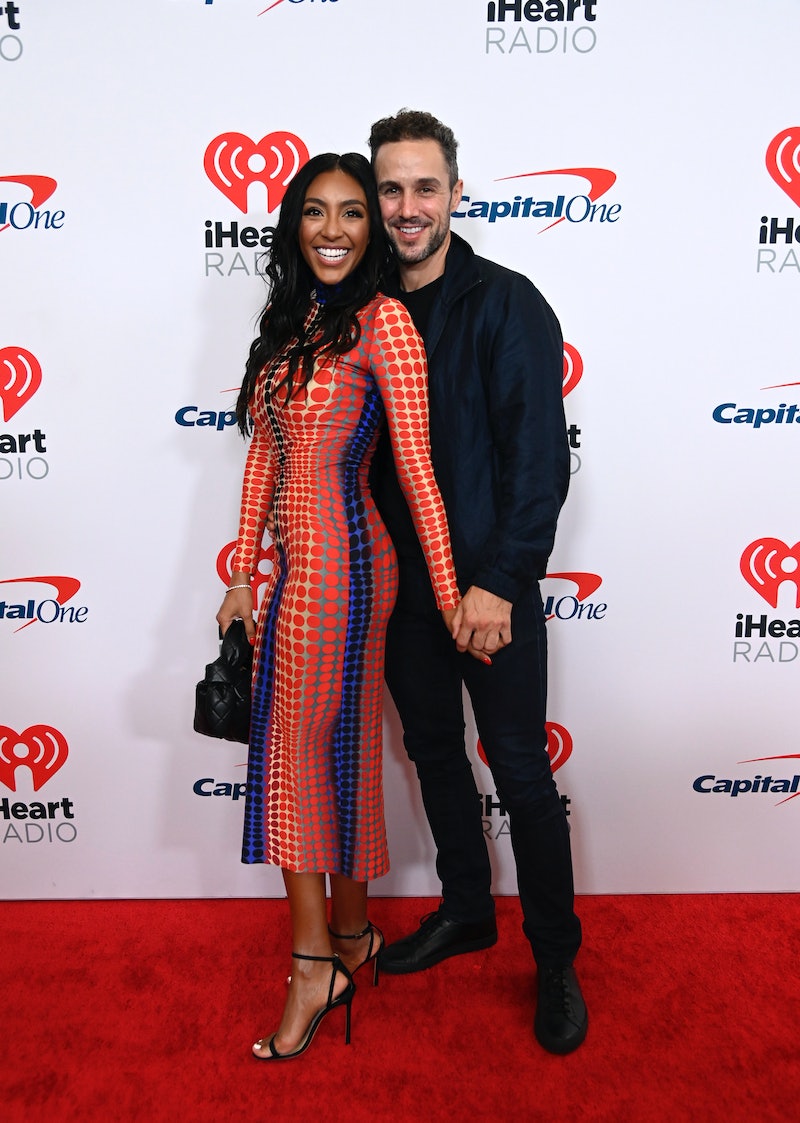 Though Bachelor Nation tuned into Michelle Young’s Men Tell All special to catch up with this season’s fallen suitors, they went home with a glimpse at another couple’s breakup, too — that of Tayshia Adams and Zac Clark, who called off their engagement this November.

“All in all, all I have to say is that I’m heartbroken,” Tayshia said, when co-host Kaitlyn Bristowe brought up Tayshia’s missing engagement ring. “But we tried really hard, and I still love him very much. And um, I’m not sure what the future holds.” Though Tayshia initially stuck around to chat with Rodney Mathews, she soon excused herself from the conversation and left the stage in tears.

Knowing the timing of Michelle’s Men Tell All special makes the moment even more heartbreaking. As Glamour reported, filming took place around Thanksgiving, so viewers are potentially seeing Tayshia within days of her breakup being officially announced on Nov. 22. A week earlier, the former Bachelorette had written “Trust the process...” on Twitter. She also gave Zac a shoutout on Instagram “for running with [her] every step of the way” during the New York City Marathon. All that is to say, Tayshia’s reaction on the Men Tell All special seems to be very raw, and the breakup recent.

Tayshia soon returned to the stage, but it looks like viewers will need to wait a little longer for more insight. She didn’t address the split a second time during the special — there was plenty of other drama to fill the two hours, after all — nor did she speak about it on social media. Her last Instagram post is a marathon photo from Nov. 16.

Sources told People that Tayshia and Zac “have been strained through the fall” due to busy schedules, also noting that the former Bachelorette is “way more comfortable [than Zac] in the spotlight because of her job.”

“At the end of the day, they're very different people,” the source explained. “They're both good people — she's amazing and he's a great guy and very passionate about his work. But they're a total mismatch.”