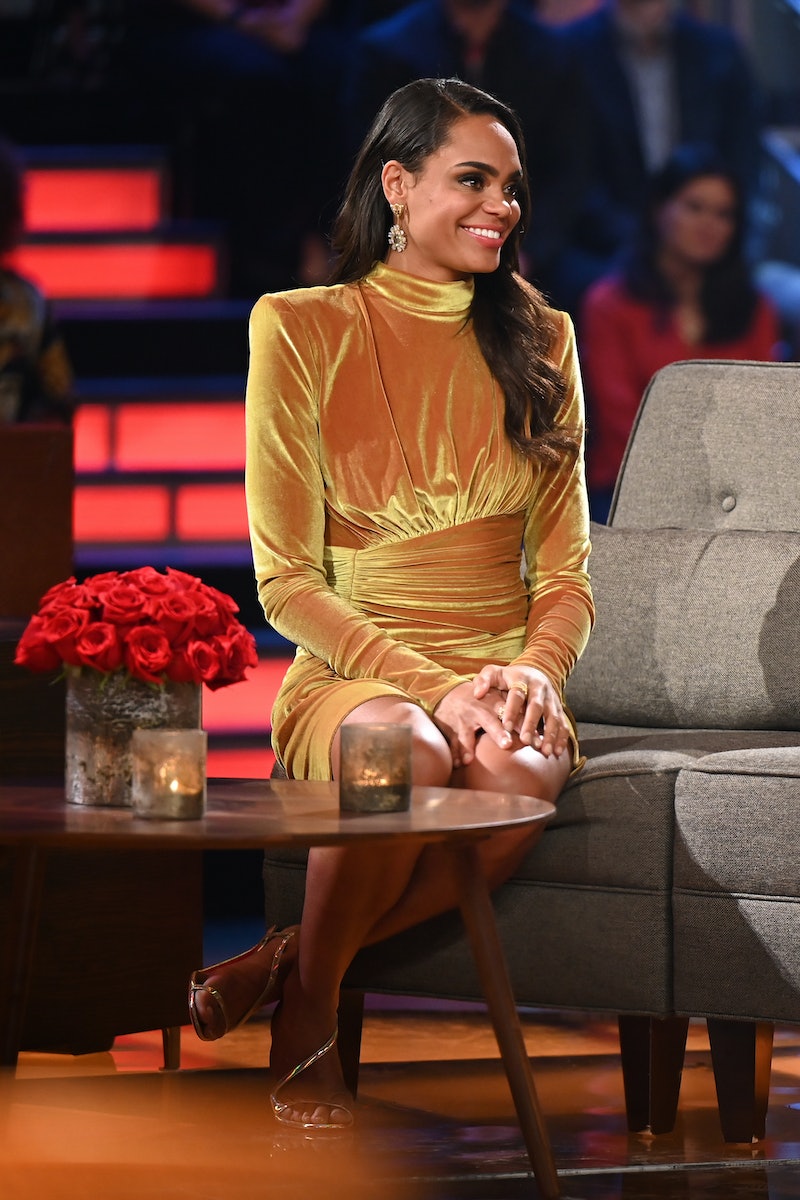 Michelle Young’s Men Tell All special has finally arrived, and her rejected contestants are ready to hash out all the major drama from the season. There are still three men in the running for Michelle’s final rose — including Joe Coleman, Nayte Olukoya, and Brandon Jones — but most of the rest of the men will be back, including the most recently eliminated contestant, fan favorite Rodney Mathews.

According to Glamour, the Men Tell All special was filmed during Thanksgiving break in Los Angeles. Between her Bachelorette duties and job as an elementary school teacher, Michelle didn’t have much time to rest. “I get time off from school this week, but I'll probably still lesson-plan those days,” she told the outlet. “I'll take Thanksgiving day to relax, but then the other days, I'll have to get stuff done.”

Still, Michelle added that she was excited to reunite with the men, since the bulk of her season was filmed months prior in July and August. “Honestly, [I’m excited to see] so many of them, because the connections that were built and the conversations that were had were very deep and respectful conversations,” she said. “You build connections with these men and they're all so different. I grew to care about all of them, honestly, and still do.”

It won’t all be sunshine and roses, though. According to previews for the special, several old conflicts will be revisited, including the feud between Peter Izzo and Will Urena. Widely hated contestant Jamie Skaar will also be there to face questions about why he seemingly misled Michelle about what was being said about her in the house, as will more recent exit Martin Gelbspan, who Michelle will grill about the comments he made about her during his limo exit.

Aside from all the drama, we’ll also get a sneak peek of Clayton Echard’s season of The Bachelor, as well as a glimpse of what’s still to come on Michelle’s season. The most popular theory among fans is that Nayte wins, even though his hometown date raised a few red flags for Michelle and viewers alike. But Michelle teased to Us Weekly that she could also end up single. “I had no idea I would be in the position that I was at the end of the season,” she said. “[The ending is] something that I didn’t necessarily expect, something that I didn’t think was possible for me. I’m excited for everybody kind of to see what that entails because I think a lot of assumptions are made, you know, of either who I end up with or if I end up with anybody.”

Michelle added that fans will see her both “hurt” and “happy” during the finale. “You’re going to see so many different emotions,” she said. “And you will see my genuine feelings.”

More like this
Zach Swears He Didn’t Look Up Contestants Before The Bachelor Began Filming
By Brad Witter
'Bachelor' Fans Think Rachel & Clayton Are Dating After This TikTok
By Grace Wehniainen
Kaitlyn Bristowe Said Chris Harrison Ignored Her After Her 'Bachelorette' Hosting Gig
By Grace Wehniainen
Zach Addressed His "Boring Bachelor Energy" After His Group Date With Latto
By Grace Wehniainen
Get Even More From Bustle — Sign Up For The Newsletter
From hair trends to relationship advice, our daily newsletter has everything you need to sound like a person who’s on TikTok, even if you aren’t.