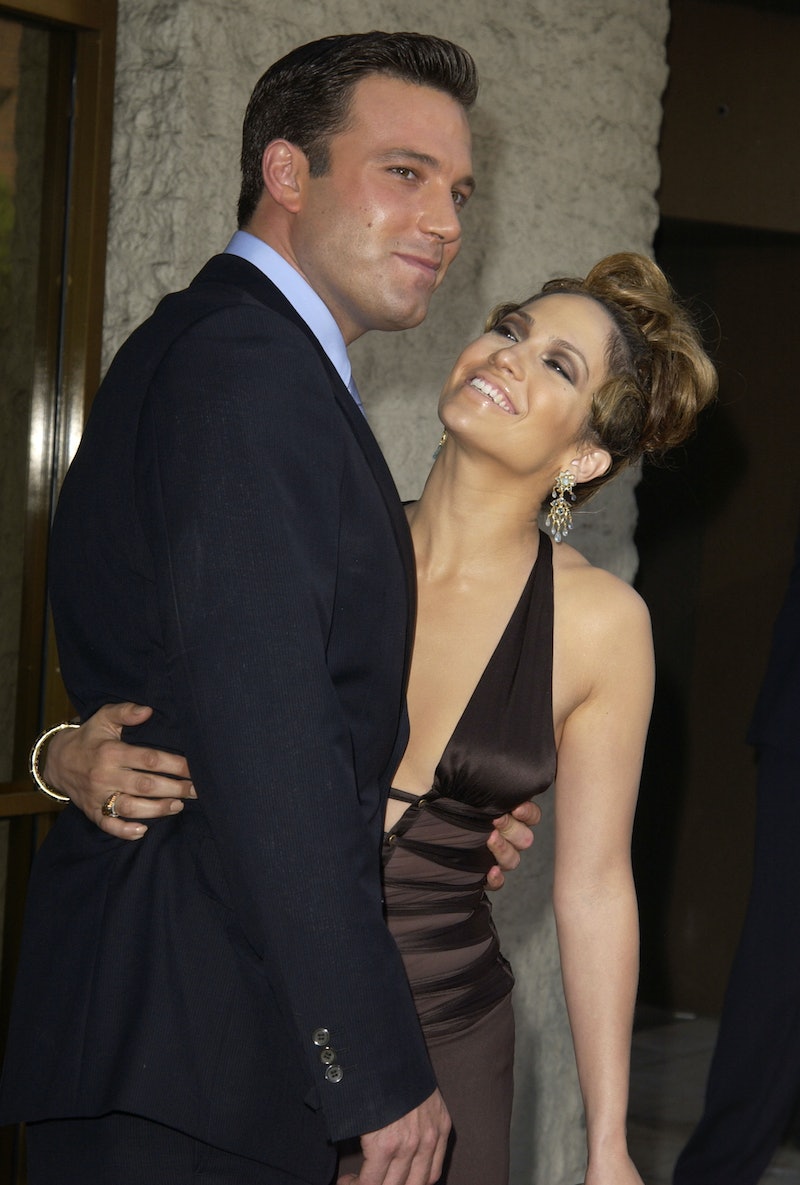 Bennifer supporters have been eating well lately. In addition to the recent reports that Jennifer Lopez and Ben Affleck may have reignited their romance after 17 years, TMZ is now reporting that the Justice League actor has been “flooding her with emails” since February. Apparently, the emails were more than just notes between friends. In them, Affleck reportedly expressed “loving and longing for Jen” and complimented the way she looked in photos taken on the set of Shotgun Wedding.

If the report is true, Affleck allegedly wrote in the emails that he wished he could be with Lopez in the Dominican Republic, where her movie was filmed. However, he couldn’t make it because he was shooting The Tender Bar in Boston. The notes reportedly got even flirtier and said something about Affleck being able to “own her heart” with his writing. Their email exchanges supposedly lasted until Shotgun Wedding wrapped at the end of April. Bustle has reached out to both Affleck and Lopez’s reps and will update this story if we hear back.

While this is certainly an interesting development amid rampant rumors that the former couple is back on, Bennifer shippers are still trying to process the recent reports that the two are currently on vacation in Montana together. According to E! News, the duo jetted off to the Yellowstone Club to spend time “just the two of them” after the Vax Live event on May 2. “They have always stayed in touch and had a strong connection,” an insider revealed. “She finally has had the opportunity to spend time with him and see where this could lead.”

J.Lo and Affleck are “very comfortable together,” per E! News’ source. “She wants to keep seeing him and is very happy,” the insider continued. “They never really had closure and she has always wondered what could have been. The timing was never right and they were in different places until now.” These love letters do complicate the timeline a bit. J.Lo and Alex Rodriguez only announced their split in April, which means that if Affleck did send these emails, he sent them prior to the release of the former couple’s official statement.

Reports that things are heating up again for Bennifer began to circulate late last month when Page Six reported that they were seen together on multiple occasions. Per the outlet, Affleck was photographed exiting a white Escalade SUV that reportedly belongs to Lopez, and another source said that the Gone Girl actor secretly went to J.Lo’s Bel Air home three times since April 22. At this point, the status of their relationship remains unclear. However, their reunion came as a shock to many people — including A-Rod, apparently.

According to a new report from E! News, the retired baseball player is “very shocked” that the Second Act star has moved on from their relationship so quickly. “She’s not interested in rekindling anything with A-Rod and is done,” a source revealed. Rodriguez, it seems, hasn’t quite reached that point yet. “He truly thought they would be able to make it work and reconnect,” a source told the outlet. “He has been reaching out to J.Lo trying to meet with her and she has been very short with him.”