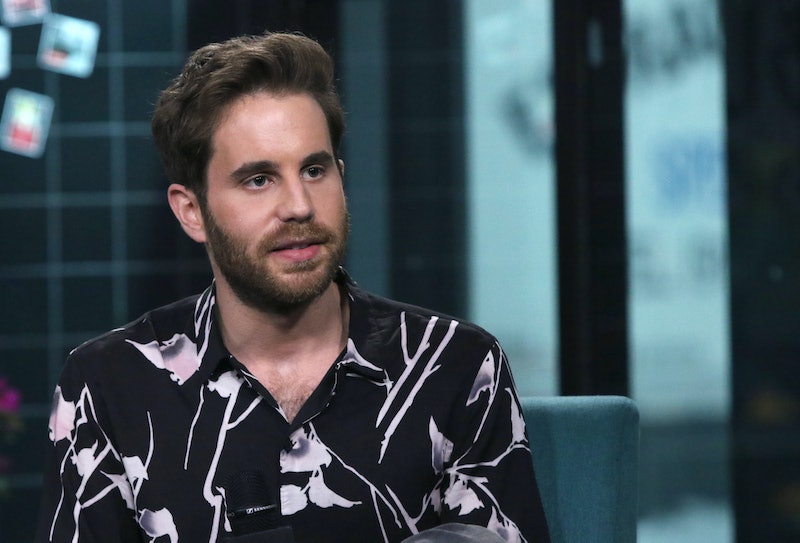 Since the release of the first Dear Evan Hansen trailer on May 18, Ben Platt’s age has largely dominated the discussion surrounding the highly-anticipated film adaptation of the Tony award-winning Broadway musical. The 27-year-old actor, who plays the lead role of the eponymous 17-year-old high schooler, has spawned countless memes online criticizing how much older he looks compared to his fellow cast mates Amandla Stenberg, Kaitlyn Dever, and Nik Dodani.

In response to the barrage of criticism online, Platt took to Twitter to fire back at haters in a tweet that has been since deleted from his account. He began the tweet on a positive note by thanking fans for their support. “Thank you from the bottom of my [heart] for the outpouring of trailer love yesterday,” he wrote. “The film required me to revisit areas of personal pain, so seeing [people] excited and moved makes it so deeply worth it.”

Then he took a stand against those who believe that he’s officially aged-out of the role that he originated for the Broadway stage back in 2017. “P.S. to the randos being jerks about age, read this great article and/or watch Grease,” he wrote.

The article he makes reference to is his interview with Vanity Fair, where Platt admitted he feared that he would be too old for the lead role after filming delays due to the coronavirus pandemic. “I kind of assumed that was that — it would be a no-go, and by the time the pandemic was over, I’d have outgrown it,” he said. “Much to my pleasant surprise, Universal seemed to be really hell-bent on making it, and specifically making it with me.”

The actor’s point about Grease, though, is valid. Most of the iconic 1978 musical’s cast was much older than the Rydell High students they were supposedly portraying, including then 33-year-old Stockard Channing as Betty Rizzo and 31-year-old Michael Tucci as Sonny. Even its main leads, John Travolta and Olivia Newton-John, were both 23 and 28. In fact, it’s a common thread that has been used to online to both support his casting and create even more memes around it.

The film’s director, Stephen Chbosky, came to Platt’s defense in the Vanity Fair article by revealing why he believes Platt is the perfect fit for the film no matter his age. “His understanding of the character is so complete and so profound. I couldn’t imagine anybody else playing it,” Chbosky said. “It’s his part. I felt very strongly about it. And to me it was never even a consideration.”

You can watch Platt’s performance when Dear Evan Hansen is released in theaters Sept. 24.