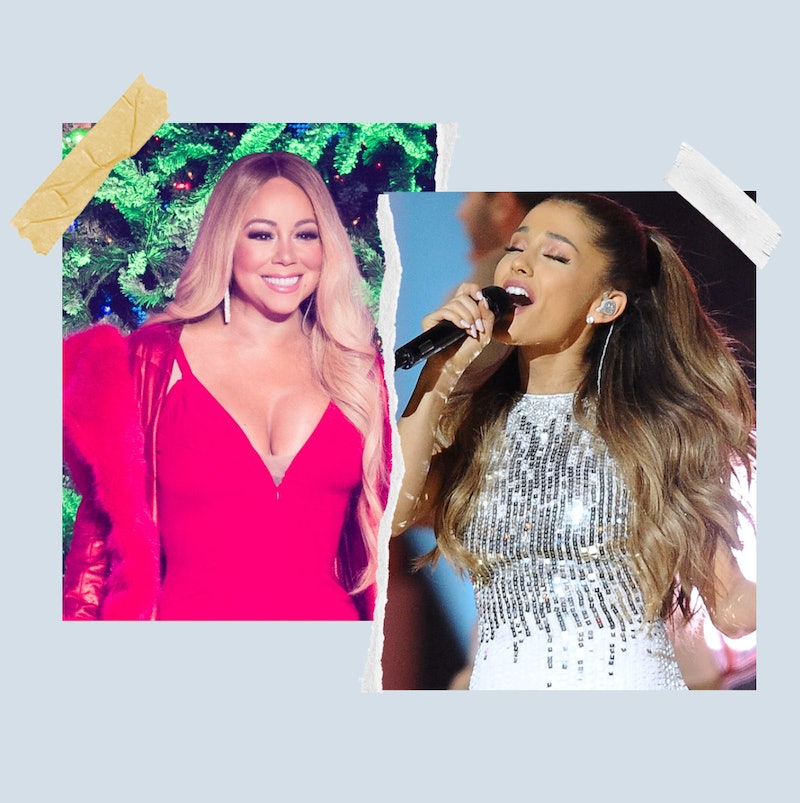 Mariah Carey’s 1994 classic “All I Want for Christmas Is You” is the biggest, most adored, and most (rightfully) overplayed holiday song of the past quarter-century. It’s the rare modern release that has proven itself to be a classic, and it somehow only seems to become more and more popular with each passing season — even reaching No. 1 on the Billboard Hot 100 chart 25 years after its release in 2019. The upbeat tune is so ubiquitous come December that Carey has been crowned the “Queen of Christmas,” and other celebrity musicians often perform their own renditions of it.

There are hundreds of covers of “All I Want for Christmas Is You.” While countless bands and singers have put their spin on the seasonal smash, a handful of releases stand out as more impressive or captivating than the rest. Some vocalists attempt to match the original performance, while others change up the genre, making the classic feel completely fresh.

READ NEXT: How Mariah Carey Became The Queen Of Christmas

If you need a break from Carey’s timeless “All I Want for Christmas Is You,” try these covers, which all deserve to be placed into heavy rotation on your holiday playlists.

Ariana Grande has often been compared to Mariah Carey, as they’re both incredible vocalists who can riff and hit notes like few in the industry. So, it makes perfect sense that Grande’s rendition of “All I Want for Christmas Is You” would sound very similar to the original. In fact, of all the tunes featured on this list, Grande’s is the one that is most like Carey’s take, and if she recorded this properly in a studio, it would probably become a smash hit for her.

Does it count as a cover if the original artist takes part? We’ll say yes here. Carey joined Justin Bieber on “All I Want for Christmas Is You (SuperFestive!),” re-releasing the seasonal hit in 2011, more than a decade and a half after the song first came out. The Canadian teen pop singer featured the duet on his Under the Mistletoe album, which quickly established him as a force to be reckoned with in the holiday music space.

Michael Bublé has covered “All I Want for Christmas Is You” several times throughout his career. He has found incredible success by recording and releasing Christmas music of his own, and he often makes sure to include Carey’s beloved cut when he performs holiday tunes live. There’s even a video of the two duetting “AIWFCIY.”

The 2016 reveal of Carpool Karaoke’s “All I Want for Christmas Is You” was a wonderful surprise at the time. From the moment Carey appeared in the vehicle next to The Late Late Show host James Corden with presents filling the backseat, it was obvious what was coming next. What viewers weren’t expecting were the many, many celebrity guests who also take part in the song. Stars like Lady Gaga, Elton John, Selena Gomez, Coldplay, the Red Hot Chili Peppers, and even Adele all secretly recorded themselves singing parts of the Christmas classic.

British pianist Jamie Cullum has a style all his own, and it’s impressive that he’s able to take a song that is so ingrained in the minds of the masses and make it fit his sound. The jazzy rendition is low-key, laid-back, and an extreme departure from the original, but it still works brilliantly.

Sometimes when country musicians cover a popular song, there is an urge to make it sound as “country” as possible, adding plenty of twang to a tune. Thankfully, that’s not the route that Lady A (formerly known as Lady Antebellum) took. Instead, they turn Carey’s seasonal win into an adult contemporary composition, easing into the cut. It’s more of a country-lite reworking.

When Demi Lovato puts on a show, you can guarantee it’s going to be something special, but this performance is next-level when it comes to the production values, as well as the audience. Singing at the White House for a crowd that included then-President Obama, Lovato belted “AIWFCIY” with a backing chorus, proving once again that they are among the best vocalists in the pop world.

R&B talent and Maroon 5 drummer PJ Morton takes Carey’s ultra-poppy and festive “All I Want for Christmas Is You” and makes it funky. The song becomes a drum-heavy production that’s weird (in the best way) with what sounds like a strange synth included, just for fun. It’s simple, nearly-bare and so cool it hurts. A few horns thrown in for good measure round things out.

A quick look for covers will turn up plenty of rock versions, and sadly, almost none of them sound very good. It’s difficult to get such a season-specific tune work with hard guitars, drums, and a bass, but somehow, pop-punk band Point North pulls it off. The group adds a bit of an edge to the cut, but the spirit is still there, and it sounds awesome.

For more than 15 years, the Puppini Sisters (who aren’t siblings at all) have worked diligently to bring traditional pop and old-school jazz back. They have a dedicated fan base, and everything they turn out shows that these styles are still alive and kicking, and their holiday releases are particularly popular. The trio’s take on “All I Want for Christmas Is You” is a fantastic introduction for those who might not have heard of the group, and it’s a super fun throwback twist on the hit.

Throughout the six seasons Glee aired on TV, the actors and singers on the show covered pretty much every popular song in existence. The cast reached the Hot 100 with more than 200 different songs, making them one of the most successful acts in Billboard history, and they almost matched Carey in sending their own version of “All I Want for Christmas Is You” to the ranking. Sung largely by Amber Riley, the track is featured on the soundtrack Glee: The Music, The Christmas Album Volume 2, which brought the group back to the top 10 on the Billboard 200.

Tori Kelly sometimes flies under the radar among other female pop singers who have charted bigger hits or who have larger-than-life personas, but she remains an incredibly talented singer and musician, which is evidenced by her cover of “All I Want for Christmas Is You.” Only available on the Target deluxe edition of her first holiday album A Tori Kelly Christmas, everyone should hear this version of Carey’s hit, which is restrained, beautiful, and soulful.

More like this
The 'Glee' Cast Isn’t Happy About 'The Price Of Glee'
By Jake Viswanath
"Lavender Haze" Star Laith Ashley Breaks Down Filming With Taylor Swift
By Jake Viswanath
Twitter Wants To Dance With Anne Hathaway At Paris Fashion Week
By Alyssa Lapid
Twitter Is In Awe Of Taylor Swift’s “Lavender Haze” Music Video
By Jake Viswanath
Get Even More From Bustle — Sign Up For The Newsletter
From hair trends to relationship advice, our daily newsletter has everything you need to sound like a person who’s on TikTok, even if you aren’t.