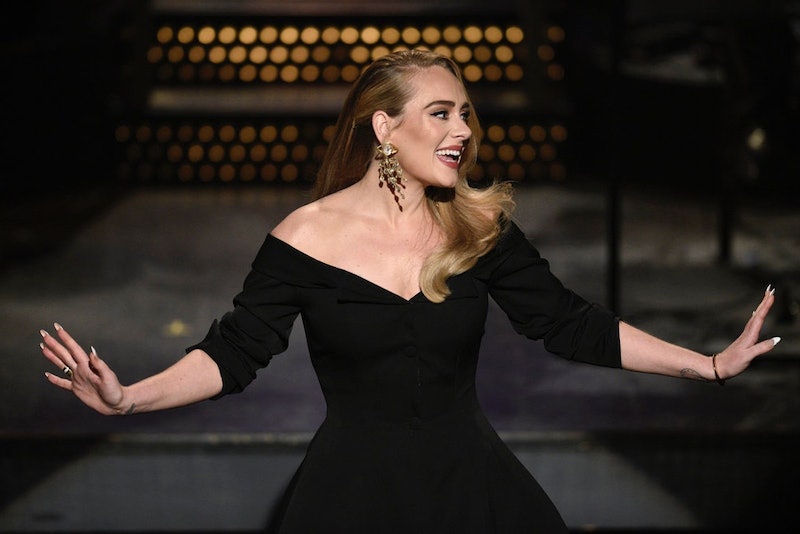 Hold on to your corkscrews, Adele has finally released her latest album 30. Six years after the release of the 33-year-old singer’s last album, 25, critics are calling the eagerly anticipated fourth outing Adele’s “toughest, most powerful album yet”, and fans have been quick to agree. Adele’s 30 dropped at midnight, and it took just a few hours for fans to make their feelings known on social media.

Adele – full name Adele Adkins – revealed in an Instagram Live that the new album would be about “divorce, babe,” and fans knew they were in for a rollercoaster of emotions. But now that the album has landed, listeners have got all the feels. “Adele dropped, pass me a bottle,” one user wrote on Twitter, whilst another posted “Adele let me give you a hug and a kiss right now.”

Singles from the album “To Be Loved”, “Hold On”, and “I Drink Wine” have emerged as early fan favourites, but the brutal honesty in track three on the album, “My Little Love”, has left fans heartbroken. Adele previously revealed to British Vogue that the album on a whole is a letter to her son Angelo to explain why she upended his life by divorcing his father Simon Konecki, and no song embodies her motherly message more so than “My Little Love”, an RnB, soul ballad addressed solely to Angelo featuring voice messages from Adele herself, and recordings of her son.

The first single from the album, “Easy On Me”, has already spent a month at the top of the UK charts and had fans reaching for the tissues. But it's not all heartbreak and tears, Adele also delivers the big hitters “Oh My God”, “Can I Get It” and “Woman Like Me” on 30, too, all of which have an air of empowerment. As one Twitter user put it: “It really does feel soo fresh and evolved and powerful.”

Keep scrolling for some of the best fan reactions on the internet right now.

More like this
Twitter Is Saying The Same Thing About Beyoncé's Renaissance World Tour
By Shahed Ezaydi
Harry Styles Just Split His Pants In Jennifer Aniston’s Face
By Sam Ramsden
Twitter Has Renamed Ekin-Su After *That* 'Dancing On Ice' Performance
By Sophie McEvoy
Twitter Can’t Make Up Its Mind About Ekin-Su’s 'Dancing On Ice' Skate-Off
By Sophie McEvoy
Get The Very Best Of Bustle/UK
Sign up for Bustle UK's twice-weekly newsletter, featuring the latest must-watch TV, moving personal stories, and expert advice on the hottest viral buys.