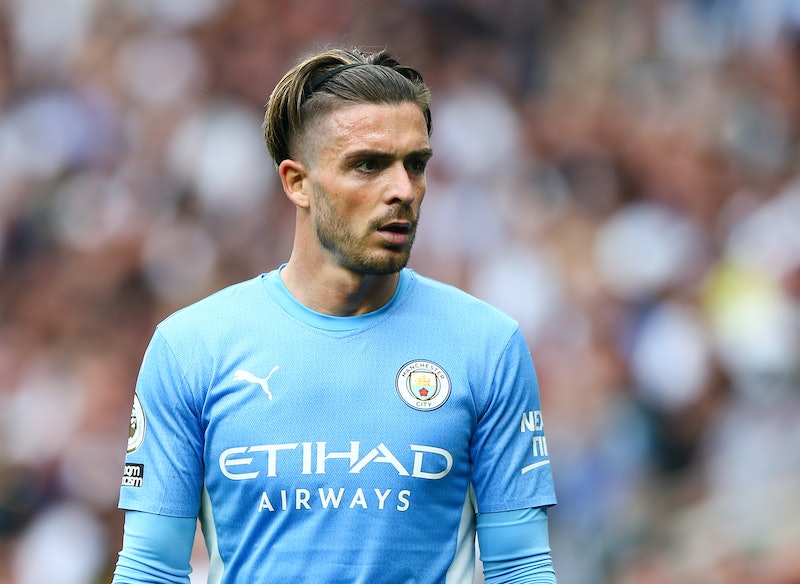 As celebrity fandoms go, Jack Grealish’s is a mixed bag. The star’s loyal fanbase appears to be made up of hardcore footie fans and a large number of people who just really quite fancy him (think Mrs Grealish 69). While the athlete has been making headlines in recent weeks for his big-money transfer from Aston Villa to Manchester City, attention has now turned to his private life after tabloids sleuths reportedly spotted Grealish on the highly exclusive dating app, Raya.

Up until now, Grealish was thought to be dating childhood sweetheart Sasha Atwood, but, if rumours are to be believed, he may be single now. Tabloids reported that Grealish’s Raya profile was active following his team’s 1-0 loss to Tottenham Hotspur on Sunday, August 15. According to The Sun, “Grealish’s Raya profile is linked to his Instagram account, with 3.7million followers” and his bio reads “Visiting London...from Birmingham.”

The exclusive dating app is famously hard to be accepted onto, and has reportedly played host to high-profile users including Paul Mescal, Kiernan Shipka, and Channing Tatum. And, with news that Grealish has signed up, Raya should expect an influx of new applications very soon. Especially if Twitter’s reaction is anything to go by...

I’m Going To Have Heart Attack

Too Good To Be True?

Dear Raya, Let Us In

More like this
Twitter Is In A Tizzy Over David Beckham Queuing To See The Queen
By Shahed Ezaydi
Twitter Is Praising George & Charlotte's Attendance Of The Queen's Funeral
By El Hunt
Twitter Is Unravelling Over Wolverine’s Return For 'Deadpool 3'
By Darshita Goyal
The Prince William & Rose Hanbury Rumours, Explained
By Frances Stewart and Sam Ramsden
Get The Very Best Of Bustle/UK