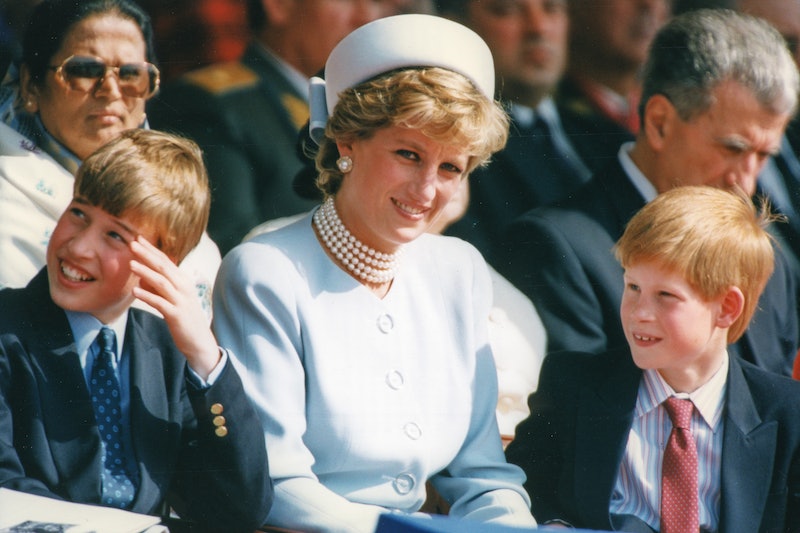 Even before he left his senior working position of the royal family, Prince Harry broke royal norms by openly speaking out about his mental health, as part of his advocacy for the importance of everyone’s mental health. Naturally, since leaving his post, Harry has taken his work up a notch, teaming up with Oprah Winfrey for the Apple TV+ docuseries The Me You Can’t See, in which he’s opening up more than ever about his devastating struggles within the royal family.

In the new series, the Duke of Sussex said he never truly processed the death of his mother Princess Diana as a child, leading to what he describes as a “nightmare time” in his life between the ages of 28 and 32, filled with panic attacks and severe anxiety. “I was just all over the place mentally,” he said. “I was willing to drink, I was willing to take drugs, I was willing to try and do the things that made me feel less like I was feeling.” He later opened up about his wife Meghan Markle’s own struggles in the royal family, which lead to their royal exit.

However, the work that Harry has done after leaving the Royal Family and addressing his mental health struggles has lead him to a place of optimism, compassion, and wanting to help others even more, as evidenced by Harry’s most poignant quotes from The Me You Can’t See.

1. “My mother was chased to her death while she was in a relationship with someone who wasn’t white, and now look what’s happened.”

Prince Harry drew parallels between the struggles of his mother, Princess Diana, that led to her death, and the struggles of his wife Meghan, who opened up about having suicidal thoughts while serving in the royal family, in part due to racist headlines about her in British tabloids. In an effort to not let Meghan suffer the same fate as his mom, they left the royal family.

2. “Before I even left the house I was pouring with sweat. I was in fight or flight mode.”

Harry remarked both in the series and in his bombshell March interview with Oprah Winfrey that he felt “trapped” within the royal family system, which was only heightened at the peak of his “nightmare” period. Harry recalled having to put on his “game face” and smile for the public during royal appearances, something he now only does on his terms.

3. “Just because you suffered doesn’t mean that your kids have to suffer.”

In the series, Harry recalled how his father Prince Charles would often tell him and his brother William, “Well it was like that for me so it’s going to be like that for you.” In light of his childhood, Harry is now making a concerted effort to shield his son Archie and his soon-to-be born daughter from his pain and shower them with love. “If you suffered, do everything you can to make sure that whatever negative experiences you had, that you can make it right for your kids,” he said.

4. “It’s incredibly triggering to potentially lose another woman in my life.”

5. “I like to think that we were able to speak truths in the most compassionate way possible, therefore leaving an opening for reconciliation and healing.”

Despite the hurt caused by their time in the royal family, Harry expressed hope in the docuseries that he could mend fences with many of his relatives, despite the bombshells he and Meghan revealed in the Oprah interview.

6. “I have no doubt my mum would be incredibly proud of me, living the life she wanted for herself.”

7. “I’ve got a hell of a lot of my mum in me. The only way to free yourself and break out is to tell the truth.”