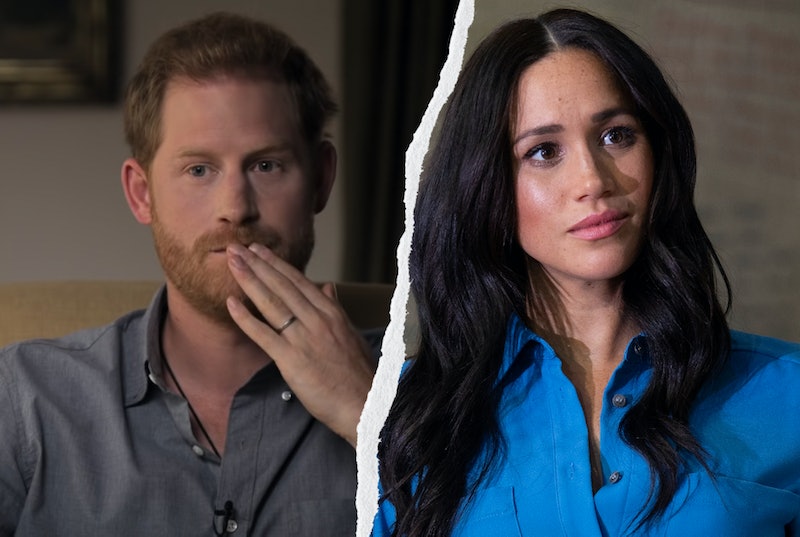 If Prince Harry is doing an interview, there’s bound to be something major that comes out of it that makes headlines and ignites Twitter commentary. In the newly-released Apple TV+ docuseries The Me You Can’t See, the former royal revealed that things between his wife Meghan Markle, his famous family, and himself once got so bad, Markle almost took her own life — and that still wasn’t seen as a good enough reason for things to change within the royal family.

In the documentary episode released on May 21, Prince Harry sat down with Oprah Winfrey to talk about everything from losing his mother, the beloved Princess Diana, at a very young age to his abuse of drugs and alcohol to the mental health struggles that his wife has powered through. He also tore into the royal family once more, opening up about how he asked to leave his position, but they weren’t having it: “That feeling of being trapped within the family, there was no option to leave. Eventually when I made that decision for my family, I was still told, ‘You can't do this.’ And it's like, ‘Well how bad does it have to get until I am allowed to do this?’” Prince Harry exclaimed. “She was going to end her life. It shouldn’t have to get to that.”

This isn’t the first time Prince Harry and Markle opened up to Oprah about suicidal thoughts. “I just didn’t want to be alive anymore,” Markle told the talk show host in March. The actress also shared that she approached both a senior member of the family, which she calls “The Institution” and human resources about how she was feeling, but she was told that getting help “wouldn’t be good” for the crown.”

In the new Apple+ interview, Prince Harry connected what’s happening with his wife to the awful situation his mother was in before she made history by divorcing his dad. “It’s incredibly triggering to potentially lose another woman in my life,” the Duke of Sussex revealed. “The list is growing, and it all comes back to the same people, the same business model, the same industry.”

Prince Harry and Markle’s relationship has had to stand up to so much in such a short time, with suicidal thoughts being just one intense issue for the pair. During the sit-down, Harry also share that his biggest regret was “not making more of a stance earlier on in my relationship with my wife and calling out the racism when I did.” Hundreds who read the headlines and tuned in once the show aired were quick to show their support for the public figures on Twitter.

The Me You Can't See is a new docuseries co-created and executive produced by the powerful pairing of Prince Harry and Oprah Winfrey, so it’s no shocker it’s already one of the most-talked-about programs of the year. The show sees the two global figures “join forces to guide honest discussions about mental health,” according to Apple TV+. Also featured in the series are Lady Gaga (who revealed she was raped at 19 and became pregnant) and Glenn Close (who divulged she was in a religious “cult”). The other featured stars detailed their own past experiences and how they’ve maintained good mental health throughout their lives.

More like this
Prince Harry Incorrectly Recites Christina Aguilera’s “Genie In A Bottle” Lyrics
By Jake Viswanath
Here’s Why Tyler Perry Helped Prince Harry & Meghan Markle When They Moved
By Marina Watts
Helena Bonham Carter Doesn't Think 'The Crown' “Should Carry On"
By Sam Ramsden
'The Crown' Season 6 Has Suspended Filming "Out Of Respect" For The Queen's Death
By Bustle Staff
Get Even More From Bustle — Sign Up For The Newsletter
From hair trends to relationship advice, our daily newsletter has everything you need to sound like a person who’s on TikTok, even if you aren’t.