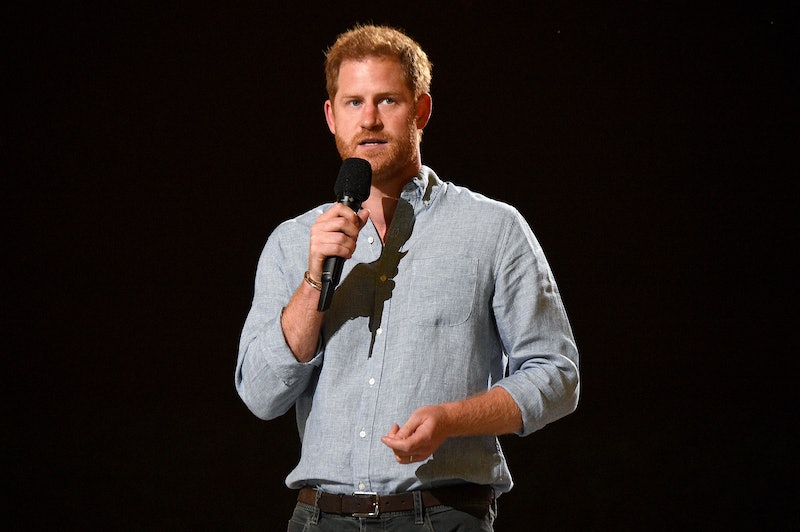 For a special broadcast on CBS in March, Prince Harry and Meghan Markle sat down with Oprah Winfrey for a world-stopping interview about the decision to step down from their royal roles, the toll that royal duties and tabloid stories took on their mental health, and racism experienced by Markle and their son, Archie, during their time in the palace. On May 21, Apple TV+ released Season 1 of The Me You Can’t See, a five-part docuseries hosted and executive produced by Prince Harry and Winfrey that features candid discussions of mental health with celebrities like Lady Gaga, Glenn Close, and chef Rashad Armstead as well as medical experts. Sitting down for their second in-depth televised discussion, Harry revealed to Winfrey what he considers his “biggest regret” about his relationship with Markle.

In the interview, Harry spoke to his longtime battle with mental health, the immense impact of the death of his mother Diana, Princess of Wales, and feeling hopeless as a child watching her get relentlessly chased by paparazzi. He also discussed his worries about “history repeating itself,” noting that criticism over his mother’s interracial relationship with Dodi Al Fayed mirrors the way his marriage to Markle has been received by the masses. He recalled a troubling 2019 day when the couple attended a concert at Royal Albert Hall and Markle revealed she had been experiencing suicidal thoughts, even sharing with him “the practicalities of how she was going to end her life.”

“The scariest thing for her was her clarity of thought. She hasn’t lost it, she wasn’t crazy, she wasn’t self-medicating, be it through pills or through alcohol, she was absolutely sober,” he told Winfrey in The Me You Can’t See. “She was completely sane, yet in the quiet of night, these thoughts woke her up.”

Knowing what he knows now, Harry expressed regret toward not speaking out sooner against the racism she experienced: “Do I have any regrets? Yeah, my biggest regret is not making more of a stance earlier on in my relationship with my wife and calling out the racism when I did.”

Alleging that his mother was “chased to her death while she was in a relationship with someone that wasn’t white,” he went into more detail about his worries for Meghan. “You wanna talk about history repeating itself,” he continued. “They’re not gonna stop until she dies.”

He told Winfrey that going forward, he and Markle will focus on their mental wellbeing before anything else. “We chose to put our mental health first,” he said. “That’s what we’re doing, and that’s what we will continue to do.”

More like this
A Royal Lie: Harry Reveals The Truth About Princess Diana’s Ring
By Marina Watts
Prince Harry Incorrectly Recites Christina Aguilera’s “Genie In A Bottle” Lyrics
By Jake Viswanath
I Read Prince Harry's 'Spare' So You Don’t Have To: 11 Highlights To Know
By Marina Watts
'The Crown' Season 6 Has Suspended Filming "Out Of Respect" For The Queen's Death
By Bustle Staff
Get Even More From Bustle — Sign Up For The Newsletter
From hair trends to relationship advice, our daily newsletter has everything you need to sound like a person who’s on TikTok, even if you aren’t.