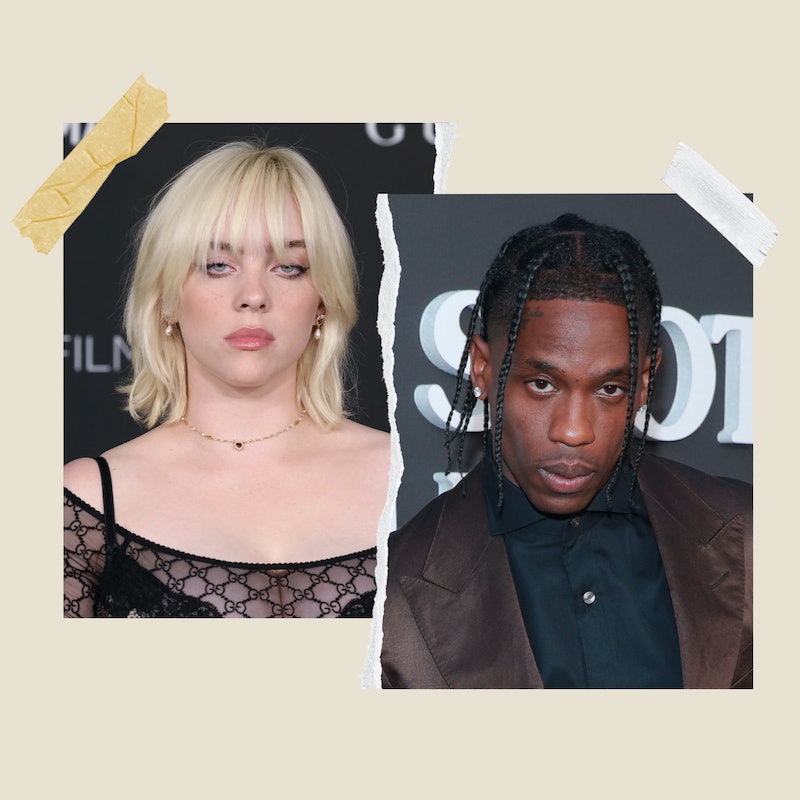 Billie Eilish kicked off her Happier Than Ever tour less than a week ago and she’s already making it clear that safety is her top priority. While performing in Atlanta, Georgia, on Saturday, Feb. 5, the “Therefore I Am” singer reportedly paused the show to help a fan who was getting crushed in the crowd. According to TMZ, when the 20-year-old pop star noticed the person was struggling to breathe, she stopped everything, requested help from the stage crew, and offered them an inhaler.

Once the fan got help, Eilish took aim at rapper Travis Scott, who came under fire in November for continuing to perform through a deadly crowd surge at the Astroworld Festival. After the event, which took place at Houston’s NRG Park, it was reported that ten attendees were killed and hundreds more were injured. “I wait for people to be OK before I keep going,” Eilish told the crowd on Saturday. Her shady comment toward the musician, who just welcomed his second child with Kylie Jenner, was met with loud cheers from the audience.

Although many people took aim at the 30-year-old “SICKO MODE” artist for performing for several minutes after the festival was declared a mass casualty event, Scott insisted that he didn’t know people were in danger. “It wasn’t really until minutes until the press conference that I figured out what happened,” he said in a Dec. 9 interview with Charlamagne tha God. “Even after the show, you’re just kind of hearing things, but I didn’t know the exact details.”

Elsewhere in the interview, Scott insisted that he would have stopped the show if he heard people screaming, but he didn’t. “Anytime you can hear something like that, you want to stop the show, you want to make sure fans get the proper attention they need,” he said. “And anytime I could see anything like that, I did. I stopped a couple of times to just make sure everybody was OK. And I really just go off the fans’ energy as a collective, you know? Call and response. And I just didn’t hear that. I got music, I got my in-ears, but I just didn’t hear that.”

Scott has denied all legal liability for the incident in 140 lawsuits filed against him and Live Nation. He also offered to pay the funeral costs of the victims, but some of the families have declined his offer. His main priority now, per his conversation with Charlamagne, is concert safety. “I have a responsibility to figure out what happened here,” he said. “I have a responsibility to figure out the solution.” He suggested more advanced technology that could give artists additional intel while onstage.

While this sort of technology may take some time to develop, the rapper’s short-term solution was to cancel all of his upcoming concerts and appearances. He canceled his Nov. 13 performance at the Day N Vegas Festival in Las Vegas and currently has no upcoming shows scheduled. According to TMZ, Scott was supposed to perform at Coachella but has since been replaced with Eilish. As of now, an official announcement has not been made.

More like this
Katy Perry Regrets Not Working With Billie Eilish On “Ocean Eyes”
By Alyssa Lapid
Ashton Kutcher Wants Danny Masterson “To Be Found Innocent” In Rape Retrial
By Jake Viswanath
'Wednesday' Star Emma Myers Thinks A Wenclair Storyline Is “Possible” In Season 2
By Alyssa Lapid
Austin Butler Recalls Lisa Marie Presley Showing Him Elvis’ Bedroom
By Jake Viswanath
Get Even More From Bustle — Sign Up For The Newsletter
From hair trends to relationship advice, our daily newsletter has everything you need to sound like a person who’s on TikTok, even if you aren’t.