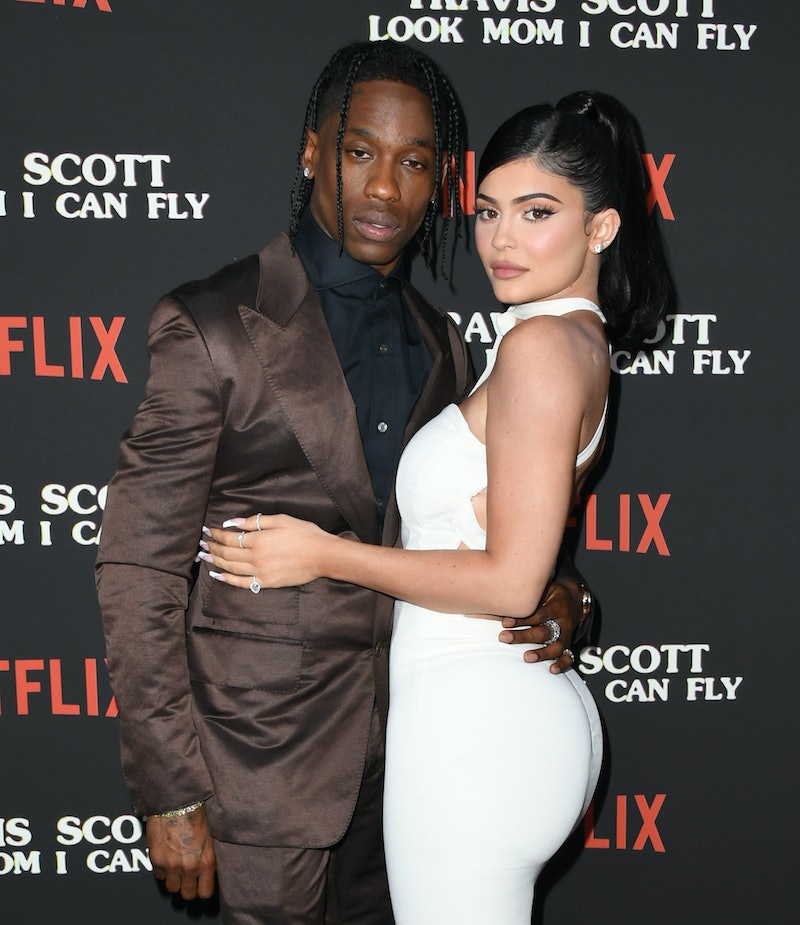 If we had to guess Kylie Jenner and Travis Scott’s lucky number, two feels like a pretty safe bet. On Sunday, Feb. 6, the 24-year-old reality star revealed that she and the rapper welcomed their second child on possibly the trendiest day of the whole year. “2/2/22,” Jenner wrote alongside a black-and-white photo of Stormi holding the newborn’s hand. The Kylie Cosmetics founder also included a blue heart emoji in the caption, subtly hinting that they had a boy. One of Jenner’s reps later confirmed the baby’s sex to People.

Apart from his sex and birthday, no other information about the baby, including his name, is currently known. What we do know is that the couple’s family and friends couldn’t be more thrilled about their new addition, including Kris Jenner. “Angel pie,” Jenner wrote, referring to her 11th grandchild. Kim and Khloé Kardashian celebrated the arrival of their nephew by dropping several blue heart emojis in the comments, and Kourtney made a reference to the makeup mogul’s growing family. “Mommy of two life ❤️🙏🏼🙏🏼,” she wrote.

Travis, for his part, hasn’t yet posted about his newborn son on his own social media. However, he did drop one blue heart emoji and several brown heart emojis in the comments of Kylie’s post. Many of Jenner’s famous friends also sent congratulatory messages, including Hailey Bieber, Stassie Karanikolaou, and Malika and Khadijah Haqq. However, unlike the birth of Stormi in February 2018, the arrival of baby No. 2 wasn’t much of a surprise.

Jenner first revealed that she and Scott were expecting their second child in September with a video that gave her millions of followers a glimpse at her positive pregnancy test, her ultrasound appointments, and her growing baby bump. The video also included the moment she shared the announcement with her mom and her boyfriend. “Stormi, we’re going to have a baby,” Kris said in the video when Stormi presented her with photos from Kylie’s ultrasound.

This was a very different approach than one Kylie took four years ago, when she announced Stormi’s birth after keeping her pregnancy completely private for nine months. “I’m sorry for keeping you in the dark through all the assumptions,” the KUWTK star wrote on Twitter at the time, revealing that her pregnancy was one she “chose not to do in front of the world.” Elsewhere in the caption, she gave fans some insight into what her first pregnancy was like.

“Pregnancy has been the most beautiful, empowering, and life-changing experience I’ve had in my entire life and I’m actually going to miss it,” she wrote. “My beautiful and healthy baby girl arrived February 1st and I just couldn’t wait to share this blessing. I’ve never felt love and happiness like this I could burst! Thank you for understanding.” Four years and one day later, they are now a family of four.