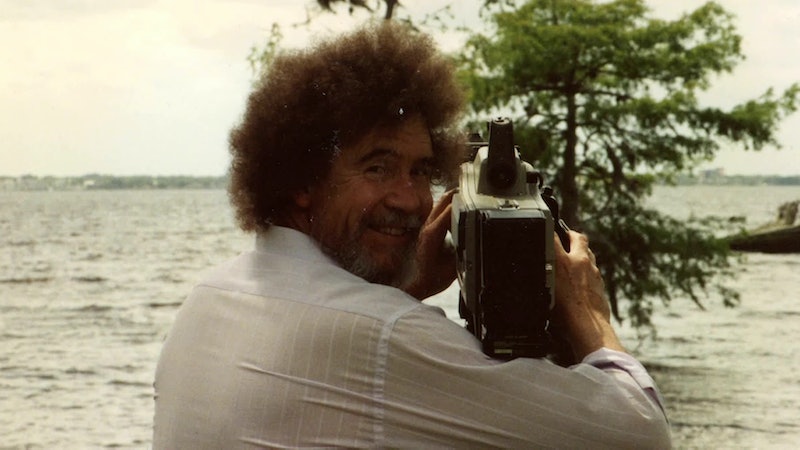 Bob Ross: Happy Accidents, Betrayal & Greed paints a troublesome picture. Fans of The Joy of Painting star were upset by the newly released Netflix documentary, which delves into the controversy over the ownership of Ross’ estate. While the Josh Rofé-directed film reveals other gossip about its subject (including that Ross’ trademark hair was permed), the documentary centers on the painter’s relationship with Bob Ross Inc. and its leaders, Walt and Annette Kowalski. Through a series of interviews with Ross’ friends and family, it alleges that the Kowalskis continue to exploit the late painter’s legacy for their own profit.

“[Ross] was just not into it for the money,” artist John Thamm says in the documentary. “But the Kowalskis certainly were.”

Annette Kowalski was first introduced to Ross in 1982, when she attended one of his painting classes. She was immediately taken with him, and suggested Ross establish his own enterprise. Annette and her husband Walt offered themselves as investors in this endeavor, and even invited the Ross family to move in with them to help get the business off the ground. Bolstered by the success of Ross’ PBS series The Joy of Painting, Bob Ross Inc. would eventually manufacture and distribute paint supplies and other Bob Ross-branded merchandise, in addition to running a certification program for those who wished to teach Ross’ style of painting.

Steve Ross, Bob’s son, alleges the Kowalskis plotted to exclude Ross’ family from Bob Ross Inc. following his death — and succeeded, despite the painter’s wishes to the contrary. In Steve’s telling, the Kowalskis and Ross had heated arguments about the future of the company and Ross’ estate while the painter was battling lymphoma. “You could hear him screaming, ‘I’m not giving you my name,’” Steve says in the documentary. “They literally wanted to steal Dad’s name, and did.”

Once the painter passed away in 1995, the Kowalskis sued the other beneficiaries of Ross’ estate — Ross’ third wife Lynda and Steve’s half-brother Jimmie Cox, who also controlled Steve’s share at the time — to gain full authority over the estate. Instead of fighting back, Jimmie handed over all rights to the Kowalskis. Steve attempted to counter-sue, but ultimately failed; he alleges he hasn’t received any monetary compensation from the Kowalskis or Bob Ross Inc. in the 26 years since his father’s death.

While the Kowalskis declined to be interviewed for the film, they’ve since released an official statement that calls Rofé’s film an “inaccurate and heavily slanted portrayal of our company.” It reads, “Had the filmmakers communicated with openness in their correspondence, Bob Ross Inc. could have provided valuable information and context in an attempt to achieve a more balanced and informed film. However, as the director and producers carried on with the production without the perspective of Bob Ross Inc., the final narrative lacks considerable nuance and accuracy and carries a clear bias in favor of those who were interviewed.”

In a recent interview with NPR, Bob Ross: Happy Accidents, Betrayal & Greed producers Melissa McCarthy and Ben Falcone said they “never intended to set out and create a hit piece” and “were surprised to uncover some of the things we uncovered.” According to the filmmakers, many people close to Ross declined to participate in the documentary in fear of retaliation from the Kowalskis. “Everyone's afraid of getting sued,” Falcon said.

Since the film began streaming last week, fans on Twitter have expressed their anger. Using the hashtag #BoycottBRI, many have called for a boycott of Bob Ross Inc. and are begging others not to purchase official merchandise. A Change.org petition titled “Boycott Bob Ross Inc. Help Steve To Get Profits From Sales” was created days ago in support of the Ross family, as has a GoFundMe page dedicated to raising legal fees for Steve. Below are some Twitter reactions from fans surrounding the controversy.

More like this
Here’s Everything Coming To & Leaving Netflix In October
By Jake Viswanath
What’s New On Netflix: Ana De Armas’ 'Blonde' & A Nick Kroll Special
By Arya Roshanian
What’s New On Netflix: Meet 'The Real Bling Ring'
By Arya Roshanian
UK Viewers Will Have To Wait For The Terrifying 'Hellraiser' Reboot
By El Hunt
Get Even More From Bustle — Sign Up For The Newsletter