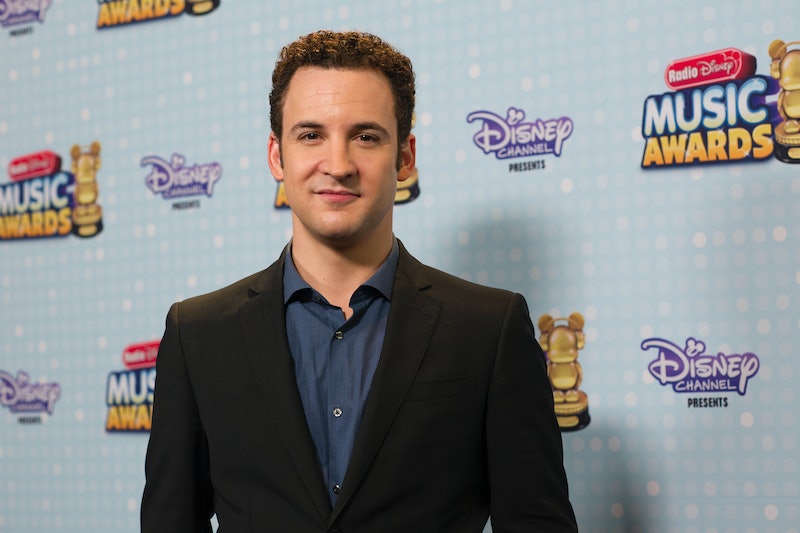 U.S. Representative Cory Matthews has a nice ring to it. Boy Meets World star Ben Savage is reportedly running for Congress, vying for a seat in the U.S. House of Representatives. While Savage has yet to officially confirm his campaign, Deadline reported on Jan. 19 that he filed paperwork with the Federal Election Commission declaring his intent to run for the seat representing California’s 30th District. The position is currently occupied by Rep. Adam Schiff, who is reportedly planning to run for Senate, though Schiff has also yet to confirm his plans.

Savage’s rep told ABC that he was considering a House of Representatives run, but was currently staying “focused on his upcoming wedding.” “Ben is still making decisions and always looking for opportunities to give back and serve the community,” they said in a statement. Bustle has reached out to his rep for comment but did not receive an immediate response.

Previously, Savage ran for a spot on the West Hollywood City Council as part of the 2022 midterm elections. Sadly, his bid was unsuccessful, with Lauren Meister, Chelsea Byers, and John Heilman securing seats as the top three vote-getters. “I am running for City Council because there are serious challenges ahead and West Hollywood deserves sensible, honest and strong leadership to face them,” he wrote on his campaign website. “I’m a longtime resident, union member and concerned citizen who believes West Hollywood deserves leaders who will deliver results.”

While Savage is primarily known for his acting work, primarily on the ’90s classic Boy Meets World and its 2014 Disney Channel spin-off Girl Meets World, breaking into the political arena has actually been one of his long-term goals. Savage, who is registered and presumably running as a Democrat, earned a degree in political science from Stanford University in 2003 and interned for the late Rep. Arlen Specter as part of his studies.

If Cory Matthews successfully gets elected to Congress, Topanga won’t be his First Lady. On Jan. 11, Savage announced that he was engaged to Tessa Angermeier after over four years of dating, sharing an Instagram photo of them posing near a pond in Owensville, Indiana, with her new ring on display. “The best is yet to come,” he captioned the post. Savage’s rep confirmed his engagement to PEOPLE, stating that “they are both very grateful and enjoying this exciting time with their families and friends.”

Angermeier was by Savage’s side during his bid to get elected onto the West Hollywood City Council, so it’s safe to say that she would be just as supportive of his Washington, D.C. ambitions.

More like this
'Friends' Star Maggie Wheeler Offers Support To Matthew Perry After Reading His Memoir
By Alyssa Lapid
Mel B Thinks These Celebs Should Play Them In A Spice Girls Movie
By Alyssa Lapid
Ashton Kutcher Wants Danny Masterson “To Be Found Innocent” In Rape Retrial
By Jake Viswanath
At 28, Debra Jo Rupp Was Living A Much Different '70s Show
By Grace Wehniainen
Get Even More From Bustle — Sign Up For The Newsletter
From hair trends to relationship advice, our daily newsletter has everything you need to sound like a person who’s on TikTok, even if you aren’t.