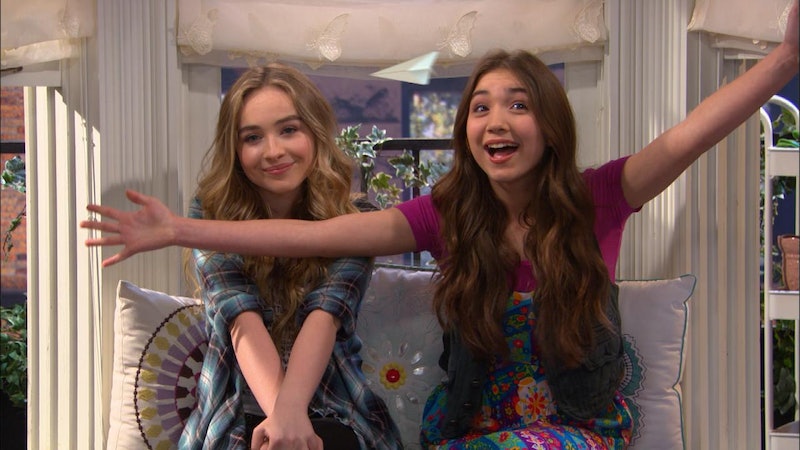 After three seasons of watching Riley Matthews and Maya Hart take on the world together, Disney canceled Girl Meets World earlier this week, leaving fans heartbroken. In a sea of spin-offs and reboots, Girl Meets World was the rare continuation of a beloved franchise that not only worked, but stood on its own as a quality series with something new to say. Just as Boy Meets World spoke to the kids and teens who grew up watching in the '90s, Girl Meets World captured the hearts of the bright, socially aware generation who have grown up in the age of social media.

Girl Meets World fans are a passionate group who found kindred spirits in Riley, Maya, Farkle, Lucas, and Zay. For older fans like myself, nostalgia was the series' initial draw, but I ultimately stayed because of Riley and Maya, not just because I wanted to see more Topanga, Cory, and Shawn. Over the course of three seasons, the show became an enthralling look at what it is like to be a young woman in America today — the struggle to define yourself, navigating the online world and its cyber bullies, and forging friendships to sustain you throughout those turbulent high school years.

Riley is growing up in a world far different than the one I, or her father and mother, came of age in, and the show reflected those changes. Girl Meets World took note of how passionate its young viewers are about social justice. In between the expected messages about respecting your parents and the heartbreak of having your first crush were episodes devoted to Asperger's Syndrome, cultural appropriation, and how teens can make a difference in the political arena long before they reach the voting age.

Where Girl Meets World excelled the most, though, was in its depiction of Riley and Maya's friendship. The series was unabashedly feminist. Sometimes its feminism was overt, as it was in the episode devoted to girls and STEM subjects, but mostly feminism was just an expected part of the show's life blood. That in and of itself is revolutionary for a show aimed at tweens. Riley and Maya and their bay window formed a world where nothing — not boys, not kidnapped movie stars, or even wildly different personalities — could touch their bond.

An entire season was spent on a love triangle where the aim was never to cause a fracture in the girls' friendship, but to make it stronger. For young fans watching the show, there could be no message more powerful than to respect the bonds with your friends above all else. Romantic relationships come and go, but having a friend who will always stand beside you is an invaluable gift that should never be squandered.

Girl Meets World never struggled to justify its existence. It was far more than an empty exercise in nostalgia; it was a smart show for a generation of incredibly smart young people. It was innocent, but never naive. Girl Meets World depicted a world where two young women were given voices that they used to make their corner of the world a brighter, better place. In that bay window, they painted a picture of female friendship that so many young women could recognize in their own lives, and then they pushed beyond the window to show those same young women that their voices are just as valuable and powerful as Riley and Maya's.

Three seasons doesn't feel like nearly a long enough time for a show this important to be on the air. Few shows aimed at a family audience have ever been so devoted to progressive thinking and positivity — if you need further proof, take note the series was nominated for a Humanitas Prize just a day after its cancellation. But that's not surprising, since Girl Meets World will always be a show rich in its belief in the goodness of humanity, a beautiful reflection of the generation it represents, and all the good in the world they will continue to do long after Riley and Maya say goodbye.

The TV landscape was better for having Girl Meets World be a part of it, and it will a lot dimmer without Riley, Maya, and the beautiful message that you are never too young to start changing the world.