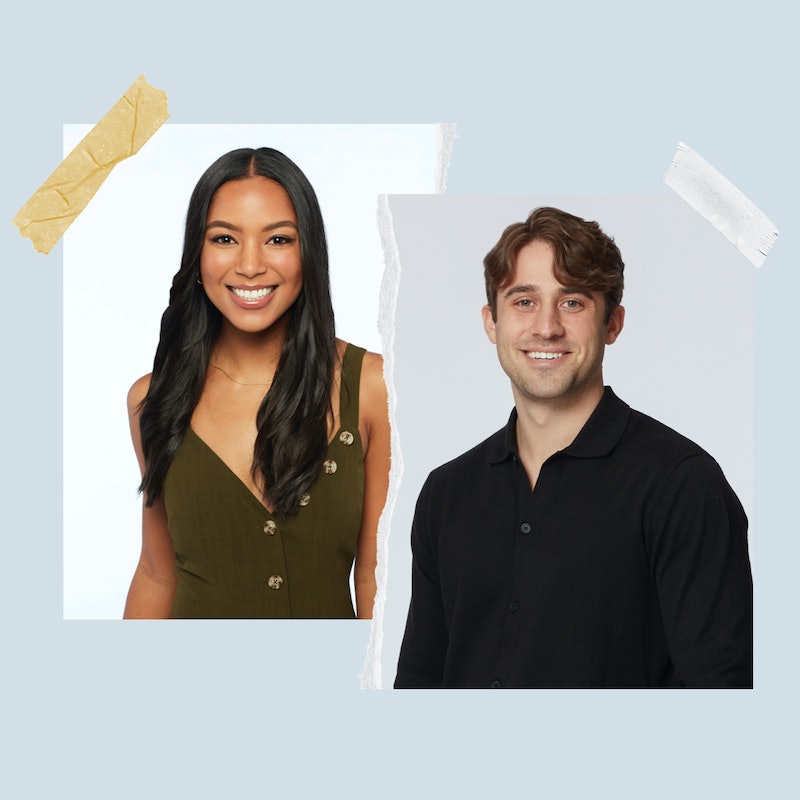 Has Greg Grippo already moved on after his controversial exit from The Bachelorette? For a second, it certainly seemed like it. Over the weekend, photos surfaced of the 28-year-old out and about in New York City with former Bachelor contestant Bri Springs. But once Bri caught wind of the rumors, she instantly shut them down on her Instagram Stories with a quick snap.

Based on the photo she shared, it’s clear that the 24-year-old communications manager is currently in a happy and committed relationship, but not with Greg. And while it’s unclear who her new boyfriend is, what we do know is that Bachelor Nation had a very strong and visceral reaction when fan sites made it seem like Greg was possibly her new man.

The rumors began when the Instagram account @bachelornation.scoop shared a tip they received from a fan. Along with a blurry photo, the fan recalled asking to take a picture with the former contestants, but the duo declined. “I literally asked for a picture and Greg didn’t speak but Bri basically spoke for him and was like ‘he said no we are trying to be discreet,’” they wrote.

In a separate post, @bachelornation.scoop shared a different image of Greg and Bri outside of Noir, a nightclub in the city’s Meatpacking District. “Guess fame hasn’t hit them yet cause they couldn’t get in but I see this happening,” the tip read. Fans quickly took to the comments to share their thoughts on the potential pairing, especially after many fans accused Greg of gaslighting during last week’s episode of The Bachelorette.

“Why is this pissing me off,” one fan wrote upon seeing the photos. “I don’t know what to say,” someone else commented. And although most fans weren’t thrilled to see the two spending time together, others thought they made a great pair. “Now this is a good couple,” one fan wrote. “Bri so deserves Greg’s good heart!”

This one fan’s opinion certainly does not represent all of Bachelor Nation. Last week, the internet was set ablaze when Greg’s declaration of love was met with a lukewarm response from Katie. Some viewers chalked up his behavior to past trauma, but others — Katie included — felt strongly that Greg was intentionally gaslighting and manipulating her.

Amid the backlash, Former contestant Connor B. came to Greg’s defense. “Relationships are nuanced. breakups are nuanced,” he tweeted after Katie and Greg’s dramatic split. “Sometimes there’s not a good guy or a bad guy. sometimes cameras and tweets can’t accurately capture the complexity of real life. Kindness is free, love is complicated.” In a separate, now-deleted tweet, he reportedly added that “no gaslighting” occurred in the episode at all.

Greg was the frontrunner on the show until last week, and even Katie thought they would end up together. But alas, their relationship crashed and burned and now they have to face each other during the After The Final Rose special. The two have a lot to discuss and their conversation will likely get heated. In other words, it’s probably for the best that Greg hasn’t moved on to someone new.