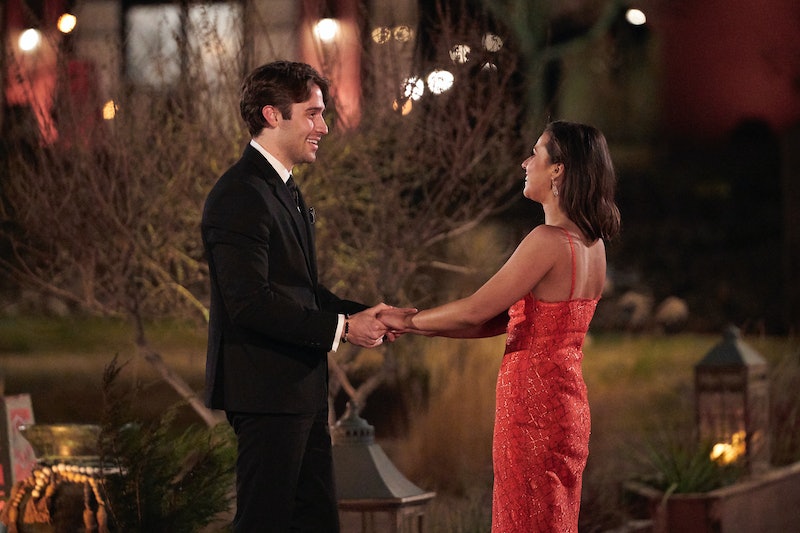 It took little more than a homemade macaroni necklace for Greg Grippo to win over Katie Thurston — and Bachelorette fans at home. After Greg presented her with the necklace — which was made by his niece — she awarded him the first impression rose and later took him on a one-on-one date. “What I loved about Greg is he was just true to himself, which was this very nervous, very uncomfortable guy,” Katie recently told Us Weekly of their early conversations. “He didn’t try and act cool or, like, be this guy that he’s not. He was just like, ‘This is me and I’m really freaking scared.’ And I thought it was really endearing.”

However, Katie has since forged strong connections with other men, like Blake Moynes and Michael Allio. So if Greg isn’t the one to take home her final rose in the end, fans are hoping he’ll step into another role: Bachelor. “Not me already rooting for Greg to be the next bachelor,” one viewer tweeted during the premiere episode.

Greg has also gained some competition as viewers have gotten to know the other contestants better. Although Katie put an abrupt end to Thomas Jacobs’ so-called “Bachelor audition,” both Andrew Spencer. and Michael Allio have been touted by fans as possible contenders for The Bachelor. Add to that several additional possibilities from Clare Crawley and Tayshia Adams’ shared Bachelorette season in 2020, the upcoming season of Bachelor in Paradise, and Michelle Young’s season of The Bachelorette that’s still set to air this fall, and ABC has a long list of options to choose from.

Still, fan input does play a big role in who casting directors select. “The silent producer on the show is the audience so we’ll see on Twitter who people say they want to see,” ABC Entertainment executive Rob Mills told Variety in January. “And then also, we’ll look at people who went home too early and were great and didn’t have enough time to shine. Sometimes the pond is really dry — this season will be the opposite case. The pond is overstocked.”

ABC typically announces the next Bachelor sometime in early to mid-September, so stay tuned until then.