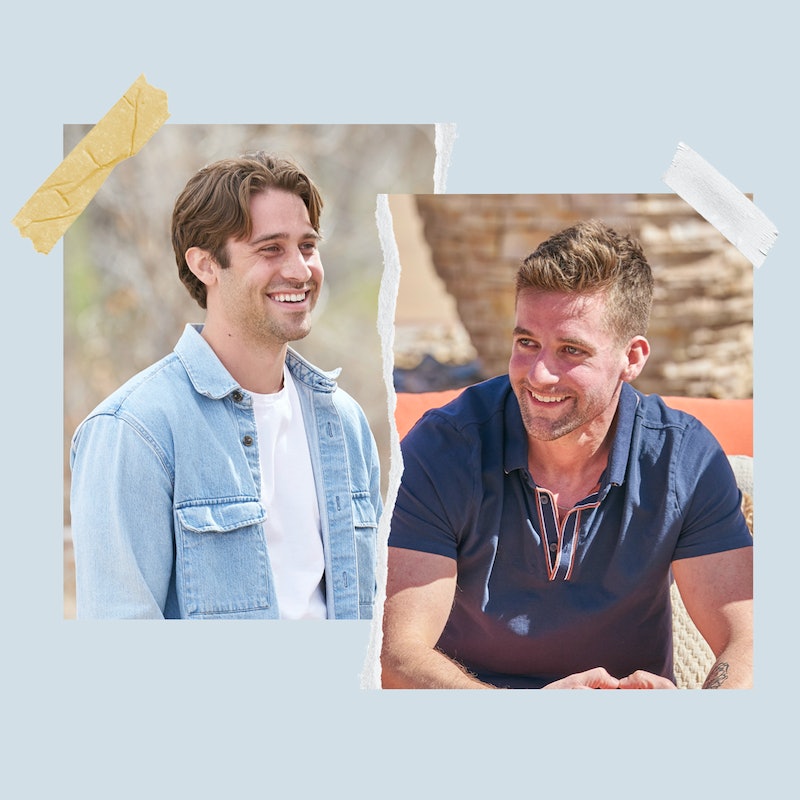 This week’s episode of The Bachelorette left Katie and Greg shippers with mixed feelings. Greg’s declaration of love during his hometown date was met with a lukewarm response from Katie, prompting a very controversial reaction from the 28-year-old marketing manager that some viewers chalked up to past trauma. Other fans, however, feel strongly that Greg’s behavior was an example of gaslighting and emotional manipulation, but former contestant Connor B. has come to his friend’s defense.

“Relationships are nuanced. breakups are nuanced,” Connor tweeted after Katie and Greg’s dramatic split aired on TV. “Sometimes there’s not a good guy or a bad guy. sometimes cameras and tweets can’t accurately capture the complexity of real life. Kindness is free, love is complicated.” Inevitably, some fans of the show weren’t pleased with the math teacher’s response, and when one person asked if he was OK with Greg gaslighting Katie, he linked out to a very poignant tweet shared by another one of this season’s former contestants, Tre:

According to Cosmopolitan, Connor’s Twitter activity didn’t end there. Per the outlet, the 29-year-old slammed the gaslighting allegations in a now-deleted tweet. “There was no gaslighting in this episode,” he reportedly wrote. “There was a fight between two people that you saw maybe 20 percent of.” Katie, who chased after Greg and begged for forgiveness on her knees, made her opinion very clear when she reposted a graphic from the popular Instagram account @soyouwanttotalkabout, which was all about — drumroll, please — gaslighting.

Prior to resharing that post, Katie logged off Twitter before her date with Greg aired, subtly hinting that it was going to be a very turbulent ride. Of course, she was right, and fans flooded social media as they watched the former couple’s shocking breakup play out on national TV. “Greg sweetie….you’re on the BACHELORETTE…..what did you expect??” one fan tweeted when he appeared frustrated that Katie hadn’t made up her mind yet. “Wow Greg shutting down like that is a massive red flag,” someone else wrote.

Until this week, Greg was a fan-favorite in Bachelor Nation, and even Katie said that she thought they would end up together. But as with most relationships on the hit reality series, this one crashed and burned, and the former flames will now have to face each other on this season’s After The Final Rose special on Aug. 9. Will Greg apologize to Katie amid the gaslighting backlash? Will other contestants come to his defense? Will Katie give him a piece of her mind? These are all questions that we will hopefully have answers to next week.