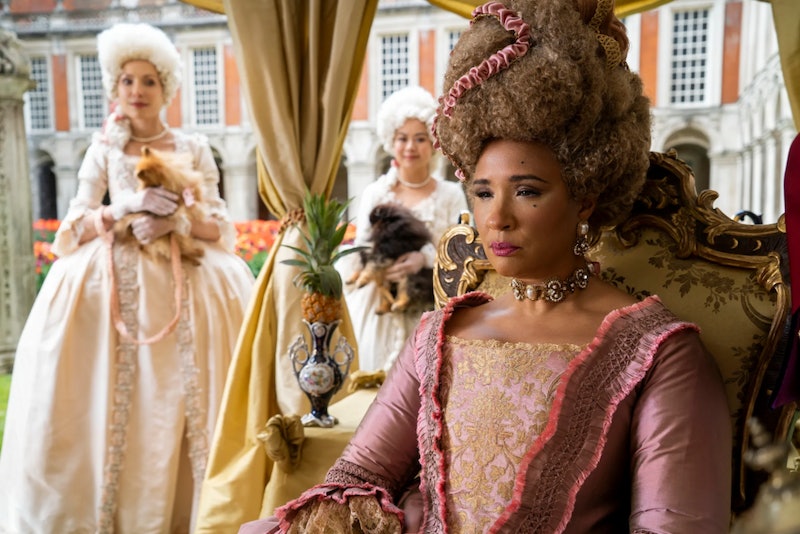 It seems like it was only yesterday that we were eagerly awaiting the second season of Bridgerton to hit our screens, but now we have a new Bridgerton prequel to get excited about. The hotly-anticipated series, written and produced by Shonda Rhimes, focuses on Queen Charlotte: her private life and younger years. First look images of the production show a solemn affair, as a large funeral procession takes place.

Images obtained by the Daily Mail show the cast and crew gathered for what looks like a funeral scene, with Queen Charlotte (Golda Rosheuvel) leading the way in the back of a black horse-drawn carriage. Sporting a grey wig and dark navy robes, the royal appears to be grieving.

The Queen’s procession included her right-hand man, Brimsley, played by Hugh Sachs, alongside religious figures, guards, and her ladies in waiting, who were also wearing dark cloaks and wigs that were piled high.

From the images, central cast members for this scene were limited, with no sight of Adjoa Andoh or Ruth Gemmell, the actors playing Lady Danbury and Violet Bridgerton, though it has been confirmed they will be reprising their roles for the prequel.

India Amarteifio will be portraying a young Queen Charlotte, with scenes switching between the past and present.

With filming in its early stages, a release date for the eight-part prequel is yet to be unveiled.