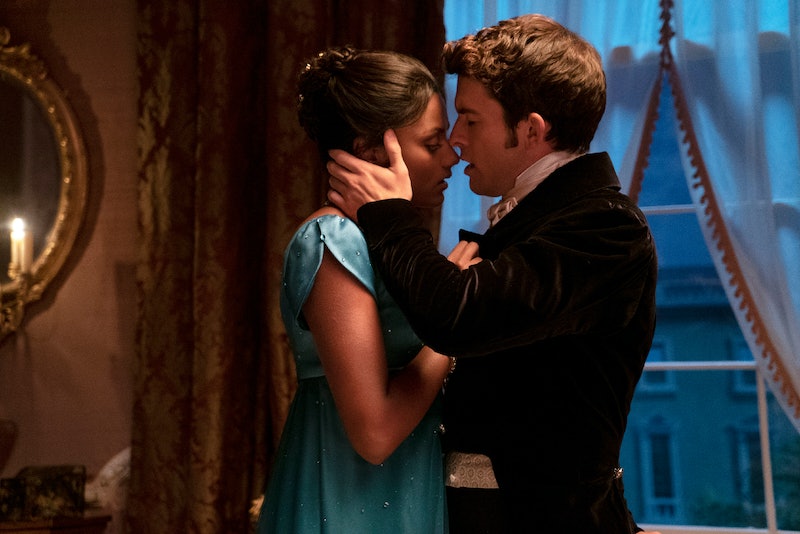 At this point, it’s beyond clear that Bridgerton fans burn for the Regency romance series. Nielsen data proves it: Season 2 set new Netflix records after ensnaring viewers for 627.11 million hours in its first 28 days. And yet, that doesn’t mean that the show’s stars and writers can predict which moments will blow up online. As Bridgerton creator and showrunner Chris Van Dusen recently told Teen Vogue, “you never know” exactly what fans will respond to.

Showing how unpredictable it can be, Van Dusen referenced two of the series’ most viral moments to date: when Simon (Regé-Jean Page) licked his ice cream spoon (*fans self*) and when Anthony (Jonathan Bailey) passionately declared to Kate (Simone Ashley) that she’s the bane of his existence and the object of all his desires. He and the writers didn’t know a flood of memes would follow — but they apparently hadn’t tried to guess. “In the [writers’] room, we never try to foresee what’s going to be ‘the moment,’” Van Dusen told the magazine.

When those moments do ultimately reveal themselves, though, he loves to see all the memes. “This season, I love this line, ‘you are the bane of my existence — and the object of all my desires,’” the showrunner said. “Seeing all those memes with those words, with that line, especially, is incredible.”

Though the writers might have given up on guessing which lines and scenes will hit, it seems not everyone has. Bailey revealed to Entertainment Weekly in March that he’d had some (incorrect) ideas ahead of the Season 2 premiere. “We thought that ‘You vex me’ would become a thing, actually,” he said. “Sometimes you hear a catchphrase. I thought it would be ‘Newton!’”

Those are fun ones, too, but the “bane of my existence” quote’s popularity is on another level. Its impact comes from the buildup of Anthony’s relationship with Kate — all of those tense exchanges that gave way to the lingering looks and heavy breathing. The line is the perfect encapsulation of their enemies-to-lovers journey, so it’s fitting that it has inspired mugs, posters, shirts, and more — just like Season 1’s “I burn for you” did.

Leading lady Ashley summed up that unique something between the two characters during a Shondaland interview in March. “They both teach each other to surrender to the thought of falling in love,” she said. “They both calm each other down too and can kind of hold the reins in. … I think what makes this one so special is that they truly meet each other’s match.”

Come Season 3, another Bridgerton romance will move into the spotlight in Season 3 and new moments are sure to make fans collectively swoon. Still, Anthony’s best quote won’t be forgotten. Julia Quinn, who wrote almost the exact line in The Viscount Who Loved Me, should be proud.

More like this
Twitter Is Buzzing Over New ‘Doctor Who’ Lead Ncuti Gatwa & His Historic Casting
By Stephanie Topacio Long
The Richest 'Bling Empire' Cast Member Is...
By Hugh McIntyre
'Bridgerton' Star Nicola Coughlan Confirms Season 3 Will Focus On Colin & Penelope
By Grace Wehniainen and Alyssa Lapid
'Bridgerton' Season 4 Will Likely Focus On This Brother's Divided Heart
By Grace Wehniainen and Alyssa Lapid
Get Even More From Bustle — Sign Up For The Newsletter