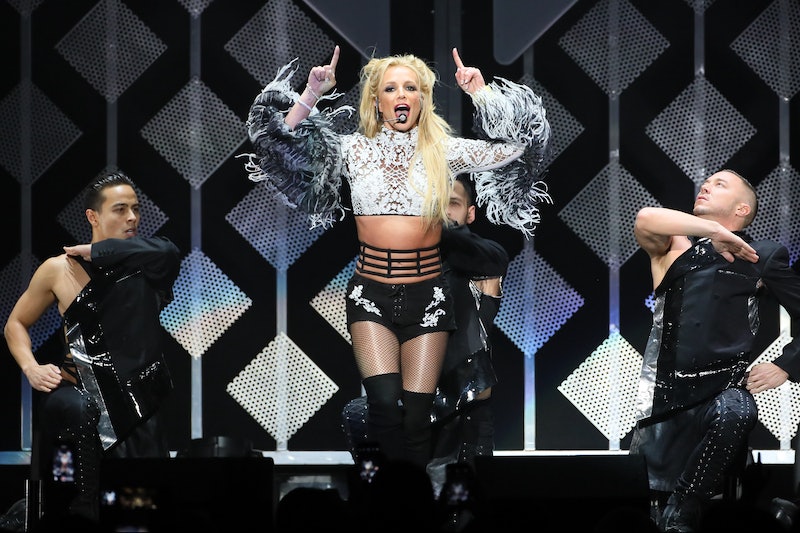 If you thought Britney Spears was done talking about her conservatorship, she’s “not even close.” After several days of blasting her family online, the pop star took to Instagram on July 20 to let fans know that she’s taking everything “one day at a time” and that she has a lot more to say. “So I said ‘life goes on’ in one of my recent posts but it’s always easier said than done !!!!!” she wrote. “In that moment that’s what felt was the easiest to say but I think we all know that I will never be able to let go and fully move on until I’ve said all I needed to say … and I’m not even close !!!!”

Spears went on to explain that although she’s been silenced in the past, she feels like she’s finally breaking new ground. “I was told to stay quiet about things for so long and I finally feel like I’m just getting here,” she continued. Shortly after posting, fans flooded her comments with messages of support. “Freedom is SO close, queen! Keep on going!” Instagram user @britsouvenirs wrote. “So glad you’re finally getting your voice,” someone else commented. Several other fans followed suit by encouraging the “Toxic” singer to speak her truth even if it’s hard.

The pop star certainly spoke her truth on July 16 when she slammed the family and friends who were absent during her 13-year legal battle. “There’s nothing worse than when the people closest to you who never showed up for you post things in regard to your situation whatever it may be and speak righteously for support,” she wrote. “How dare the people you love the most say anything at all … did they even put a hand out to even lift me up at the TIME !!!??? How dare you make it public that NOW you CARE … did you put your hand out when I was drowning ???? Again … NO …”

Without naming names, Spears continued to call out someone who was desperately trying to “save face” following her June 23 court hearing. “Please stop with the righteous approach when you’re so far from righteous it’s not even funny,” she wrote. She could have been talking about her younger sister, Jamie Lynn, who spoke out several times after Britney’s testimony. “I think it’s extremely clear that since the day I was born I’ve only loved and adored and supported my sister,” the former Nickelodeon star said on her Instagram Stories. “I mean, this is my freaking big sister before any of this bullshit ... I’m so proud of her for using her voice.”

The “Oops!...I Did It Again” singer was clearly unfazed by Jamie Lynn’s message. In another post on Instagram from July 16, the pop icon called out the Zoey 101 star directly. “I don’t like that my sister showed up at an awards show and performed MY SONGS to remixes,” Spears wrote, referring to Jamie Lynn’s performance at the 2017 Radio Disney Music Awards. Elsewhere in the caption, Spears said that the conservatorship “killed” her dreams and that she wouldn’t be performing “anytime soon” with her dad controlling so much of her life.

A few days later, the sisters appeared to throw even more shade at each other on social media. “May the peace of the Lord be with you, and your spirit,” Jamie Lynn captioned a photo of herself wearing a red dress. Britney was far less subtle in return, making herself loud and clear in the caption of a video of her dancing to Billie Eilish’s “Bad Guy.” “May the Lord wrap your mean ass up in joy today,” she wrote