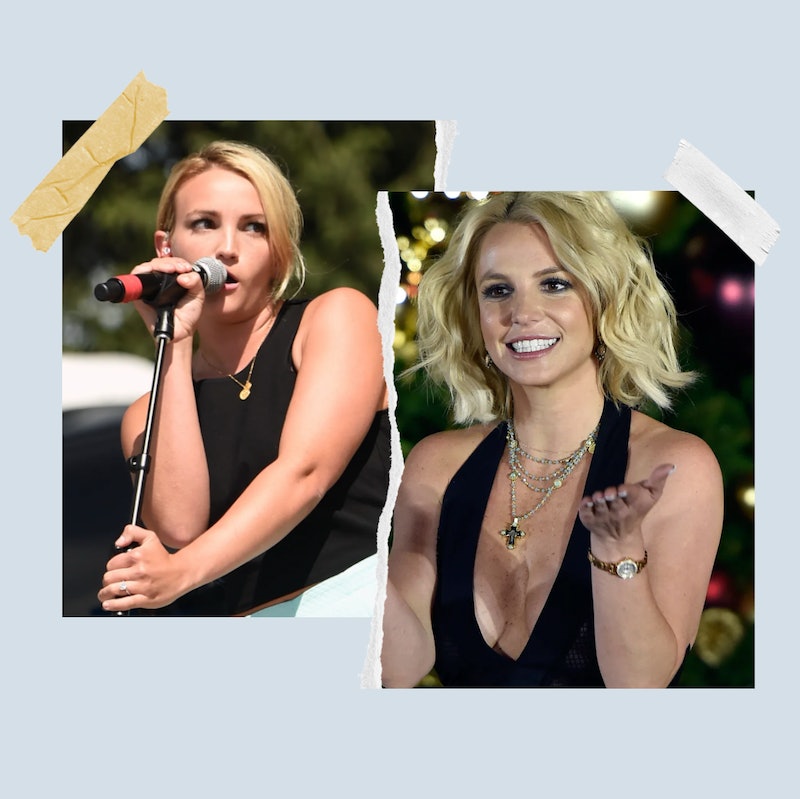 Things between Britney Spears and her younger sister Jamie Lynn don’t appear to be so sisterly lately as the pop star’s conservatorship court battle rages on, and one of the biggest tensions between Britney’s biggest supporters and Jamie Lynn is ongoing financial confusion about a Florida condo. On July 26, Jamie Lynn denied allegations that she owned a condo in Destin, Florida, that was bought using Britney’s money. This comes after Jamie Lynn slammed rumors that she was on her sister’s payroll. But legal documents and quotes from both sisters indicate that there is some sort of family vacation home that was used by Jamie Lynn at various times.

“I don’t own a condo, and I can assure you that no one has ever bought me a place at the beach, because I prefer my beach vacations at the Ritz anyway,” Jamie Lynn wrote in an Instagram caption for photos depicting a recent family vacation with husband Jamie Watson and their children at an unknown Ritz-Carlton resort. She continued by throwing shade at Spears’ fan. “Simple FACTS. Y’all need to stop reachin’. Thankful to get this time with my family in between our busy work and practice schedules with the kids lol.”

This Florida condo has become an epicenter of tension between Jamie Lynn and Britney’s army of supporters after the singer briefly mentioned the vacation home while speaking against her controversial conservatorship in court on July 14. Given how Britney hasn’t been able to fully access her own money under the conservatorship for the past 13 years, any instance of Britney’s family using her money for personal gain isn’t sitting well with fans.

READ NEXT: Is Britney Spears’ Sister “Broke” Like She Says She Is?

And despite Jamie Lynn’s recent statement, she has used a Spears family condo somewhere, as indicated by the timeline of this unusual saga. Let’s go back to 2015 when it all began.

During a Twitter Q&A in February 2015, Jamie Lynn told a fan that her favorite vacation spot was her Florida condo, but did use the pronoun “we,” meaning it’s hard to decipher exactly who owned it. “We have a condo is Destin, Florida and it’s the best getaway!” she wrote.

While promoting her song “Sleepover” in July 2016, Jamie Lynn told CMT that she penned the song at her family’s condo in Destin. She claimed that she often uses it for songwriting retreats. “I host everyone at our condo,” she said. “We’re pretty blessed with a big condo. It can sleep about 10 people. We all have breakfast together, I plan a big dinner, and we have a space at the beach. And when we write, there’s no pressure and no timeline, so the songs just kind of fall out. It’s hard to call that work.”

During her second court testimony on July 14, Britney claimed that her family was staying at her vacation home while she was allegedly held at a mental health facility against her will in early 2019. “What makes me the most mad is my family,” she explained to Judge Brenda Penny in tears, “my family all were hanging out together at a beach house I bought when my dad was trying to investigate me.”

On July 20, The Sun obtained tax documents that show Britney bought a Destin penthouse condo in 2001. The property is listed under Bridgmore Timber LLC, a company that Britney started in 2001, but her father Jamie Spears took it over in 2012 as her conservator. In addition, the condo was listed in conservatorship filings from 2009 as one of Britney’s properties. Currently, it’s assessed at $1 million.

While the documents prove Jamie Lynn’s claim that she doesn’t own a beach condo, nor was she given one by her famous sister, it does prove that Britney bought the Destin condo with her own money before the conservatorship. In light of Spears’ bombshell court hearings, fans are still criticizing Jamie Lynn for using perks that Britney earned from her successful music career without intervening in her sister’s situation and attempting to help her end the conservatorship, which we now know Britney is fighting for.

More like this
Britney Spears Shared The Real Reason She Shut Down Her Instagram Account
By Brad Witter
Jameela Jamil Defends Sam Smith After Trolls Body-Shamed Them
By Jake Viswanath
Twitter Is In Awe Of Taylor Swift’s “Lavender Haze” Music Video
By Jake Viswanath
Harry Styles Just Split His Pants In Jennifer Aniston’s Face
By Sam Ramsden
Get Even More From Bustle — Sign Up For The Newsletter
From hair trends to relationship advice, our daily newsletter has everything you need to sound like a person who’s on TikTok, even if you aren’t.