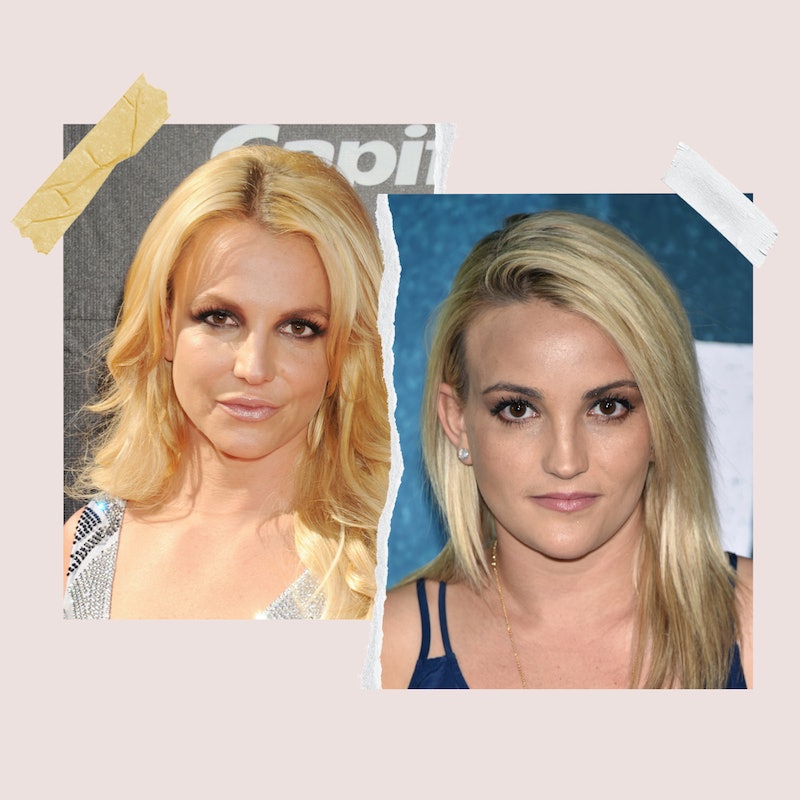 Britney Spears is not playing around. After Jamie Lynn Spears’ recent interviews and a few bitter exchanges on social media, the “Baby One More Time” singer has reportedly sent her younger sister a cease and desist letter. The letter, obtained by E! News, calls out the former Nickelodeon star for exploiting Britney for financial gain with the release of her memoir, Things I Should Have Said, shortly after the pop star was freed from her 13-year-long conservatorship.

“We write with some hesitation because the last thing Britney wants is to bring more attention to your ill-timed book and its misleading or outrageous claims about her,” Britney’s lawyer, Mathew Rosengart, reportedly wrote. “Although Britney has not read and does not intend to read your book, she and millions of her fans were shocked to see how you have exploited her for monetary gain. She will not tolerate it, nor should she.”

“You of all people know the abuse and wrongdoing Britney had to endure during the conservatorship, after initially growing up with a ‘ruinous,’ alcoholic father,” the letter continues, referencing their dad, Jamie Spears. “In fact, your own book reportedly states that your father ‘spent most of my life in that cycle of ruinous behavior. His bouts of drinking caused me periods of torment and sorrow.’” The Zoey 101 alum spoke more about her relationship with her family on Good Morning America, Nightline, and the “Call Her Daddy” podcast.

After Jamie Lynn told Nightline that Britney often exhibited “erratic, paranoid, and spiraling” behavior, including one time when she allegedly locked them in a room with a knife, Britney responded on Twitter. “Jamie Lynn... congrats babe! You’ve stooped to a whole new level of LOW... I’ve never been around you ever with a knife or would I ever even think to do such!!!” the pop star wrote, dismissing her younger sister’s claims as “crazy lies.” “NOW and only NOW do I know only a scum person would make up such things about someone....”

Britney also called out her sister on Twitter after watching her Jan. 12 interview on GMA. The “Oops!... I Did It Again” singer took particular issue with Jamie Lynn saying that her “behavior was out of control.” “She was never around me 15 years ago at that time,” Britney tweeted, “so why are they even talking about that unless she wants to sell a book at my expense.” These tweets came just a few months after the Crossroads star called out her youngest sibling for performing remixes of her songs at the Radio Disney Music Awards in 2017.

The sisters appeared ready to move on from their most recent social media spat on Jan. 15, when Britney wrote that she loves Jamie Lynn “unconditionally.” In response, the Sweet Magnolias actor made it clear that the love is mutual and asked Britney to call her directly so they could address matters privately. But considering Jamie Lynn has now been served a cease and desist letter, it doesn’t seem like they resolved their issues.

Elsewhere in the letter, Britney’s attorney wrote that she “will no longer be bullied by her father or anyone else,” especially after being “stripped her of civil rights and fundamental liberties” for over a decade. “Publicly airing false or fantastical grievances is wrong, especially when designed to sell books,” he added. “It is also potentially unlawful and defamatory.” Finally, Rosengart demanded that Jamie Lynn not smear Britney while promoting her tell-all. “If you fail to do so or defame her, Britney will be forced to consider and take all appropriate legal action,” he wrote.

More like this
Britney Spears Shared The Real Reason She Shut Down Her Instagram Account
By Brad Witter
Melanie Lynskey Plays A “Ruthless Leader” In 'The Last Of Us'
By Brad Witter
The Meaning Of Steve Lacy’s “Bad Habit” Lyrics
By Radhika Menon
Olivia Rodrigo Manifested Finally Meeting Demi Lovato
By Jake Viswanath
Get Even More From Bustle — Sign Up For The Newsletter
From hair trends to relationship advice, our daily newsletter has everything you need to sound like a person who’s on TikTok, even if you aren’t.