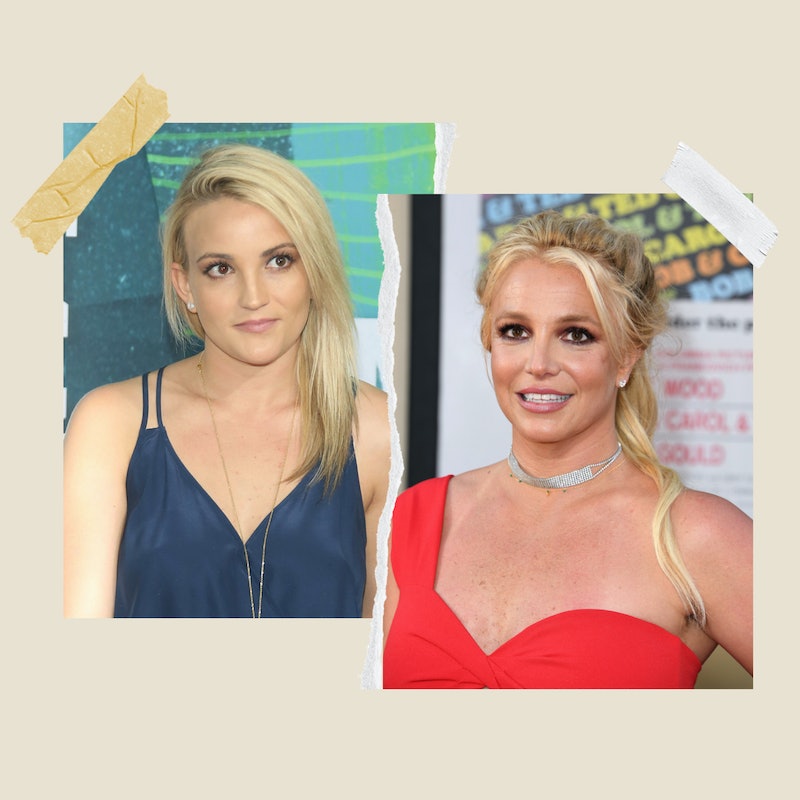 Jamie Lynn Spears is “happy” that Britney Spears is a free woman. On Wednesday, Jan. 12, the former Nickelodeon star appeared on Good Morning America to speak about her upcoming memoir, Things I Should Have Said, as well as her broken relationship with her older sister. In the interview, Spears revealed that she took several steps to help end the pop star’s conservatorship over the years, but ultimately there was only so much that she could do.

“I’ve always been my sister’s biggest supporter, so when she needed help I set up ways to do so,” Spears, 30, told GMA’s Juju Chang. “I went out of my way to make sure that she had the contacts she needed to possibly go ahead and end this conservatorship and end this all for our family.” Spears added that she didn’t see much of a reason for the legal arrangement, especially since it was tearing their family apart. “If it’s going to cause this much discord why continue it?” she asked.

When asked whether she agreed with the conservatorship or not, Jamie Lynn said it didn’t really matter what she thought. “It wasn’t about agreeing with the conservatorship,” she said. “Everyone has a voice and it should be heard so if she wanted to talk to other people then I set that up.” The Zoey 101 star even spoke to Britney’s legal team, which she said didn’t end very well. “I did take steps to help but ... she has to walk through the door,” Jamie Lynn said.

It’s worth noting that the actor was 17 and pregnant when Britney’s conservatorship first began. “I didn’t understand what was happening nor was I focused on that,” she said. “I was focused on the fact that I was a 17-year-old about to have a baby. I understand just as little about it then as I do now.” But there was a time when Britney asked Jamie Lynn if she could make sure her sons — Sean Preston, 16, and Jayden James, 15 — were taken care of.

To this day, Jamie Lynn’s relationship with Britney is on the rocks. After the singer’s June 23 court hearing, she took aim at her family multiple times on Instagram. In July, she blasted those who “never showed up” for her. She also wrote that the conservatorship “hurt [her] deeply” and called out Jamie Lynn specifically for performing remixes of her songs at the Radio Disney Music Awards in 2017. In November, she was released from her conservatorship but continued to air out her family’s dirty laundry. On Jan. 1, she kicked off the year by unfollowing Jamie Lynn on social media.

Despite their fallout, the author told Chang that the “love is still there” between her and Britney “one hundred percent.” “I love my sister,” she said. “I’ve only ever loved and supported her and done what’s right by her so I don’t know why we’re in this position right now.” And although Britney is upset with her sister for writing a tell-all, which she made clear on Instagram, Jamie Lynn felt it was time to tell her side of the story. “It was really important to me to honor my voice,” she explained. “I have to do it or else how can I expect my daughters to stand up for themselves?”

More like this
Britney Spears Shared The Real Reason She Shut Down Her Instagram Account
By Brad Witter
Twitter Is Having A Meltdown Over Buying Beyoncé Renaissance Tour Tickets
By Jake Viswanath
'Knock At The Cabin' May Start Streaming Sooner Than You’d Think
By Jake Viswanath
Beyoncé Just Announced Tour Dates: Here's How To Cuff Tickets To Her 2023 Shows
By Jake Viswanath
Get Even More From Bustle — Sign Up For The Newsletter
From hair trends to relationship advice, our daily newsletter has everything you need to sound like a person who’s on TikTok, even if you aren’t.