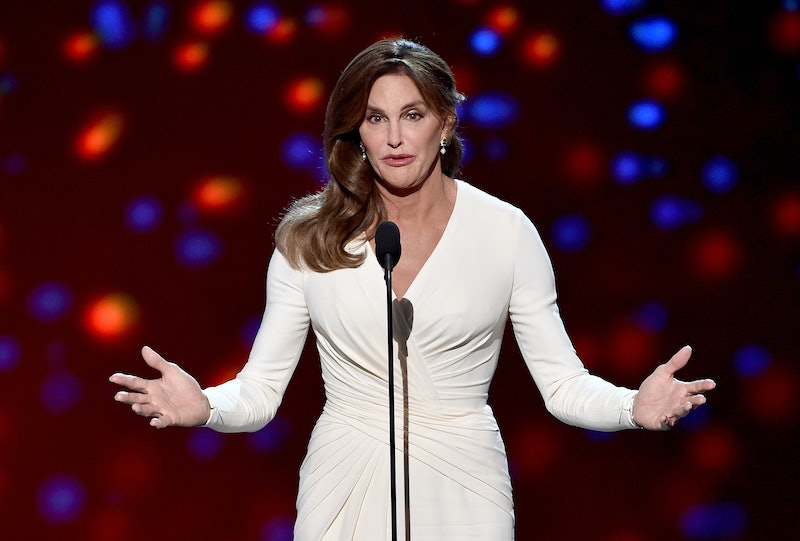 Caitlyn Jenner recently announced her plans to run for governor of California, and she’s already letting people down. The 71-year-old reality star is currently in hot water for supporting anti-trans legislation that would ban transgender children from playing on sports teams that match their gender identity. In a clip captured by TMZ, she also referred to transgender women as “biological boys,” leading many social media users to call her out for being transphobic.

“This is a question of fairness,” Jenner said when asked her stance on transgender women in sports. “That’s why I oppose biological boys who are trans competing in girls’ sports in school. It just isn’t fair. And we have to protect girls’ sports in our schools.” Later, she shared a link to TMZ’s video on Twitter, writing: “I didn’t expect to get asked this on my Saturday morning coffee run, but I’m clear about where I stand.”

“Cait... this ain’t it,” trans actor Trace Lysette tweeted in response to Jenner’s comments. “When you’re on hormones and or blockers there is not an advantage.” Writer Charlotte Clymer suggested that the former Olympian was only taking such a hard stance on the issue to appeal to her Republican base. “Caitlyn Jenner completely fails to understand the science here,” she tweeted. “This has not been a problem. The GOP is fabricating this issue and funding Jenner to claim this nonsense. She is about as credible as any paid shill.”

Jenner’s controversial opinions are especially frustrating because they come amid of wave of anti-trans legislation. According to People, the Human Rights Campaign reported that there were 192 anti-LGBTQ bills under consideration across the United States. 93 of them reportedly target transgender people. These bills come after recent moves by President Joe Biden to protect the trans community, including an executive order he signed on his first day in office combatting discrimination on the basis of sexual orientation and gender identity.

However, this isn’t the athlete’s only contentious take. Jenner recently tweeted her views on prison reform, which differ significantly from some members of her famous family. On April 24, Jenner slammed California’s current governor Gavin Newsom on Twitter for “releasing dangerous criminals back on to our streets.” But as fans of Kim Kardashian know, she has been working for years on reforming the prison system and even collaborated with former President Donald Trump to get non-violent prisoners released from jail.

According to TMZ, Caitlyn’s “tough on crime” mindset doesn’t sit well with the SKIMS founder. Furthermore, the outlet recently reported that the Kardashian-Jenner family has no plans to support the I Am Cait star on the campaign trail. Her sons — Brody, Brandon, and Burt — are also reportedly “embarrassed” that she is running and they don’t think she’s qualified. In fact, they “strongly suggested she pump the brakes” on her campaign before she announced her plans to run in late April.

At this point, it doesn’t seem like Jenner has any plans to back out of the race. “California has been my home for nearly 50 years,” she said in an April 23 press release. “I came here because I knew that anyone, regardless of their background or station in life, could turn their dreams into reality.” Jenner then went on to criticize Newsom’s administration for putting “politics over progress and special interests over people.” “Taking on entrenched Sacramento politicians and the special interests that fund them requires a fighter who isn’t afraid to do what is right,” she continued. “I am a proven winner and the only outsider who can put an end to Gavin Newsom’s disastrous time as governor.”