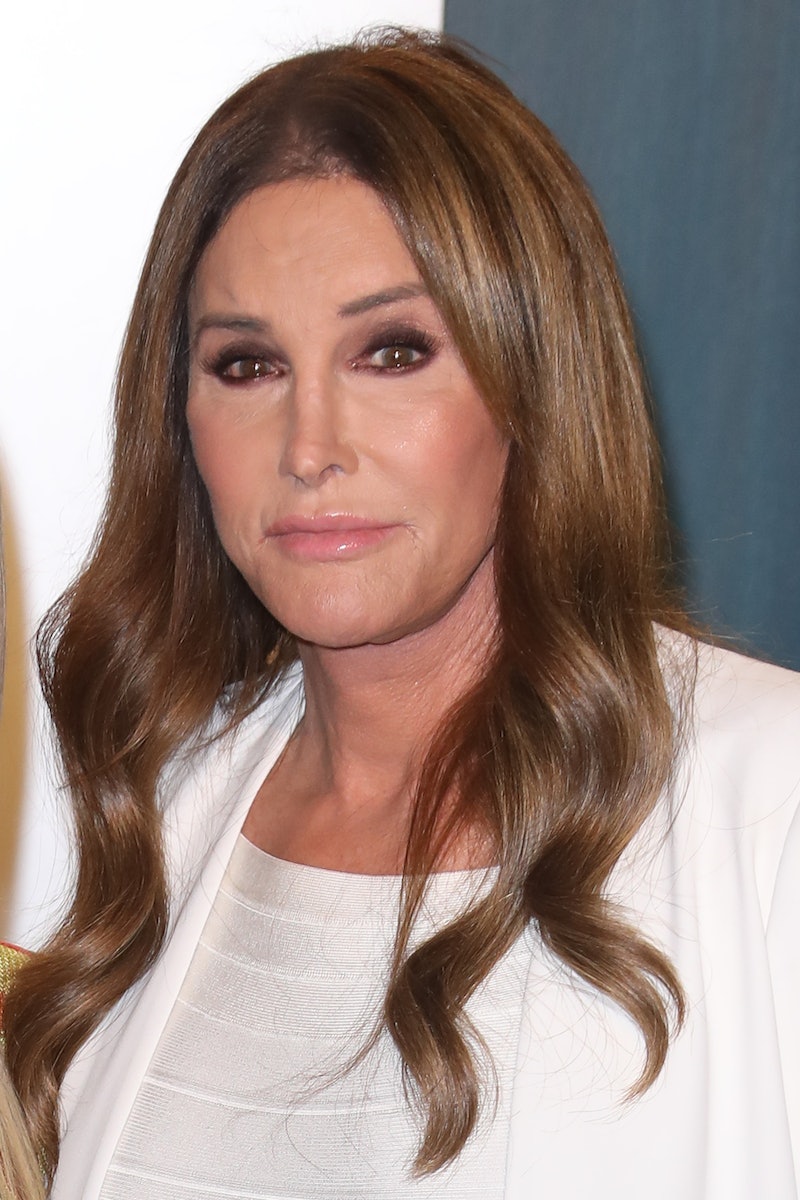 While most of the Kardashian-Jenner family has remained silent on the topic of Kanye West's recent headlines, one person is chiming in. During an appearance on Good Morning Britain on Monday, Caitlyn Jenner commented on Kanye West's presidential bid, and seemingly alluded to current controversies surrounding the designer/rapper on Twitter. "Honestly, I don’t know," she said when asked what was going on with West. "Since all of this has come down, I’ve kind of just watched it go down."

Jenner didn't comment on West's personal life or rumored problems with his wife, Kim Kardashian, but she did confirm that Kanye is living in Wyoming. The reality star added that she wished the rapper well and despite the difficult situation, "he’s a really good guy." The statement is the first from a Kardashian-Jenner family member since Kardashian herself posted a statement about Kanye's mental health, following the rapper's erratic behavior on Twitter and the announcement of a presidential bid.

"As many of you know, Kanye has bi-polar disorder," she wrote, adding that she chose not to discuss his mental health struggle in public for the sake of his privacy and their children. However, she felt she had to post the message "because of the stigma and misconceptions about mental health." Then, she urged fans to exercise "compassion and empathy," and added, "Those who are close to Kanye know his heart and understand his words sometimes do not align with his intentions."

On Monday, Jenner reiterated this sentiment during her interview with GMB, saying that Kanye has been "the most kind, loving human being," and calling him "he’s been the best friend." She added that her son-in-law has been, "extremely supportive" and that he's, "a good person, he's got a big heart."

The reality star declined to comment on Kanye's presidential run, saying, "I can’t even go there." Due to the extreme political climate in the United States, she didn't want to make a public statement. "We’re living in such a political environment. I don’t even want to talk about politics anymore." She added: "I'm just kind of over it." That said, last month in July, Jenner joked that she wanted to be West's vice president, saying she texted the rapper about getting on the ticket. On Monday, Jenner clarified that the comments were a joke, and once again emphasized that even though Kanye "deals with things like everyone else in their lives and he's dealing with those things," he's "a good person."

After Kanye made incendiary comments in a now-deleted series of tweets and during a campaign event, fans online were swift to make light of the situation, drawing a rebuke from Kardashian, as well as other celebrities such as Demi Lovato and Halsey, and mental health advocates. It's clear that the rapper's friends and family all have his health top-of-mind, and Jenner is the latest to wish him well.