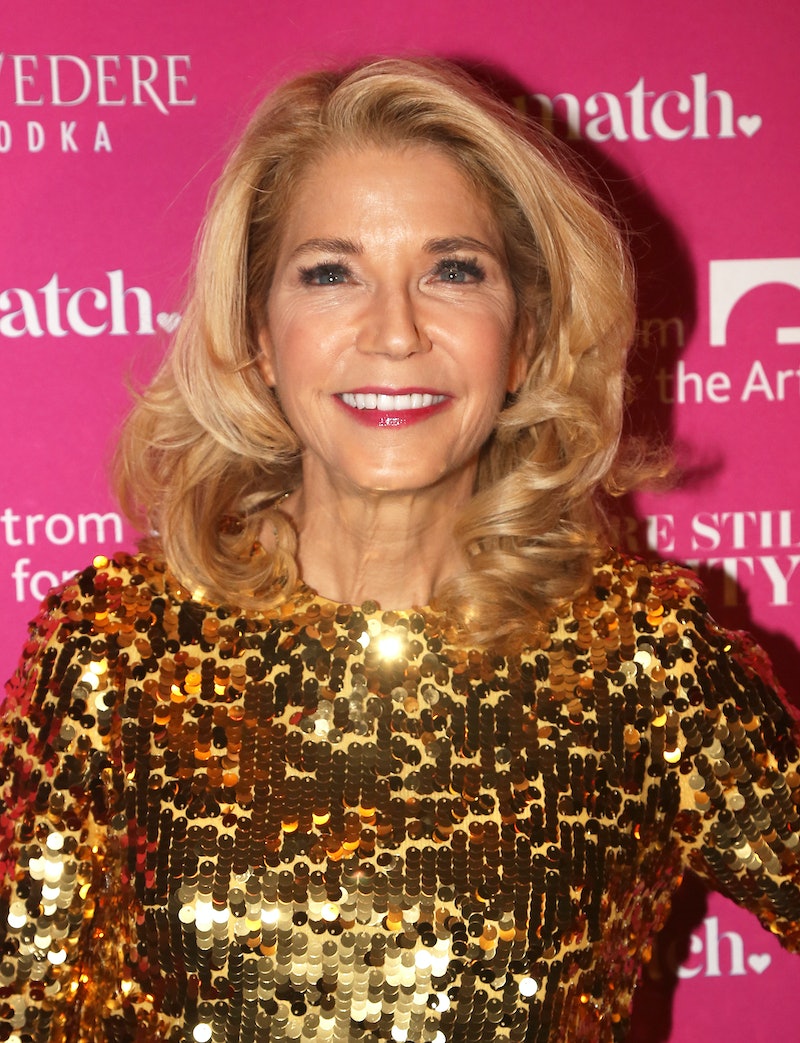 For nearly 25 years, Sex and the City has been considered a capsule of single womanhood in the ‘90s. Looking back, there’s a lot the show got right about the shifting ideologies at the time: the casual sex culture, the focus on women’s professional ambitions, and yes, the going out tops. But there are also some aspects of the series that veered away from the feminist autonomy original Sex and the City author Candace Bushnell spent years capturing: the risking it all for a guy, the dreaming of a traditional wedding. “Let me just say, I didn’t know any women who were like [Charlotte],” Bushnell tells Bustle with a laugh. “Most of my friends were like Samantha. We were pretty free-wheeling.”

Still, Bushnell remains a fan of the original show, and now both she and HBO Max are revisiting the world of Carrie Bradshaw: HBO with its SATC reboot And Just Like That, which Bushnell is not involved in, and Bushnell with her one-woman off-Broadway show Is There Still Sex and the City?, which tells the origin story of her famed New York Observer column and how she created the character of Carrie Bradshaw. The show opened the same night that And Just Like That premiered, meaning both Bushnell and Carrie made their glamorous return to New York together. “[New York] is not the place to come and find the love of your life,” Bushnell, who’s since moved near the Hamptons, says of her decades in the city. “It is the place to come and find a life, to find a career, [and to find] female friends [who] become family.”

Below, Bushnell reflects on Sex and the City’s legacy, the Carrie Bradshaw accessory she can’t stand, and her secret to staying close to her own Miranda, Samantha, and Charlotte 20 years later.

Now that the story has evolved over several decades, who is your favorite Sex and the City character?

My friends and I always used to joke that, in real life, Carrie, Miranda, and Samantha would be friends and Charlotte would not be friends with them. Charlotte was manufactured to provide that romantic [archetype] of, “Oh, I want to find a man.” I didn't know women who were like that. I had my Charlotte, who was wealthy and nice and one of my best friends. So I would say those three, but Charlotte has great qualities. Hilarious things happen to Charlotte.

Reflecting back on the original show, is there an episode or wild moment that you’re particularly fond of?

When Samantha dates the modelizer, when Carrie dates the younger guy and then goes to his house and he has no coffee filters or toilet paper, when Carrie gets caught smoking pot by that guy's parents. In those early episodes, the characters were a little bit more badass, and that was really the way women were in New York. We weren’t trying to fit in and be part of society, we weren’t being good girls, we weren’t sugar and spice and everything nice. It was the woman vs. society thing. That worked so well in those first two seasons.

Do you have a favorite of Carrie’s many lovers, boyfriends, and flings?

Not really. I guess Mr. Big. I was never an Aiden fan. The answer is no, I don't have a favorite [laughs].

Do you have an outfit or look from the series that you still think about?

One thing I always hated was that flower [Carrie wore in Season 3]. Ugh, god! The first craziest outfit is when she goes to the park and she is wearing lederhosen. I thought, “Wow, that's fantastic, they’re really going there.” The newspaper dress was great too.

Was there anything about the show that was hard for you to watch, being that it was based on your life and friends?

When Carrie cheats with Big. That was when a part of me separated from Carrie Bradshaw. That is something I would never do.

Did it ever stress you out that people so often conflate you with Carrie, especially as she did these sometimes awful things?

I don't pay that much attention to what people think of me or what they think of Carrie Bradshaw. I don’t give a f*ck, honestly.

After years of guesswork, your one-woman-show finally explains Carrie Bradshaw’s origin story. What was it like to revisit that era of your life, and hers, on the stage?

It is the origin story — the origin story of Carrie Bradshaw and the TV series. People don’t understand how much I created that show, how much this Sex and the City woman was a part of my life and was something that I was analyzing and defining and living. It was really anthropological and about so much more than fluffy clothes and shoes. [For me, the story] was really about women who had careers and who were able to live without relying on a man and without having children, who were able to be truly independent.

What’s your enduring philosophy about friendship? How have you managed to keep these connections with your own Samantha, Miranda, and Charlotte alive since your 20s?

It gets harder. Show up in person as much as you can. I actually moved to Sag Harbor because my two best friends were living there. I do holidays with my girlfriends and that sort of thing. It’s about making a real commitment to these friendships. When people get married and have kids, that really changes the dynamic. But kids grow up, people get divorced, they move, and that brings those friendships back together again.