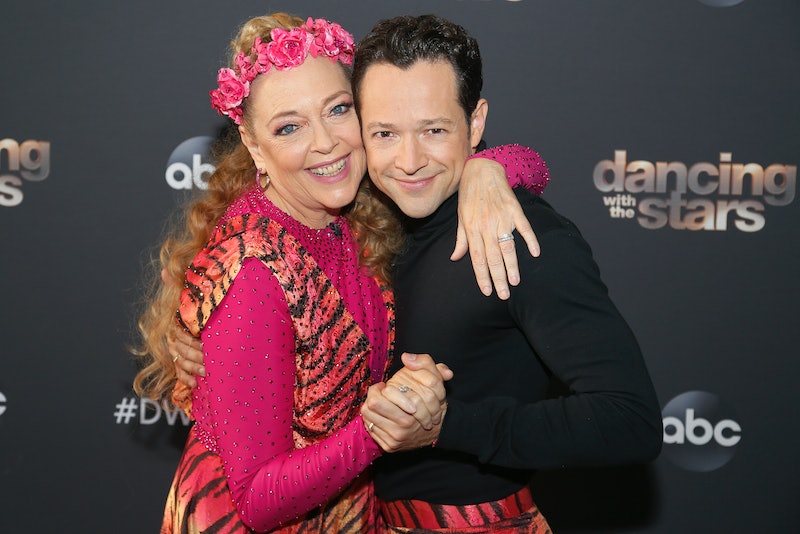 Carole Baskin isn't about to let anything distract her from the Mirrorball trophy — not even the continuing accusations that she was involved in her ex-husband's disappearance. The day after she made her debut on the reality TV competition, Carole Baskin responded to the Dancing With The Stars commercial from her missing husband's family, in which they implied that she may have been involved with his mysterious disappearance in 1997.

In the clip, three of Don Lewis' daughters — Gale, Lynda and Donna — his former assistant, Anne McQueen and the family's lawyer, John M. Phillips, ask the viewers watching at home to share any information they may have with authorities. "[Lewis'] family deserves answers. They deserve justice," Phillips says at one point in the commercial, which aired in the Florida area on Sept. 14. "Do you know who did this, or if Carole Baskin was involved?" The commercial adds that the family is offering a $100,000 reward for any information, and shared a tip line for people to call in and share anything they know about Lewis' disappearance with authorities.

Though the commercial made headlines shortly after Baskin's DWTS debut, the animal activist told Entertainment Tonight that she's not bothered by the Lewis family's actions. "I have not seen the ad. I am not at all surprised," Baskin told the outlet. "It's just been a huge publicity stunt on their part so what more could they possibly do than that?"

As Tiger King viewers learned in the Netflix reality series, Lewis mysteriously disappeared in 1997 the night before he was due to travel to Costa Rica; the following year, his daughter Donna Pettis accused Baskin of being involved in his disappearance in an interview with People, though the Big Cat Rescue founder was never charged. (Lewis was declared dead in 2002.) Despite the fact that she has repeatedly denied any knowledge about or involvement in his disappearance, the accusations against her gained a new level of support thanks to her rival, Joe Exotic, and the popularity of Tiger King.

"The series presents this without any regard for the truth or in most cases even giving me an opportunity before publication to rebut the absurd claims. They did not care about truth. The unsavory lies are better for getting viewers," Baskin wrote about the Tiger King producers in a blog post published in March. She later added that while "Don was not easy to live with," she "never threatened him and I certainly had nothing to do with his disappearance."

Thanks to the show's success, Baskin eared a lot of fans, and a lot of haters, who she encouraged to "find something to do that's worthwhile with your life." She continued, telling ET, "spending time worrying about what I'm doing is probably not a really good use of your time."

As far as Baskin is concerned, all of the attention she gets online and in the press is just another way for her to raise awareness for Big Cat Rescue and her mission to outlaw the ownership of exotic animals in the United States. "I'm not worried about what people say because even when they're saying things that [are] negative, it's keeping the conversation out there [about cats] in the public eye," she explained. "As long as I can keep that conversation out there, I can keep the cats in the spotlight and that's my goal."