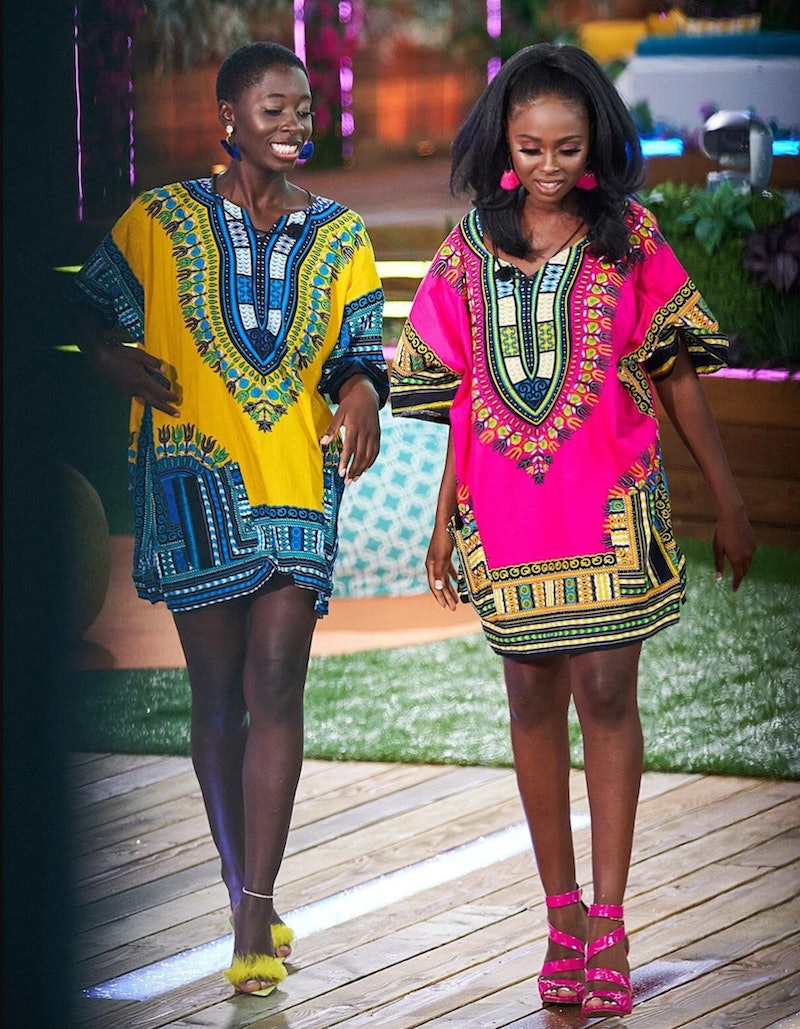 At the beginning of this season of Love Island US, Trina and Cashay, the two Black women in the Villa, made an agreement unlike any we’ve seen on the show before. “I feel like we can relate in so many aspects of this thing,” Trina tells Cash in Episode 3. They agree that they need to support each other no matter what drama unfolds. “It is hard for Black women,” Cash replies. “It’s nice that I can talk to you about things no one else can understand. I have you.”

From my own experience watching reality dating shows, I understood what they meant. Black women are often side characters with underdeveloped storylines or are ultimately not “chosen” for love on these shows that already reduce women in general to stereotypes of being jealous, overly competitive, and desperate to hook a man because he is the prize. Most recently, I think of Kaz from this season of Love Island UK, who was left to fend for herself among a crowd of male Islanders whose types included “blonde hair, blue eyes, and tanned skin” until Tyler entered the Villa midseason with his sights set on her.

On the second episode of the “As You Should” podcast, Love Island US Season 2 contestant Cely Vasquez and winner Justine Ndiba discussed the pros and cons of their reality TV experiences. They both cited stress as a major con, but for different reasons. Vasquez said the pressure of the show took a toll on her body, adding that even though she was selected by multiple men in the show’s first coupling, she felt intimidated by her beautiful female costars. For Ndiba, the cons were wrapped up in the knowledge that on both the US and UK versions of the show, Black women like her never prospered in finding love. Though she and her partner Caleb Corprew went on to be the first Black winners in Love Island franchise history, the beginning of her journey looked like it would reflect that same pattern. “I’ve watched all the UK, all the Australia seasons,” Ndiba told Vasquez on the podcast. “And I’m telling you, the Black women on this TV show have had just not the best luck. We’re not the most desirable in an environment like this.”

Desirability is the least we deserve to see Black women experience on their journeys to find love. But we see it so rarely on our dating shows — especially for dark skinned Black women — that when they are wanted and treated as romantic beings it’s kind of sensational for those of us who look like them. We become committed to them as characters and try to will them success. While not everyone supported Cash’s decisions during her time on the show (her likability seemed conditional after she wavered in her commitment to her Casa Amor partner Charlie), her supporters would say things along the lines of the hashtag on her recent Instagram post: #andwegonnstickbesideher. Sticking beside Cash meant allowing her to be human and make sometimes messy decisions because we relate to her and want to see her succeed regardless. We wanted to see a Black woman who was flawed, emotional, and trying her best even if her intentions didn’t always translate to overall impact.

As the Cash/Trina/Cinco love triangle took center stage as the main drama this season, the downside to the two dark skinned Black female Islanders being desired became that they both were desired by the same man. Their original pact to have each other’s backs was complicated by this, and it would have been understandable if the situation ended up changing their relationship. Twitter took sides between the two women, villainizing Trina for going after Cinco while he was coupled up with Cash and even accusing her of fake crying. It made me think of how often Black women, forced to be stoic and cool, are not given the space to be upset when they can’t hold it in anymore. Cash also received some backlash online for plotting with another islander, Olivia, to get Cinco back from Trina.

But no matter how strained their relationship became, Trina and Cash maintained a level of grace and respect for each other that showed a commitment to their sisterhood. They heard each other out when feelings were hurt, gave each other space to be angry, and consistently refocused their energy towards Cinco’s inability to make a decision between them instead of making enemies of one another.

It’s important that they remained kind to one another even when they didn’t have to. Trina and Cash’s commitment to communication with one another was more impressive than any of the actual couple pairings I’ve seen this season. (Cinco himself should definitely take notes from his two love interests.) I rooted for both of them to find love on this season, but following the pattern of most previous Love Island seasons, it looks like things won’t pan out that way for either of them, though the story of Cinco and Cash continues off the show on Instagram.

But regardless of how many of the relationships on the show work out on or off the island, there’s one scene that will stick with me. When Cash was eliminated, she hugs Trina in their matching dashikis that Trina gifted Cash from her family in Kenya. “Cash became more than a friend, she is now my forever sister,” Trina told PEOPLE. It’s a bigger testament to how healthy relationships are built and sustained than anything else we’ll see from this season. If anyone deserves the cash prize, it’s these two.