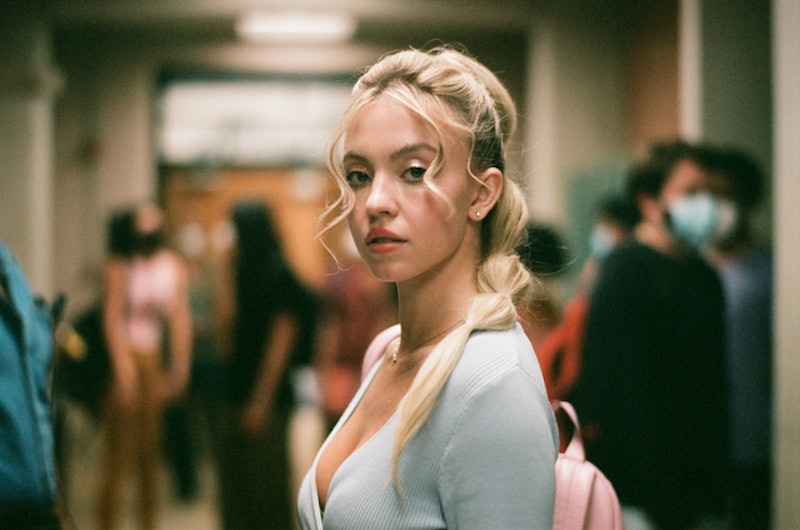 In any given Euphoria episode, you can expect to see someone naked. But one character, in particular, seems to be sans clothes more than most: Cassie Howard, played by Sydney Sweeney.

Though only three episodes into Season 2 of the HBO teen drama, Cassie has already been depicted topless several times, and fans have pointed out online that the scenes sometimes feel gratuitous and excessive. But in an interview with the Independent, Sweeney, 24, said that she’s never felt uncomfortable on set and in fact spoke to creator Sam Levinson about taking out nude scenes that she considered unnecessary. “There are moments where Cassie was supposed to be shirtless and I would tell Sam, ‘I don’t really think that’s necessary here,’” the actor explained. “He was like, ‘OK, we don’t need it.’ I’ve never felt like Sam has pushed it on me or was trying to get a nude scene into an HBO show. When I didn’t want to do it, he didn’t make me.” (Euphoria also has an intimacy coordinator).

This differs from Sweeney’s experiences on past projects. “I’ve had experiences where I want to go home and scrub myself completely raw because I feel disgusting,” she told the Independent, pointing to a particular incident in which a director refused to make changes to the script. “I didn’t feel comfortable with my cast mate or the crew, and I just didn’t feel like my character would be doing it. That made me even more self-conscious. I didn’t feel like I was able to speak up.”

Sweeney has also been frustrated by the focus on her nudity in Euphoria, adding that she thinks there’s “a stigma against actresses who get naked on screen.” “When a guy has a sex scene or shows his body, he still wins awards and gets praise. But the moment a girl does it, it’s completely different,” she said.

She points to the difference in reception to her roles in Euphoria and HBO’s hit satire White Lotus, on which she played a privileged teen on vacation with her family in Hawaii. “This is something that has bothered me for a while. I’m very proud of my work in Euphoria. I thought it was a great performance. But no one talks about it because I got naked,” she said. “I do The White Lotus and all of a sudden critics are paying attention. People are loving me. They’re going, ‘Oh my God, what’s she doing next?’ I was like, ‘Did you not see that in Euphoria? Did you not see that in The Handmaid’s Tale?’”